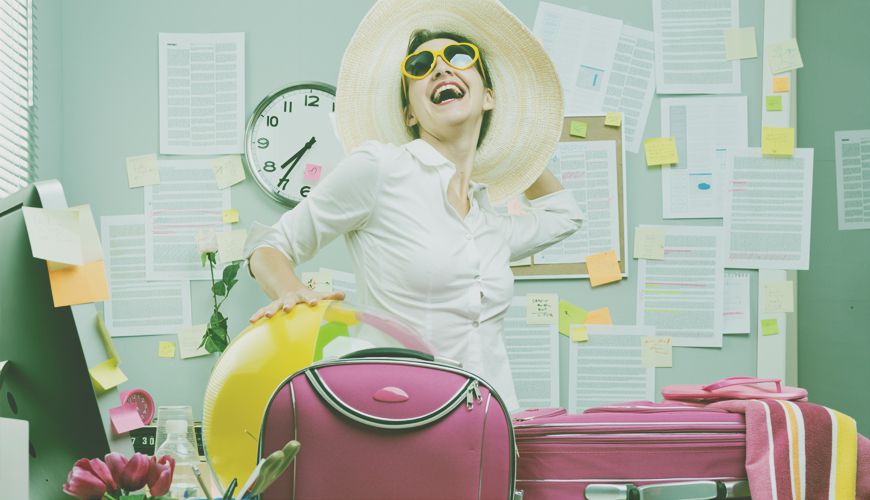 It’s an increasingly popular strategy, used to good effect by the likes of Netflix. But it’s also copped its fair share of criticism, largely due the fact that employees often end up taking less time off than if it had been defined. A major reason for this is that staff no longer know how much leave is actually acceptable to take.

As a result, companies such as Tribune Publishing and Kickstarter abandoned their unlimited leave policies shortly after implementing them.

So how can SilverBridge ensure it doesn’t face the same fate?

One major thing in the insurance software company’s favour is that it didn’t just take its existing leave policy and write “unlimited” next to “leave days allowed per annum”.

Instead, it’s almost entirely reworked the way leave is managed.

Rather than having a manager approve leave, for instance, individual teams evaluate how best to organise themselves and plan accordingly in terms of business deadlines and deliverables.

That makes sense for a couple of reasons. First, it allows managers to focus on higher-level business decisions. Secondly, it backs up any claim SilverBridge might make about trusting its employees to do the job they’ve been hired to do.

“Many traditional HR practices were developed at a time when the workplace was substantially different from what it is today,” says SilverBridge COO Lee Kuyper. “If we expect our employees to trust us in terms of the strategic and leadership decisions, why should we not trust them with the work they are responsible for and the time they take off? There is nothing more senseless than a good employee missing an event in their child’s life because there is not leave available”.

Part of a team

This team-based approach, SilverBridge claims, is crucial in ensuring that neither employees nor management abuse the system.

“The way we are doing this focuses on giving accountability to the teams within SilverBridge on how best to achieve their objectives,” says Kuyper. “There is still an ‘approval’ before someone can take time off, but this has two fundamental differences from just having a manager approve leave.”

Firstly, the team decides whether the time off is possible given their collective objectives. This ensures they manage the impact of someone going on leave. Secondly, the mind-set with which this is approached comes from a perspective of how it can be made possible instead of how to police it.

“Like any other attitude or behavioural problem, it will be difficult for an individual to continually abuse the policy at the cost of the team if that team is able to deal with it,” Kuyper says.

According to a press release sent by SilverBridge, this approach was just one of the lessons it took out of around what has and hasn’t worked in other companies around the world.

Another lesson it took is that unlimited leave can’t just be treated as a benefit, but should be part of a holistic employee engagement strategy.

Its other initiatives include counselling services, providing financial advice, offering Pilates classes, a Wellness Challenge, giving employees the opportunity to randomly select someone in the organisation to receive a cash reward (Buying Happiness), and an internal initiative (Awesome Projects) incentivising employees who come up with innovative ideas that help drive business success.

“We believe that expectations of employees who want increased flexibility is becoming the norm,” says Kuyper. Rather than see this as a threat and try to fight against this, we choose to use it to our advantage.”

Leading from the front

It’s worth noting however that all the above counts for nothing if it doesn’t result in a culture of people taking leave when they need to. And for that to happen, the most influential people in the company (the leadership in particular) have to live that culture.

Without that, it doesn’t really matter how much leave you have. Early in my career, for instance, I worked at a startup with a generous leave policy. But because it always felt like there was too much work, I never felt comfortable making the most of it. As a consequence, I left with more than a month’s leave owed to me.

In SilverBridge’s case, it’s likely that for the policy to succeed, the company leadership doesn’t just need to use the policy well when it comes to their own leave. It also needs to touch base with its various teams, see who looks like they need a break, and give them a nudge in the right direction.