5 Things you need to understand about the workation phenomenon 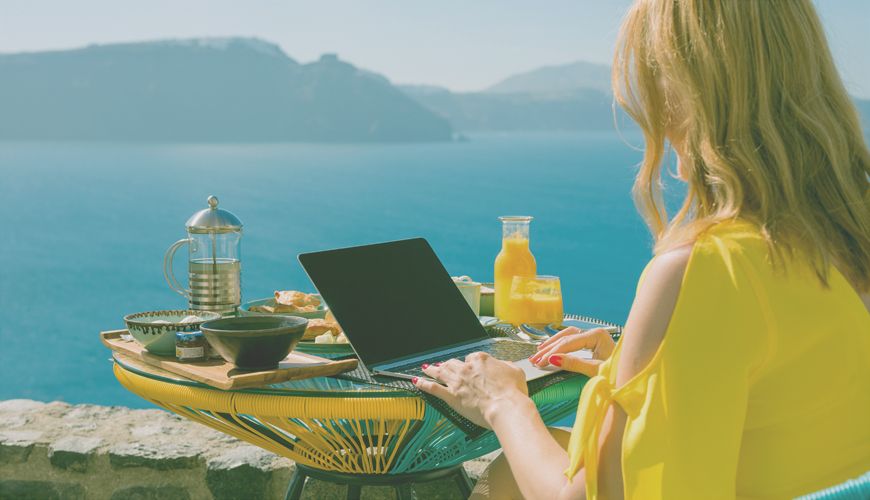 For knowledge economy workers in particular, the world of work is radically different from what it was even a decade ago. Or, more accurately, it has the potential to be. While some companies still insist that everyone congregate in the same place for a set period of time every day, others have realised that things can be a little more flexible.

The most forward-looking companies now allow their employees to work while they travel the world.

Known as a workation, this trend allows people the freedom to travel without losing out on vacation time.

While some have lambasted workations as just another intrusion on already fragile work-life balances, they can be a way for workers to gain a fresh perspective on their jobs outside the day to day stresses of the office.

If that sounds enticing, here are some more things you should understand about the workation phenomenon.

They should never replace vacations

Let’s be absolutely clear about this: a workation is not about expecting your employees to work while they’re on vactation. Any company worth its salt knows that vacation time is designed to allow their employees time to rest and recharge.

In most instances, a workation should instead be thought of as remote working taken to its logical extreme. If you trust an employee to do their job in one remote location, why shouldn’t you trust them to do it in another location halfway around the world, or in several locations through the course of a week?

You can do it as a team

When most people picture a workation, they probably imagine a solo traveller, or maybe a couple, working out by day and exploring exotic locations in the evening.

While this is often the case, workations can also be a team affair. Think of it as working retreat on steroids.

Rather than spending a few days with your team in a lodge a few kilometres outside town, cheap airfares mean you can take your team to another country.

There are companies that cater to it

If you do decide to do a team workation, there are companies that will cater to your various needs.
Surf Office, for instance, is a European based company that specialises in company retreats, catering to anywhere from five to 80 people.

It promises organisations “authentic local experiences” while providing them with all the tools they need to be productive throughout.

Catering more to individual “workationers”, a whole host of co-working spaces have sprung up in exotic locations around the globe.

If you’ve ever thought that dealing with your inbox would be much more bearable if you were looking out on a tropical beach, these places are a chance to test that hypothesis.

For a guide to co-working spaces around the globe with incredible views, why not take a look at this article we published a little while back?

Some people now do it permanently

Given the allure that travel can have, especially in comparison to an ordinary office, it should hardly be surprising that some people have adopted the workation lifestyle permanently.

With a lack of internet access now the exception rather than the norm, it really is possible to make the entire world your office.

The earliest proponents of this lifestyle were freelancers, but as remote work has become more common, it’s become viable to an increasingly large number of people.

Perhaps the ultimate statement of what it’s possible to achieve on a permanent workation, however, comes from the people who’ve built full-fledged businesses while traveling the globe.

Some have even written books on it.

It’s not for everyone

Ultimately, organisations are made up individuals with different wants and needs. Just as allowing people to take a workation is a recognition of that, so is realising that it may not be for everyone.

Some people would rather just go home at night than hunt out the coolest night spot in an exotic location, and that’s okay.