8 UAE tech startups out to transform the workplace 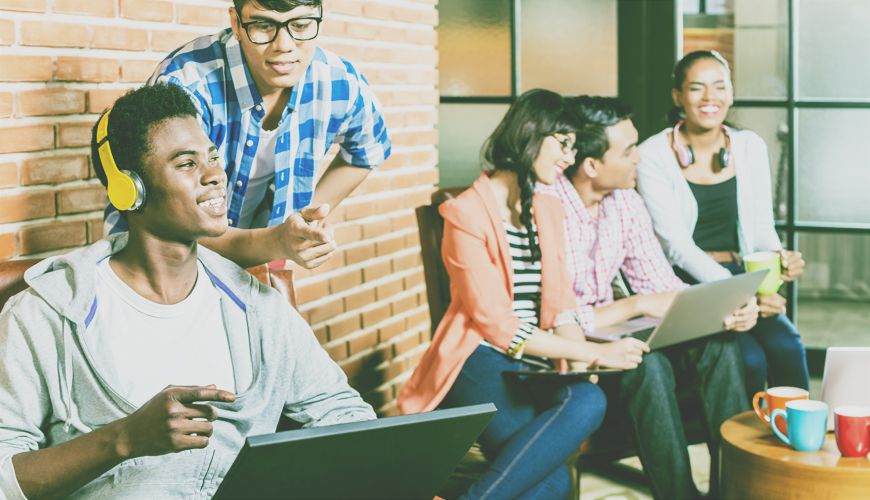 Think about business in the UAE for a moment. A couple of decades ago, there was oil and not much else. Then, an increasing number of international companies started to arrive, signalling the country’s arrival as international trade destination. Recognising the need to invest in the future, the UAE is now out to build its startup credentials.

There are dozens of accelerators, incubators, and coworking spaces, all designed to help build the next wave of tech companies.

Many of these startups have built technologies designed for the workplace. Here are a few of them.

Nibras is an e-learning platform that aims to help professionals across the Arab world achieve sustained career development.

It has a library of more than 250 courses, covering topics such as banking, management & leadership, applied personal development, commercial skills and professional efficiency.

Founded in Dubai in 2012, Nabbesh connects freelancers with companies who need their services.
While the site targets the Arab world in particular, it also allows companies to connect with freelancers from emerging markets.

Nabbesh has worked with a number of top-end clients, including General Electric, IBM, and Infamous Studios.

OfficeRock began life as LionsRock General Trading in 2011. Back then, it traded in office supplies focusing on hotels, hospitals and banks.

After inking deals with major suppliers around the globe, the company launched its own online platform in 2013 and received investment from Jabbar Internet Group.

Couple that platform with its warehouse and fleet of trucks, and it’s ideally positioned to look after the stationery needs of businesses in the region.

While some of the startups on this list are service-based, WrappUp is a pure technology play. In essence, WrappUp is a voice recording tool which helps you summarise your meetings and highlight what’s important.

Available as a mobile and Slack app, WrappUp uses a combination of natural language processing, artificial intelligence, and Machine Learning.

Since winning the grand cash prize at Angelhack’s Demo Day in Silicon Valley, the startup has worked with the likes of IBM and Microsoft to deploy the product in the best way possible.

When it comes to organisational tools, you don’t get much bigger than SharePoint. Thing is, it’s not exactly pretty, nor is it easy to stamp your corporate identity on it. Enter ShortPoint.

Founded in 2013, ShortPoint aims to provide users with easy to use web design, UI and user experience tool which can be added to any enterprise web software.

The tool, it says, aims to simplify the digital content creation and management and to boost collaboration, productivity, and adoption.

The genesis for SocialDice came about when founder Saed Shela urgently needed to fill a technical position at his previous company. The opening was placed on several job portals and social media outlets such as Facebook and Linkedin. Within days Shela’s inbox was flooded. Great, but how was he supposed to drill down and find the best candidates?

That gave him the idea to use technology to seamlessly integrate job requisition placement, CV aggregation, and relevant candidate discovery.

Using the SocialDice platform, employers can manage the whole hiring process from one place, and seamlessly conduct interviews, collaborate with their hiring teams and build meaningful relationships with their candidates.

Regular Engage Me readers know all about Flabuless. Capitalising on the employee wellness trend, Flabuless makes it easier for companies to incentivise their employees to be active and healthy.

It does this using a platform, accessible to employees via mobile app, which allows companies to set health and fitness goals. Employees who achieve those goals can unlock rewards, including a variety of food, health, and fitness partners.

Another company previously featured on Engage Me, Fluidmeet is an online marketplace for office and corporate eventing spaces.

People in need of meeting rooms, fully serviced offices, and desks at co-working spaces can book them on an hourly or daily basis.

Companies with unused spaces, meanwhile, can hire them out on the platform.

Does your UAE-based tech startup build product for the workplace? Let us know in the comments section below.