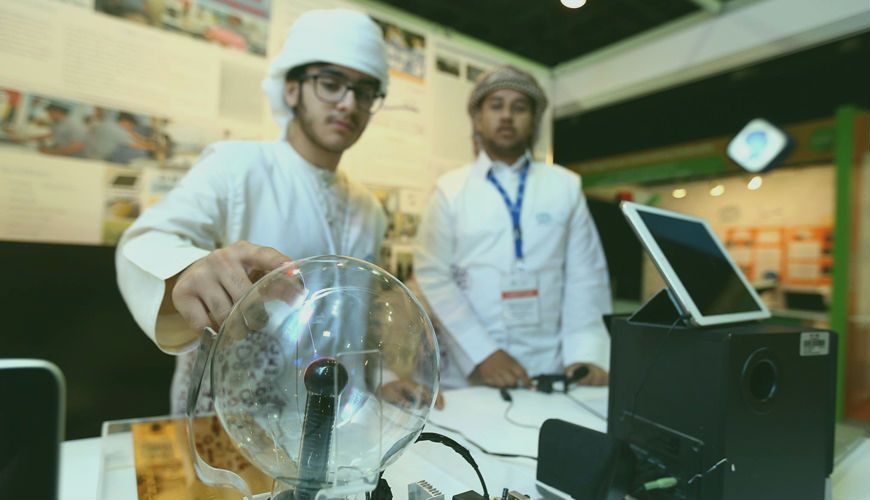 As the UAE increasingly looks to innovation to secure its future, it’s looked for ways to incentivise new ways of thinking.

While the most obvious manifestation of this can be seen in the entrepreneurial space, it’s actually happening in a variety of sectors within the country. Small wonder then that that the UAE was this year named as one of the world’s top 10 countries for community innovation.

But how can you get involved in this push for innovation? Well, if you’re a small player, there are a fair number of competitions you can enter.

Here are a few of them.

Created through an agreement between Dubai Electricity and Water Authority (DEWA) and the Department of Energy of the United States of America, Solar Decathlon Middle East is rooted in the housing space.

The houses use solar energy as the only energy source and are equipped with all the technologies that permit maximum energy efficiency.

During the final phase of the competition, teams assemble their houses in a main expo area, open to the general public, while undergoing the 10 contests that make up the competition.

Prizes of AED 10 million are set for the winning teams.

Sponsored by The Emirates Foundation and run in partnership with the Ministry of Education, the competition is open to people aged 15-35 from public/private schools and universities from across the UAE.

The idea behind the competition is to encourage young people to design, develop and build science based innovations, and to apply science skills in solving practical problems.

Given out annually, the Zayed Future Energy Prize, celebrates achievements that reflect impact, innovation, long-term vision and leadership in renewable energy and sustainability.

The prize is actually awarded across a variety of categories, with large corporations, small and medium enterprises, non-profit organisations (NPO/NGO), and high schools each awarded individual prizes.

In order to win, entries must reflect impact, innovation, long-term vision and leadership in renewable energy and sustainability.

One of the biggest entrepreneurial events in the UAE, AIM Startup was launched in 2017 as an initiative of the UAE Ministry of Economy to connect promising startups with investors and business partners from other parts of the world.

As well as talks and networking opportunities, the event includes an innovation showcase and pitching competition, with prizes up US$50 000 up for grabs.

Taking place during the GITEX Superstars event, the Supernova Challenge is a pitching competition that comes with some serious cash prizes.

Entrants are given three minutes to pitch their startups to a panel of international judges.

The winning startup will grab US$100 000, while winners in the Best in Geography & Best In Class categories are given US$1 000 prizes, and Best Arab Startup, Best Youth Startup, Most Disruptive Startup, Best Female Led Startup winners each walking away with US$10 000.

Are you involved in a UAE-based innovation competition? Let us know about it in the comments section below and we’ll consider adding it to the article.