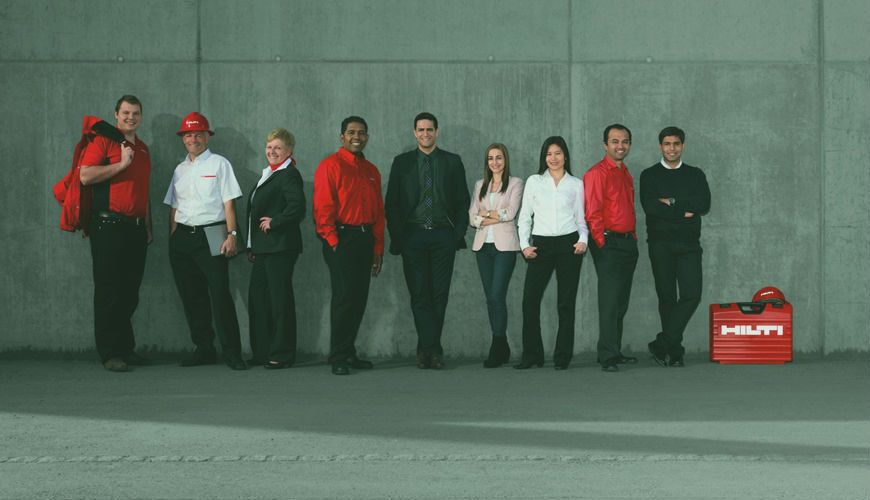 The UAE is one of the most competitive employment markets on the planet. You only have to look at the country’s high employee turnover rates to see that.

It’s become more important than ever, therefore, for companies to put increased effort into attracting and retaining employees. As a consequence, the role of HR departments has become outsized, evolving far beyond their original function.

With that in mind, it’s worth looking at who’s in charge of HR at some of the best-rated companies in the UAE.

DHL Express has long been one of the highest-rated companies in the UAE to work for. Since 2005, Anu Daga has played an increasingly large role in ensuring it maintains that reputation.

Educated at the University of Wollongong and holding an MBA from Murdoch University, Daga has been with DHL almost her entire career, taking on the mantle of HR Manager in 2013.

In a 2017 interview with Engage Me, Dagu said that the reason DHL Express is such a desirable employer is because it views its employees as the key to its success as a business.

“At DHL we take pride in our reputation for our excellent service standards and this can only be achieved if we have people who are motivated, driven and engaged,” she told us.

Splash is the Middle East’s largest fashion retailer with more than 200 stores in 14 locations around the globe.

That translates into a lot of employees. Looking after their welfare for the past eight and a half years has been Deepak Malathi.

Educated in HR, psychology, and business administration, Malathi worked at Al-Futtaim and Better Homes prior to joining Splash.

Another global player that consistently appears on “best place to work” lists in the UAE, Estee Lauder employs just over 100 people in the country.

Looking after HR at the UAE offices of the cosmetics giant since September 2015 is Laurel Estafanous.

Educated at The University of Sheffield, Estafanous was promoted to her current position after working as HR manager between October 2011 and August 2015. Prior to that, she worked as a management consultant at Digby Morgan.

Given the UAE’s passion for building, it should hardly be surprising that Hilti – a company that develops, manufactures, and markets products for the construction, building maintenance, and mining industries, mainly to the professional end-user – plays an important role in the country.

Looking after the organisation’s HR needs is Stefanie Groth.

Groth is relatively new to the position, having joined Hilti in January 2017. Prior to that, she was head of talent planning at Ooredoo in Qatar and Group Talent Director at the Carlsberg Group.

Another international logistics company, FedEx also frequently finds itself on “best places to work” lists in the UAE.

Looking after the workers in Dubai, as well as those across the Middle East and Turkey, is Lina Makioun.

Makioun has more than 16 years of experience, having previously worked for the likes of Cadbury, GSK, and Baker Hughes.

The UAE has an abundance of hotels and resorts, meaning that the likes of Hilton Worldwide have major roles to play as employers.

Indeed, as of 2017, the group employed nearly 1 700 people in the country. Looking after their HR needs, as well as those of Hilton Worldwide’s employees in Kuwait, Oman and Qatar are Ahmed Lasheen.

Lasheen has been n his position since 2013, which actually marked his return to the company, after several years working on other projects. His previous stint lasted more than 15 years.

Mars is one of the biggest food conglomerates on the planet, with presences in countries around the globe.

In the UAE, it employs around 700 people, with Darin Said taking care of their HR needs.

Said has been in her position for nearly five years, prior to which she worked at HSBC, Azadea, and KPMG, among others.