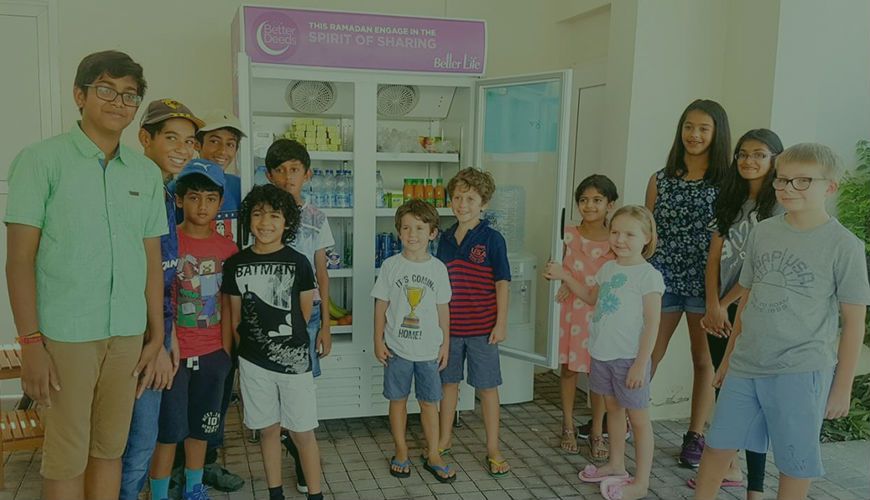 Over the past few years, UAE residents have become increasingly accustomed to the sight of fridges on the street during the holy month of Ramadan. Filled with water and snacks, the fridges are welcome relief, especially to the country’s neediest citizens. Originally the work of one woman, the Ramadan fridge-sharing initiative is a nationwide phenomenon that just keeps growing.

This year in Dubai alone, there were fridges in dozens of locations spread across 10 zones with corporates and private individuals coming together to keep them stocked.

That effort is much bigger than you might imagine too. In an interview with Dubai Eye, initiative committee member Janine Bensouda revealed that the contents of each fridge can disappear in as little as 15 to 20 minutes.

According to Bensouda what really sparked the growth of the initiative was Fikra Yel, the owner of the first fridge, having to move and put her fridge up for adoption.

“Suddenly there was an inundation of requests for where this fridge was, so it could be stocked,” she said.

As a result, a new Facebook page was started encouraging people to both put out fridges and to help with keeping them stocked. Within a couple of days it had a thousand members, growing to more than 28 000 today.

That social media response was matched in the real world too. In the first year of the initiative being opened to a wider audience there were 170 fridges across the UAE. This year, there was nearly the same number in Dubai alone.

“What’s interesting,” she added “is that all of these fridges are being filled 12 to 15 times a day”.
Thanks to the efforts in keeping the fridges stocked, it’s estimated that they can feed around 10 000 people a day. And the fridge managers are reliant on the wider community and sponsors to be able to do that.

According to Bensouda, it would cost upward of 1000 Dirham a day for an individual to keep a fridge fully stocked.

But what are people taking from the fridges? Well, by all accounts, the most popular items are fresh fruits and vegetables, Laban, dates, and water.

As is the case with so many charitable initiatives, technology is playing a role in the evolution of Ramadan Sharing Fridges.

This year, for instance, saw the launch of an app for Apple and Android showing the location of all the fridges and directions to them.

A lot of the growth, Bensouda says, isn’t just about the fridges themselves. “It’s really what happens around the food and the fridges. It’s that they are connecting people”.

Interestingly, some people have started keeping up their fridges outside of Ramadan too.

It’s clear then that if things keep going the way they are, the initiative will only grow in the future.