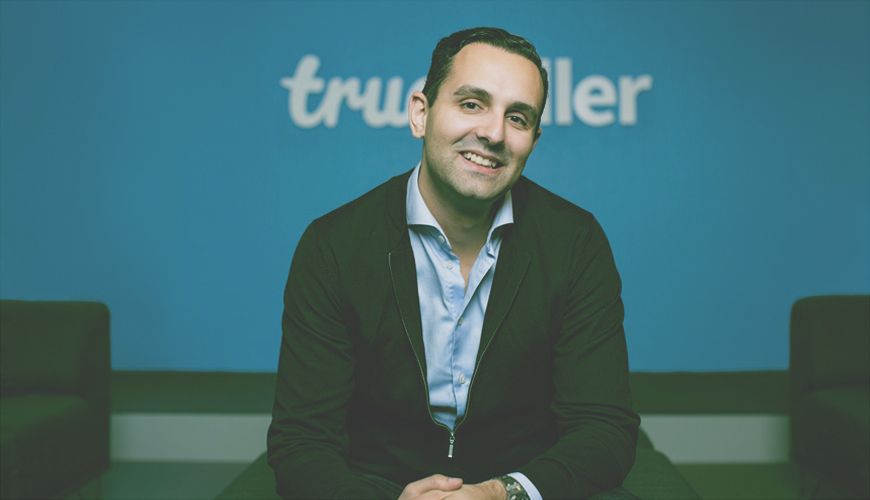 Anyone who’s ever had to field a call from an insurance agent explaining why their product is so much better than their competitors’ knows how annoying spam calls can be. Spam SMSes, be they from banks, retailers, or civil society groups, aren’t much better.

Fortunately, consumers have a powerful weapon in the war on spam. It’s an app called Truecaller and it’s built its success on a killer company culture and a diverse team of employees from around the globe.

We recently got the chance to talk to Truecaller co-founder and CEO Alan Mamedi about that culture, as well the company’s growth, and how his leadership style since the company’s founding in 2009.

Truecaller is a very different company today than it was when Mamedi founded it with Nami Zarringhalam in 2009. In the intervening years, it’s acquired more than 250-million users looked after by an ever-expanding team. One thing that has remained constant, however, is the company culture.

In particular, Mamedi told us, a flat management style has always been crucial to the way the Stockholm-based company operates.

This, he says, is a particularly Swedish attribute.

That said, he admits that it hasn’t always been easy to maintain with a multi-ethnic, multi-lingual workforce.

“The only solution,” he says, “has been to be a good example”.

So, for instance, if the dishwasher needs emptying, Mamedi will do it himself rather than instructing an employee to do it.

“It’s really important,” Mamedi told us, “because at the end of the day everyone has to work together in a team and collaborate. You have to put emotions and prestige aside and work for the customers”.

Another thing that the Truecaller team worked on is instilling a culture of fearlessness in its workforce.

People are encouraged to experiment and try things. Importantly, they’re allowed to fail.

“If something fails,” Mamedi said, “we try not to dwell on it or blame people. Instead, we try to learn from the experience and move on”.

This attitude ties with Truecaller’s value of getting stuff done. Rather than wasting time in meetings, people are encouraged to spend as much time building stuff as possible.

And if an experimental build happens to result in a server going down, then it’s just another opportunity to learn something.

According to Mamedi, Truecaller also likes to acknowledge the employees who best embrace their values, highlighting them on a dedicated company Slack channel for instance.

Incidentally, as the company’s grown, tools like Slack have become indispensable for employees to help each other and collaborate on projects.

Once a year, Truecaller employees also vote for the colleagues they believe best represent the company’s values, with the winners receiving some serious prizes. In 2016, for instance, the winners received a trip to India.

Of course, the easiest way to ensure that employees live up to your values is to hire the people who are most likely to embrace them.

“I think we’ve been pretty successful on that front,” Mamedi said.

Something else that Mamedi and Zarringhalam set out to do from the start was create an environment where people could work hard without feeling like they were working.

“We felt like our offices should be a place where people come to make a real change,” Mamedi told us. “You can’t force people to work overtime or come in on a Saturday if the server goes down, but if they feel like they’re part of something bigger, they’ll do it willingly.”

Of course, he added, “there are people with families and you have to respect that, but there are also people who get so involved with the work that you have to remind them to go back to their families. It’s a balance”.

As a result, he says, “a lot of people sit here from nine in the morning to nine at night because they love what they do”.

Speaking to Mamedi, you get the sense that this might also come down to the fact that Truecaller employees feel cared for.

Small things, such as offering breakfast every morning, help on this front.

So, it must be added, does the fact that the Truecaller CEO knows every employee by name.

“When I bump into someone,” he told us, “I also try and ask about their family situation, how many siblings they have, trying to understand who they are and sharing stuff about myself as well”.

The idea is then that they will feel comfortable sharing that kind of stuff with other people in the organisation.

“That’s when you create an environment of trust with your colleagues,” he said.

To a large degree, Mamedi has built this leadership style on examples he saw during his time as a corporate employee at several Swedish companies.

Having the CEO of one company know his name, for instance, made him realise how special that could make an employee feel.

“From that point, I realised how important it is for people to be recognised,” he said.

Another inspiration was Björn Jakobson, the founder of Babybjörn — a Swedish family-owned company specialising in the manufacturing and marketing of baby products.

Although Mamedi was only with the company for a short time, one incident gave him an appreciation for how important it is that a leader not be afraid to get their hands dirty:

“At one company-wide meeting, he said that a trash can might look full, but that if you push the trash down, you can fit more stuff in it. That this successful guy, at the top of the company wasn’t afraid to put his hands in the trash really spoke to me.”

The future of Truecaller

Given the ephemeral nature of technology, it’s hardly surprising that Mamedi laughed when we asked him where he’d like to see Truecaller in five to 10 years’ time.

Ultimately though, he wants Truecaller to play a much bigger role in people’s lives, especially in emerging markets.

And if the rest of the Truecaller team are even a fraction as passionate about that project as Mamedi, then you’d hate to bet against them.