5 Top spots for freelancers in the UAE 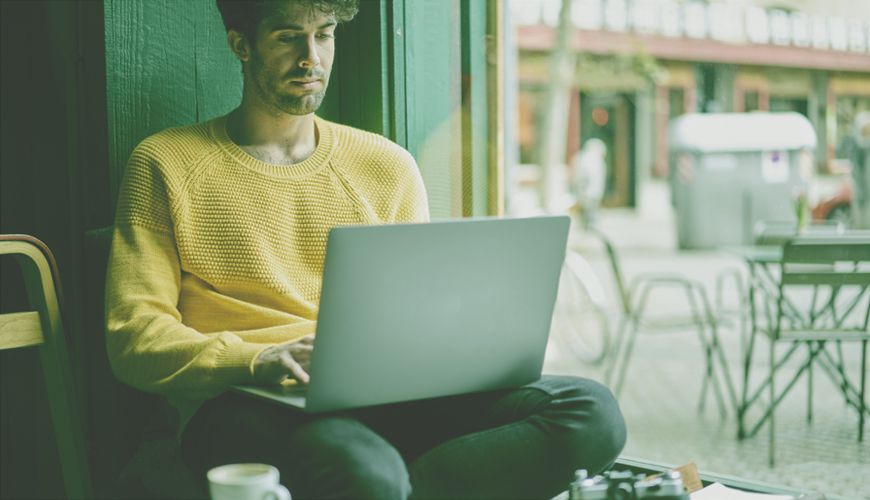 We don’t tend to think of UAE as a haven for freelancers. The economy is, after all, dominated by oil and massive global business names. Increasingly though, people are keen to experience the freedom of a freelance lifestyle alongside all the benefits that come from living in the UAE.

Of course, there’s plenty that you’ll have to sort out before you make the leap (if you’re an expat, you’ll need a new work permit). Once you’ve got all the admin out of the way though, all that remains is to figure out where you want to work from. You could work from home, but that inevitably ends up with you realising you’re still in your pyjamas at 3PM and wondering what’s become of your life.

Perhaps then, you’re better off looking at these awesome spots:

Situated in Alerskal Avenue, A4 Space is a popular hangout for creatives of all kinds. Featuring plenty of concrete and exposed ducting, A4 Space includes a two-floor loft space, a cinema room, a project space, and – of course – a café that serves 100% organic coffee.

The Media Lounge is situated in the heart of Dubai’s Media City, making it perfect for anyone on the lookout for a potential client to latch onto.

With sleek décor, free WiFi, and an extensive menu, it’s the kind of place where you could easily while away the day as you work on that manuscript/business strategy/important design.

We’ve written about Impact Hub Dubai previously, sharing its merits as a coworking space for entrepreneurs. Thing is, entrepreneurs and freelancers around the globe have a habit of gravitating toward each other and Dubai is no different.

Located in the Downtown district, Impact Hub aims to be more than just a coworking space. Instead, it tries to foster those aforementioned connections, bringing together social entrepreneurs, investors and supporters.

Another Media City favourite, Avec has everything that freelancers love in a café. There’s plenty of seating, opportunities to meet up with fellow freelancers, and even a library for anyone seriously dedicated to the art of procrastination.

Food is also served all day, with plenty of healthy options to keep you going through even the most challenging of projects.

Argo Tea is an international franchise with locations around the US and, for a little while now, in Abu Dhabi’s Al Wahda mall.

The chain offers gourmet teas in many flavours, coffees, and snacks in a relaxed, modern space. Most importantly for freelancers, there’s free Wi-Fi and long opening hours.

Do you know spend time at any great spots for freelancers that we haven’t mentioned above. Let us know in the comments section below.