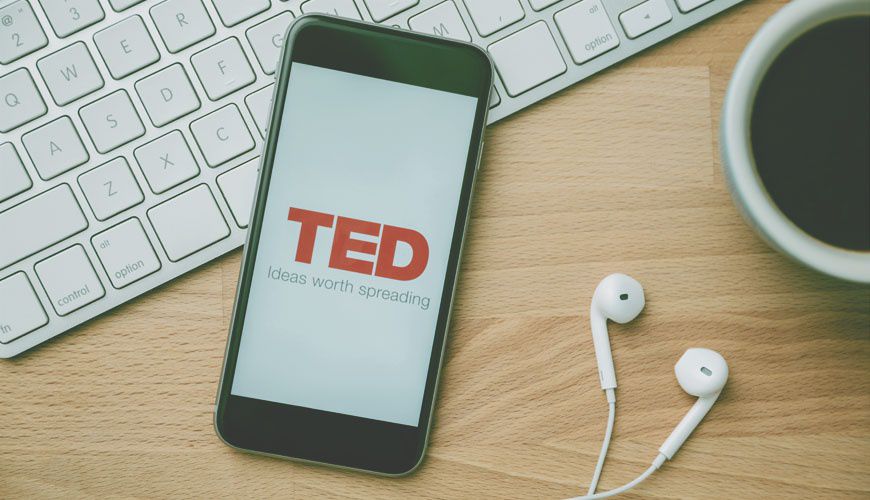 While there has been immense progress when it comes to women in the workplace, it’s clear that there’s plenty of work still to be done.

In even the most developed countries, women earn significantly less than men and are much less likely to take up top business positions.

To change that, a fundamental shift needs to happen across society. Fortunately, there are plenty of inspiring women out there pushing for those changes.

Even more fortunately, a great many of those women have shared their wisdom on the TED stage.

Here are a few we found particularly inspiring.

Sheryl Sandberg – Why we have too few women leaders

To many, Facebook COO Sheryl Sandberg is the epitome of female business success. Under her guidance, Facebook has gone from a neat social network to global commercial behemoth.

That success does not, however, mean she’s immune to the pressures society places on working mothers, especially those who happen to be mothers.

In this talk, she explains why we still have so few women leaders as well providing some strategies women can use to assert themselves in the workplace.

Anne-Marie Slaughter — Can we all “have it all”?

This talk by public policy expert Anne-Marie Slaughter expands on the ideas she first espoused in her viral 2012 article, “Why women still can’t have it all.”

In the talk, she argues that real equality doesn’t mean more women in powerful positions.

Instead, she suggests, “real equality, full equality, does not just mean valuing women on male terms. It means creating a much wider range of equally respected choices for women and for men”.

Importantly, she adds, this means “valuing family just as much as work, and understanding that the two reinforce each other”.

Casey Brown — Know your worth, and then ask for it

Let’s revisit that gender pay gap for a moment. In many instances, it’s a confidence gap brought about by women systematically being told that they’re worth less than men.

In this talk, Casey Brown explains that you can influence how much those who pay you think you’re worth.

Sharing helpful stories and learnings, she explains how you can better communicate your value and get paid for your excellence.

Hanna Rosin — New data on the rise of women

Changes in access to education and societal expectations means that women are playing a much more significant role in the workplace than they previously did. In fact, the majority of established industries are now dominated by women.

In this talk, journalist Hanna Rosin talks about how shifts in the global economy means that we’re rapidly heading to a place where women start earning more than men.

Economies, she points out, are no longer run on size and strength. Instead, they require skills like imagination and creativity.

That’s good news for the women who’ve built those skills up over the years, but it shows that if men want to play a role in the new economies, they have to learn these skills too.

Many women who leave the working world – to raise children, for instance – have trouble making their way back in after even just a few years.

In this talk, career re-entry expert Carol Fishman Cohen suggests taking up an internship.
It may sound crazy, especially if you’ve done well in your previous career. But Cohen’s own experiences have shown her how best to relaunch a career.

It’s by no means a phenomenon restricted to women, but it’s certainly a concept that many women “relaunchers” would find inspiring.

Leila Hoteit — 3 lessons on success from an Arab businesswoman

Currently specialising in human capital and education at BCG Abu Dhabi, Leila Hoteit has also spent time working as an engineer and lawyer. She is someone, in other words, who knows a thing or three about business.

In this talk, she uncovers some of the unique challenges faced by Arab business women. “Arab women of my generation have had to become our own role models,” she says.

“As a result,” she adds, “I would like to think that we poor, oppressed women actually have some useful, certainly hard-earned lessons to share, lessons that might turn out useful for anyone wishing to thrive in the modern world”.