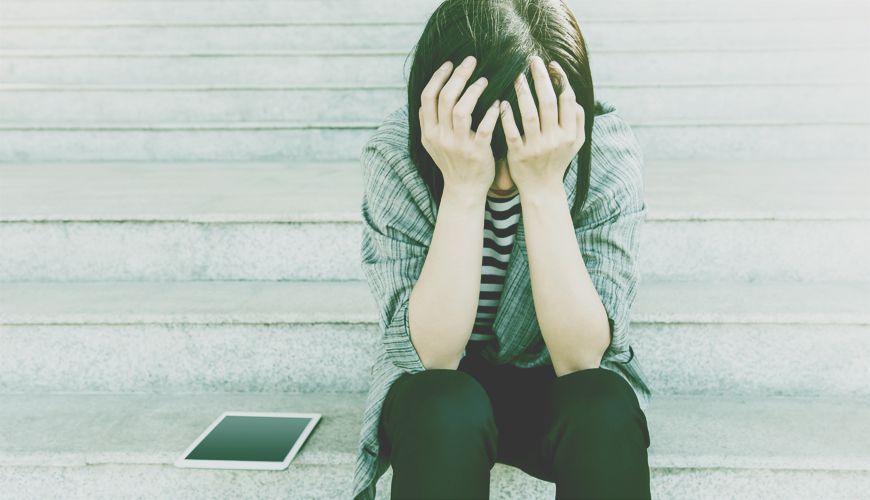 Our understanding of mental illness has come a long way in a relatively short amount of time. Just a few hundred years ago, people would pay to gawk at the patients in Bedlam, the notorious London hospital for the mentally ill. And as late as the 1960s, people were still performing lobotomies, despite having no formal training.

“In many workplaces,” Dr Ali Hamdulay writes, “employees choose to suffer their mental illness in silence, fearing stigma should they speak out, while employers avoid asking too many questions, hoping mental health disorders will just disappear on their own”.

It’s an attitude that costs employees and companies alike, but could technology play in changing it?
If it does, these are a few areas where it’s likely to have a real impact.

While technology is often criticised (sometimes rightly) for empowering extremists, it has also given a platform to those who previously felt voiceless, including the mentally ill.

People who would never previously have been given a public platform can now blog, podcast, and tweet about their experiences. In turn, these discussions end up on our social media feeds, pushing the discussion forward. Sure things can sometimes get a little messy, but like water wearing down rock, people’s perceptions gradually become less prejudiced.

The discussion only gets amplified when celebrities (such as Stephen Fry) talk openly about mental illness.

It’s almost inevitable that these conversations will enter the workplace, especially as more entrepreneurs open up about their struggles with mental illness.

And when they do, they’ll help change policy. We should never underestimate the role technology’s playing here.

When it comes to physical wellbeing in the workplace, we’re always eager to put a number on things.

Think about how many companies now give out free wearable fitness trackers, or encourage their staff to take part in step-counter challenges. The logic behind that is sound: a healthier workplace is likely to be more productive and engaged. When it comes to mental health though, we’re often a lot less keen to get down to the nitty gritty.

That could soon change however, especially as a new wave of technologies aimed directly at mental health emerge.

While there are obviously limits to how much employee data companies can take when it comes to mental wellbeing, there is much that could change how employees perceive their own mental wellbeing.

Certain wearables, for instance, can help them identify a stress spike, allowing them to nail down and address the root causes of that stress. Others meanwhile might realise that feelings of anger and irritability are down to stress and not just their nature.

Of course, critical to any of these technologies working is empowering people to make the changes they bring about.

Mental illness (and indeed wellness) doesn’t happen in isolation. There are a variety of factors that contribute to it, especially in the workplace.

Thanks to technology, we now know that everything from the acoustics to the lighting in an office can have an impact on employee mental wellbeing.

That’s important, because it’s an acknowledgment that workplaces can contribute to mental illness.

Perhaps more importantly though, realising that mental wellbeing is affected by the environment has an impact on the way we perceive it.

What may once have been seen as something to be hidden or dealt with in private suddenly becomes something that affects everyone. And when you realise that your workplace has your mental wellbeing at heart, you’re a lot more likely to be open if you need to seek professional help.

Ultimately though, the way we think about mental illness in the workplace comes down to who we are as human beings. You can have all the technology and quantified data in the world, but when it comes to changing perceptions, you still have to be open to having them changed.