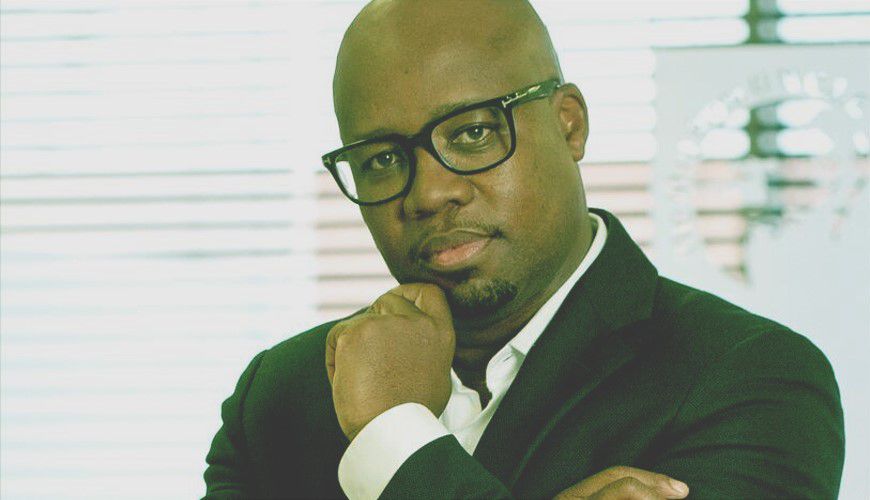 When you think of businesses with a great culture of design and creativity, insurance companies are seldom top of mind. But if South African insurance giant Liberty has its way, that could soon change.

In order to get an idea of how it plans to do that, we spoke to Liberty’s chief marketing officer Sydney Mbhele at Design Indaba, where the company was one of the headline sponsors.

He spoke about how the 60-year-old company is using innovation and design thinking to ensure that it thrives through the next 60 years, getting buy-in across the organisation, and what exactly an insurer was doing at a design conference anyway.

Where the inspiration is

Mbhele himself is well aware of that apparent discord. “A lot of people would wonder what an insurance and investment company is doing at a design and creativity, and innovation conference,” he said. “The truth of the matter is that success in the world gets fully explored when industries collide”.

“The one thing about Design Indaba, even at a personal level, that’s always been an attraction, is the fact that it is a design and innovation conference for a social purpose, with a social impact” he added.

As Mbhele sees it, Design Indaba is a call to action. “It’s not about creativity for creativity’s sake,” he told us.

It is, he believes, an inspiration to “be purposeful about using knowledge”.

And that, apparently, is perfectly in line with Liberty’s new vision for itself.

“Our purpose as an organisation,” Mbhele told us, “is to pioneer financial freedom”.

Design thinking plays an important role in that, because it means Liberty can be creative and innovative in achieving that purpose.

“It’s not about us,” he added, “it’s about the people that we serve. It’s about when that ‘one day’ comes, and you’re well prepared for it, that it’s taken care of”.

This purpose, he said, was reflected in a campaign from Liberty’s recent past. Called “the advantage of knowing”, it focused on the value of knowledge and doing purposeful things with it.

“In our view,” Mbhele said, “the advantage of knowing is actually the opportunity it presents us to help us serve our clients better.”

All of this would, of course, be nothing more than a costly marketing exercise if Liberty’s staff didn’t embrace these values too.

With an organisation as old as Liberty, that profound sense of purpose may always have been there. Using design thinking and innovation to achieve that purpose may, however, take a little longer.

“I think it’s a journey, I don’t think we’re there yet,” Mbhele told us. “But I think with these initiatives, we can continue to inspire ourselves toward getting better and better as an organisation”.

His job, he said, is “to bring that inspiration”, to “bring the outside in”.

“If we fail to do that,” he added, “then we are promising something we can’t really deliver on”.

That inspiration, Mbhele told us has to be reflected by everyone in the business too.

The point he wants to see Liberty get to is one where you can go up to any member of staff and know that they “get”, and feel a part of, the purpose of the business (much like in the apocryphal story about the NASA janitor meeting president John F Kennedy)

“The day a Liberty employee anywhere, really truly understands what it means to bring financial freedom to people, then I think we will have achieved it,” he told us.

That understanding of Liberty’s purpose – of providing financial freedom – will, of course, necessarily change over time.

For that reason, it’s launched a number of initiatives, including its own innovation hub. This hub, Mbhele told us, “demonstrates our thinking, our commitment to how we want to evolve as an organisation”.

This incubation, he added, seeks to unveil “the real nuggets” so that Liberty can continually live its purpose of bringing financial freedom to people.

It’s an investment that is designed to ferment, in Mbhele’s words, to get to a point “where it’s ready to be consumed”.

That kind of investment is an acknowledgement by Liberty that it needs to keep producing the kind of firsts that have allowed it to survive 60 years.

It’s also the kind of investment that requires buy-in from the company’s leadership, something which Mbhele says is definitely there.

“We see this as investing ahead of growth, and this would not happen unless the leadership of the organisation was fully aligned, willing, and seeing it as a compelling way of building our sustained future,” he told us.

Ultimately, he said, all of Liberty’s efforts in design thinking and innovation can be summed up by a single, simple truism: “what brought us here will not take us to the future”.

As for what that future looks like? Mbhele thinks it’s a future, “first and foremost that is client centric, where the people we seek to do business with say ‘not only do these guys get me, not only do they understand me, they inspire me’”.