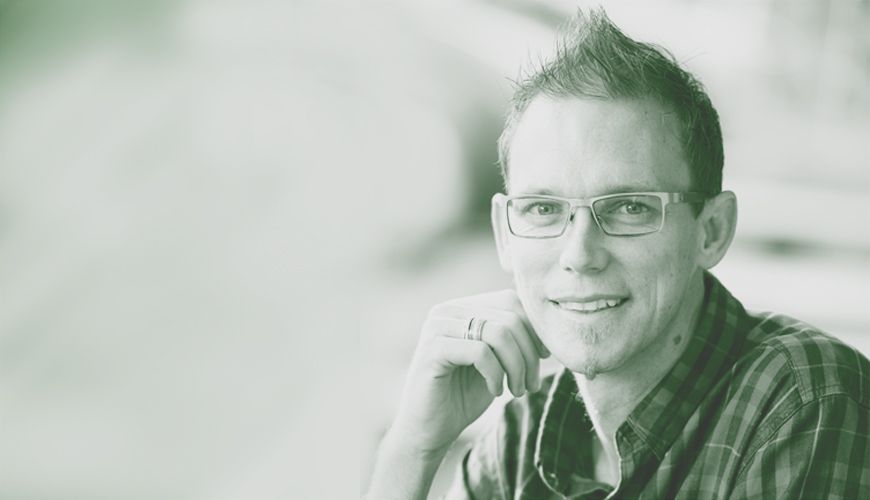 Some people are born knowing what their passion is and they’ll pursue it relentlessly. Others need a little more time, as well as the odd life-changing event, to know what they really want and to find the motivation to pursue it.

At different times in his life, Steve Evans has probably fallen into both camps. As a hockey player, he represented South Africa for the best part of a decade, playing for the team at the 2002 Commonwealth Games and the 2004 Olympics.

That’s not something you achieve without a lot of drive and commitment.

His post-hockey life, however, saw him lead a hectic business schedule, which only slowed down when he was diagnosed with testicular cancer in 2010.

It was a massive wake-up call for the former Olympian, who refocused himself to become a purpose-driven entrepreneur, working in both the mobile consulting and hockey spaces.

Engage Me recently got the chance to sit down with Evans and talk about what finding that purpose and passion meant for him as well as how it’s impacted the way he does business.

Long before Evans could set off down the road toward purpose-driven entrepreneurship, however, he had to come to terms with something all high-level sportspeople face: stepping back from something you’ve worked your whole life for.

Despite being able to make the call himself, retirement from international hockey didn’t come easily to Evans.

“You spend your whole life in pursuit of this one thing, then you get there and before you know it, it’s gone,” he said. “And so you find yourself asking, what next?”

One approach is to take the same work ethic and principles into the working world but, as Evans admits, “business is a slightly different kettle of fish”.

That said, he does believe that hustling to find money as a hockey player (South African hockey has remained a largely amateur affair until very recently), provided a “good grounding in entrepreneurship”.

It’s a hunger that led him to partner in a niche management consultancy. The pressures of a small team and the nature of the business meant that, at one stage, he found himself on a plane to the Middle East every second week.

Eventually, Evans told us, “my body just said no”.

A dose of perspective

Fortunately, Evans had a hockey-related business on the side throughout this period, which allowed him to use cancer and his recovery from it as a time for reflection and rebuilding.

“It was a chance to redesign my life and my intent for it,” he said. “At that point in time, I realised that the two key drivers for me were hockey and technology”.

At the same time, he realised that the combination of skills and networks he’d built up in hockey, technology, and management consulting was actually really powerful.

The people part of this, he believes, is vital.

“I think it’s really important to have a mentor and a support network that’ll help you get to where you’re going to,” Evans said.

Unsurprisingly, Evans has always found a way to bring this knowledge back to hockey. Aside from his involvement as a provincial player long after his international retirement (something which includes an inspiring underdog story all of its own), he was appointed as an assistant coach to the national team in 2017.

From a business side, he was a pioneer in South Africa’s sporting ecommerce space, promoting and selling products online for Voodoo, one of the game’s leading stick manufacturers.

More recently, Evans teamed up with fellow South African hockey player Lloyd Norris-Jones to launch Super Fives Hockey – a brand new concept which aims to do for hockey what Sevens has done for rugby.

There is an even bigger purpose behind the venture though:

“Our intent is to see the next generation of South African talent winning medals at the Olympics,” he said.

Interestingly, Evans has also been able to bring his business knowledge into the hockey space. He has, for example, started profiling players according to their state of mind the way any active business owner would.

It’s something he does on an individual, as well as a team basis, ensuring that they’re in the best possible state they can be.

“What I’ve learned is that profiling is a great insight tool, especially when it comes to building a team of people that complement your skills,” the hockey star turned entrepreneur told us.

The power of time out

With so much on the go, it would be all too easy for Evans to slip back into old habits and get wrapped up in doing what he does rather than focusing on the purpose behind it.

One way he maintains that sense of purpose is to occasionally disconnect.

“That idea of a digital detox is massive,” he said.

Another thing Evans says keeps him grounded is his young child, Jack, who often calls him out and tells him to put his phone down.

Another thing this time out allows him to do is to review where he’s headed in the next five years (broken down into individual years and quarters”.

“Designing your business is done through purpose,” Evans concluded. “I don’t always know how I’m going to get there, but if I have the right intent, then the right opportunities will show up at the right time.