How will offices of the future cater to employee health and wellness? 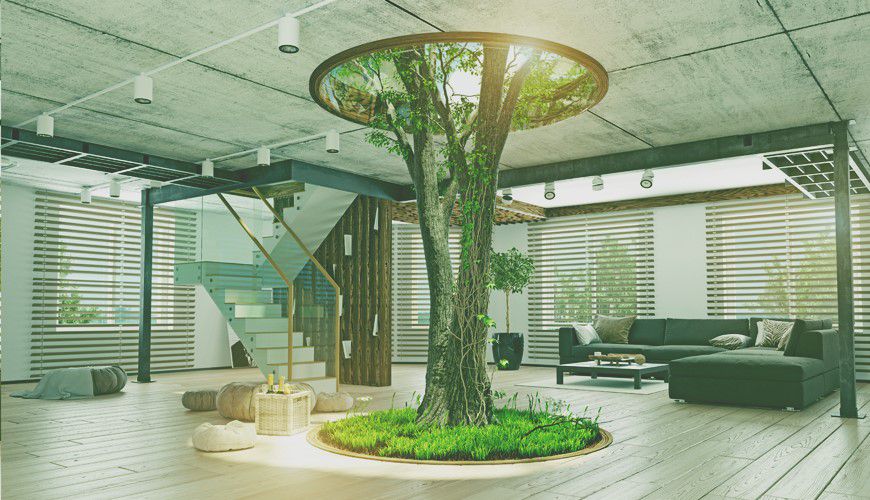 Outside of our homes, offices are where most of us spend the bulk of our day. While the average office is a far cry from its 18th Century incarnations, they can still be incredibly detrimental to your health.

As companies place an increasing premium on employee wellness, the office seems like an obvious point to focus on. Indeed, some of the world’s most innovative companies already include things like nap pods, meditation rooms, and healthy catering in their offices.

Those are all great features and mostly easy to implement, but how will the office of the future cater to employee wellness?

In order to get an idea, we looked at what companies at the forefront of office design are doing right now and where that work might go in the near future.

One major problem with most offices today is that they’re inherently inflexible. Your desk is your desk and, unless you’ve got a laptop and can escape to an empty boardroom, that’s where you’re stuck for the day.

That’s a major problem if you need to work on something with someone on the other side of the office or if you really need to get something done and your colleagues are having a raucous discussion right next you.

The obvious solution is to build workplaces that can be reconfigured in a matter of minutes. Some companies have already seen the benefits of this approach. According to the BBC, the desks at headphone maker SkullCandy’s Zurich offices are configurable, fitting together like puzzle pieces. This allows employees to work individually or collaboratively, without too much effort.

Sometimes though, being able to move your desk just isn’t enough. You need an entirely different working environment; one with more light or a natural breeze, for instance.

In the future, expect more companies to follow the examples set by Sasol and Lego, which have built a diverse array of workspaces into their headquarters.

Augmented and virtual reality technologies are already being used for training in a number of industries. Perhaps their biggest potential use however will be in allowing workers in remote locations around the globe to collaborate on projects as if they were in the same room.

It also seems likely that Facebook will devote at least some of the resources in its Oculus division to the use of VR in the workplace.

What’s that got to do with employee health and wellness? Well for one thing, it means that people in different parts of the country, or indeed the world, don’t have to fly long distances (exposing themselves to myriad health hazards) to work on projects together.

And as these technologies become more readily affordable and accessible, so more people will have them at home.

That, in turn, means they can be “in the office” with their colleagues without actually being in the office.

That means they get all the benefits of human interaction, without having to deal with long, stressful commutes.

Another way that technology will make offices healthier is through the increasing role of connected sensors.

Smart lighting, heating, and even sensors that can tell how many people are in an office, are now common.

While the primary benefit of those technologies is environmental, there are also major health benefits for employees.

“We are building healthier offices that use more daylight, have systems that maintain a constant temperature that eliminates mould and dust, and therefore reduces the rate of illness among employees,” Theo Maessen, a senior partner at
Dutch-based building design firm BOB told the BBC.

It’s not just about smart sensors though. Using computer modelling, designers can work out the optimum number of windows, as well as the ideal airflow.

Even as future offices become healthier, there’s evidence to suggest that a lot more work will happen outside of them.

A study from the US’ Centre for Disease Control and prevention (CDC) found that offices that encourage walking meetings, or even just spending time outside have healthier employees.

“For millions of years, that was our office. Our workspace was outdoors,” Leigh Stringer, a wellness design specialist and author of The Healthy Workplace told Outside Online. “It’s only for the last few centuries that we’ve worked indoors.”

Leading companies have already realised this. Sasol’s new offices, for instance, include a range of natural habitats. These individual indigenous biomes attract small wildlife, insects and birds, on the external decks, within the grounds, as well as on the rooftop of the building.

The roof of Facebook’s HQ meanwhile includes a nine-acre park with walking trails and many outdoor spaces to sit and work.

Some of the changes we’ve listed above will take more time to become commonplace than others. Cost also means that a few of these changes might not be available to all companies. One thing that’s clear is that, no matter the set up costs, investing in a healthier office has massive upsides.

And wouldn’t you rather spend a little more on lighting if it means a more productive workforce that looks forward to coming into the office.