Meet NoSweat, the company that makes freelancing a cinch 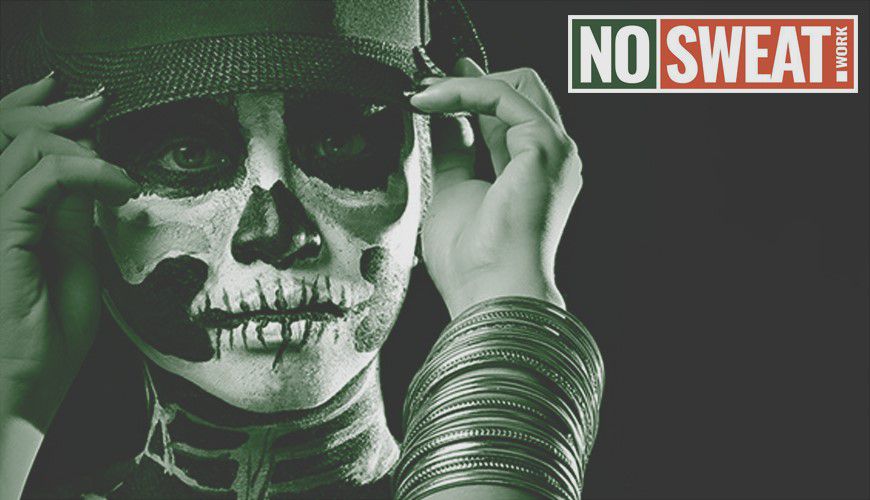 To your average office worker, the freelance lifestyle can seem seriously appealing. No bosses, no traffic, and the freedom to work the hours you want, what’s not to like? Well, as any actual freelancer will tell you, it’s not that simple. Just finding work can be stressful, never mind collecting on invoices and doing taxes.

One company aiming to take the pain out of all those things is NoSweat.

Founded in 2015 by two people frustrated by the traditional freelance process, the site is a one-stop-shop for bringing together freelancers and clients.

To get a better idea of what NoSweat is all about, why it’s so important, and where it wants to go next, we spoke to founders Sebastian Van’t Hoff and Wilfred Greyling.

Many of the world’s best businesses started as a way for their founders to fix a problem they were experiencing. That puts NoSweat in some seriously good company.

Even with decades of experience (in art direction and business consulting respectively) Van’t Hoff and Greyling found the freelance process incredibly frustrating.

“Wilfred and I have both been freelancers, and as a freelancer you’re always worried about where the next job will come from, and the administration, the payments, are a pain,” Van’t Hoff told us. “So we started talking about how we could solve that for other people and for ourselves, and that’s more or less how NoSweat started”. While there have been some steep learning curves along the way, the two have built a platform that makes life easier for freelancers and clients alike.

The way NoSweat does this is by taking care of all the admin that traditionally puts a strain on the process.

Once a freelancer has registered on the site, they can apply for any job they’re qualified for (they can even choose to only receive notifications for such jobs). If they’re successful and complete the job, NoSweat will take care of the payment and even make sure that the tax owed on the job goes to the South African Revenue Service (SARS).

Clients meanwhile are spared the pain of sifting through hundreds of CVs only to find out that their preferred candidate is unavailable. And because NoSweat acts as an intermediary, clients don’t have to deal with freelancers harassing them for payment.

Interestingly, some of those services have the added benefit of being pragmatic for NoSweat’s own business operations. Take the way it deals with taxes for instance. Most freelancers are terrible at dealing with their own taxes and would give anything to have someone else handle it for them. That makes the NoSweat offering appealing. But it’s also an approach that makes a great deal of sense for NoSweat. “If [the freelancers] don’t pay it SARS will come to us and we’ll get fined,” Van’t Hoff told us. “So we don’t want to take that risk”.

Spend some time on NoSweat and you’ll notice that it’s not just the platform’s approach to admin that sets it apart. Unlike most other platforms, the vast majority of clients on NoSweat are ad agencies.

According to Van’t Hoff and Greyling, that’s not just because they know the industry well. Ad agencies, they say, have much more realistic expectations when it comes to using freelancers.

“Agencies understand the business better than private companies wanting a logo,” Greyling told us.
Spend too much time dealing with those private companies, he added, and you start to fulfill the function of an agency, which is not what NoSweat was created for.

While it’s important to remember that agencies are also more likely to need freelancers, it’s an attitude that speaks to the kind of business NoSweat wants to be.

Van’t Hoff and Greyling are both adamant that they don’t want NoSweat to be just another freelance bidding site where people create a logo for US$2.

That’s the fairest way of doing things for both the freelancer and the client, they say. The former gets paid fairly, while the latter knows exactly what kind of work they’re likely to get from the resource.

It’s an approach that everyone involved seems to appreciate. Some agencies who flat out refused to hire freelancers now regularly use the platform, and several freelancers have been offered full-time work after being placed by NoSweat.

Van’t Hoff and Greyling probably take greater validation, however, from the freelancers who find the platform so useful that they feel comfortable turning down full-time work to maintain their freelance lifestyle.

Of course, NoSweat is still in its infancy and it would be foolhardy if the company started resting on its laurels at this stage.

Fortunately, there are no signs of that. When we asked where the two founders hoped to take NoSweat next, they didn’t mention some grand vision for world domination. Instead, they spoke about the challenge facing them right now.

“I think our biggest next thing that we will roll out will be to get a deeper level of understanding of the skills of the freelancer,” Greyling said. He added that it would be important to be able to “present that to the agencies in a more concise and exact way based on what they need for their brief”.

It might not seem big to you and me, but in this particular space, it’s really important.

“It is like world peace basically,” Greyling explained. “But we have a plan”.

No doubt they do. No doubt.