What National Achievers Congress UAE taught us about employee happiness 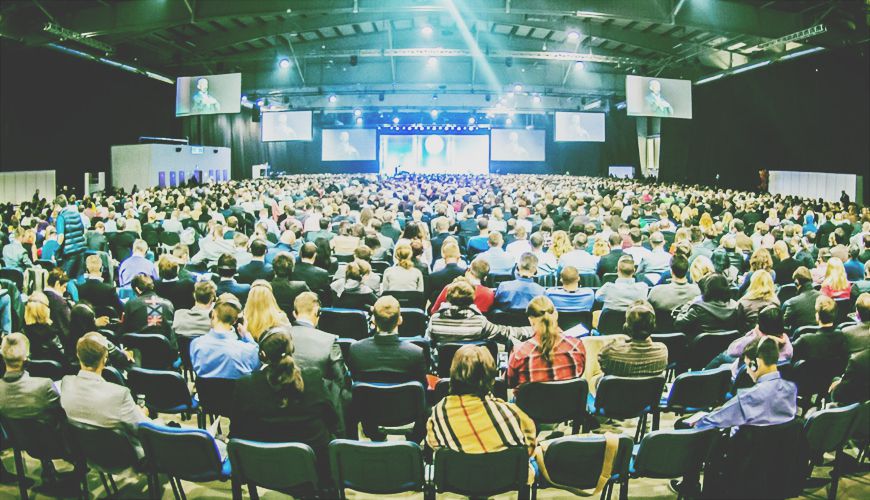 The UAE edition of the National Achievers Congress (NAC), which took place last weekend, brought together a line-up of international and local business thought leaders, including Robert Kiyosaki, Andrew Matthews, and Ali Al Saloom.
The conference series is the flagship program of Success Resources and was brought to the Middle East for the first time in collaboration with Najahi Event Organizers.

While much of the focus was on entrepreneurship, there was also plenty of content around employee happiness.

Given what we do, that’s something we’re obviously very interested in. With that in mind, here are the top employee happiness learnings we took from the event.

It doesn’t mean slacking off

One of the biggest misnomers around employee happiness is that focusing on it comes with the danger that some employees will take advantage and start slacking off. That may be true, but if they do, they’re probably not the kind of people you wanted on your team in the first place.

For most workers, looking after their happiness allows them to focus on being productive and doing their jobs effectively.

That’s backed up by Peng Joon, an expert on escaping the 9-5 workday whose websites have helped him build a multi-million dollar business.

“Happiness is productivity,” he told the conference. “It has to be a win/win for the people who work in your team”.

It helps if you understand each other

Today’s workplace is fundamentally global in nature. Moving countries for a job, something which was once a rarity, is now relatively commonplace. That does not, however, mean it’s always easy for those people to immediately integrate into their new workplaces.

One NAC speaker who’s a major advocate of this approach is Ali Al Saloom. A high-profile figure in the UAE through his “Ask Ali” books, Al Saloom is a self-appointed cultural ambassador for the UAE. Educated abroad, he aims to teach both tourists and expat workers about Middle Eastern culture.

He’s does this through his website, as well as appearances on TV and radio talk shows, and public speaking appearances.

“If you want to be appreciated, you need to understand and celebrate other people,” he told the NAC audience.

Another misnomer when it comes to employee happiness is that it means shielding workers from anything difficult.

In fact, the opposite is true. Because a happy worker is likely to be more focused and productive, they’re actually more likely to be able to dig in and get through the tough times. Someone who has the mental skills required to be happy in the workplace is also more likely to be resilient in the face of adversity.

This is something backed up by Andrew Matthews.

“The happiest people I know often have the biggest problems,” he said. “Happiness is not dependent on what happens to you”.

He should know too. The British author has written multiple self-help books on happiness and has delivered more than a thousand talks to clients including Shell, McDonalds, Lenovo, Wal-Mart, Hewlett Packard, Toshiba, Honda and HSBC.

Like Matthew’s books, his talks — which come peppered with real-time cartoons – aim to simplify our understanding of how happy people think.

The sense that workplace happiness comes with resilience, is something that also resonates with Rich Dad, Poor Dad author Robert Kiyosaki, who has built a multi-million dollar empire on the back of his best-selling books and incredibly popular talks.

Seeing his father struggle, Kiyosaki has always taken a more resilient, brave approach to what he’s doing. That’s something he also tries to foster among his own employees and, indeed, the various audiences he addresses.

“If you are going to be successful in life, you need to ask the difficult questions,” he said at NAC.

A different view of happiness

While there is obviously a great deal more to employee happiness, the above points illustrate just how much employee happiness isn’t about people walking around with permanent grins on their faces. Rather, it’s about people feeling understood and empowered enough to be productive, even in challenging circumstances.