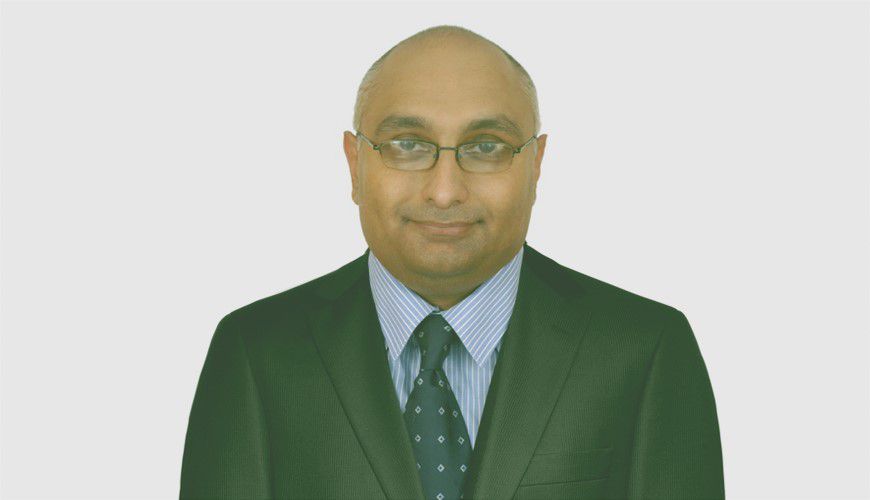 For years, organisational development and talent development were treated as HR’s poorer cousin. More recently, however, they’ve become critical factors in a company’s success. One person who’s witnessed that change first-hand, and helped drive it, is Murad Salman Mirza.

Born in Pakistan, Mirza originally trained as an electrical engineer before going on to get an MBA in Management Sciences from Lahore University and a Masters in Industrial Relations from Sydney University. His career meanwhile has seen him work for the likes of Tetra Pak Pakistan and Epic Software, hold board positions at several organisations, and write for a number of the world’s leading HR publications.

In the lead up to his talk at Work 2.0 Middle East, we spoke to Mirza about the evolution of organisational development, how organisations can naturally achieve an engaged workforce, the challenges and opportunities present in the UAE, and what the future holds for talent development.

Coming out of the shadows

As Mirza notes, organisational development “has come a long way from languishing in the shadows of HR to being widely recognised as the primary driver of core organisational competencies through targeted interventions”.

Where people in organisational development would once have had to help employees adapt to changing trends, they now have to anticipate them.

Things like Artificial Intelligence (AI), Augmented Reality (AR), Intelligence Amplification (IA), and the Internet of Things (IoT) will impact organisations. They need to anticipate how.

Mirza does, however, note that at its heart, organisational development remains “primarily humanistic”.

Indeed, that sense of humanism is more crucial than ever as organisations become more diverse, in terms of race, age, and gender.

These groups will, after all, have different aspirations and motivations. That means if companies are to effectively develop, attract, and retain talent, a single Employer Value Proposition (EVP) simply won’t work.

Instead, Mirza told us, companies should conduct “an exhaustive study of the ‘ambition’ drivers for each major sect of employees”.

Moreover, he pointed out, the management structures within organisations need to make a real effort to reach out to their employees when it comes to framing the “policies and processes that’ll help build a healthy working relationship”.

“With the days of ‘company loyalty’ long gone,” he said, “the focus is increasingly on a mutually beneficial partnership where both employer and employee align their priorities for a reasonable amount of time under the affirmation of a win-win resolution”.

One interesting thing that Mirza has observed is that this kind approach should ideally be “a natural offshoot of an enterprising culture based upon robust values”.

When companies try and force it, he said, “the ‘voluntary initiatives’ of the ‘truly engaged’ employees who are driven by the primary intrinsic motivation of ‘doing good’” are often eclipsed by shallow forms of reward and recognition.

That’s especially problematic when you remember that “it is the resilience and character of the ‘truly engaged’ employees that is the best hope for an organization to survive business upheavals”.

That kind of authenticity in organisational development and employee engagement becomes even more important in a country like the UAE, where organisations contain employees from around the globe.

Expat workers, meanwhile, constantly have to weigh up whether it’s better to stay or return to their countries of origin. At the same time, many UAE employers prefer to give their employees fixed-term contracts, fuelling a sense of impermanence.

This has a real impact on how companies in the country view things like organisational development.
“Organisations tend to favour hiring talent who have the requisite skills to do the required job,” Mirza told us. “Further training and development is generally not seen as a productive investment, especially among local and regional companies, due to the prevalence of fixed term contracts and the propensity of job switching as higher skills are gained and better options become available in the labour market”.

According to Mirza: “companies that do engage in such initiatives tend to use ‘golden handcuffs’ on their employees to stay longer with them by withholding certain benefits that are given to them upon serving an agreed amount of time”.

Conversely, he told us, “there are times when hefty training budgets are spent feverishly on ineffective, unsuitable or unnecessary training programs to ensure the depletion of the respective budget before the start of the new financial year since it justifies the functional budget allocation for the future”.

It’s clear then that Mirza feels that companies in the UAE have some way to go when it comes to organisational development and that they’ll have to do things differently if they’re thrive in the future.

But what does that future look like, especially when it comes to organisational development and HR?

According to Mirza, we can expect to see serious changes in workplace design, with a proliferation of “work areas that promote creativity, bonding, wellbeing and effective execution of assigned functions”.

The proliferation of workplace technologies, meanwhile, is expected to continue unabated, an increased preference for demonstrable skills over academic qualifications, and an ongoing emphasis of diversity and inclusion.

According to Mirza, these trends will see HR “being significantly diluted as it is steadily relegated as an administrative entity within the broader expanse of Talent Management”.

As companies become more digital and employees more tech-savvy, meanwhile, he believes that “talent management will significantly tilt in favour of being a science than an art”.

Ultimately, he believes, the “HR function will be split into Talent Management (TM) and Organizational Development (OD) with AI-enabled life forms having rights as full-time employees through policies/procedures/protocols that would cater to their unique requirements”.

Think that sounds wild? It may well be. Then again, the future always has been.