Moving countries: 6 big ways it changes when you have kids 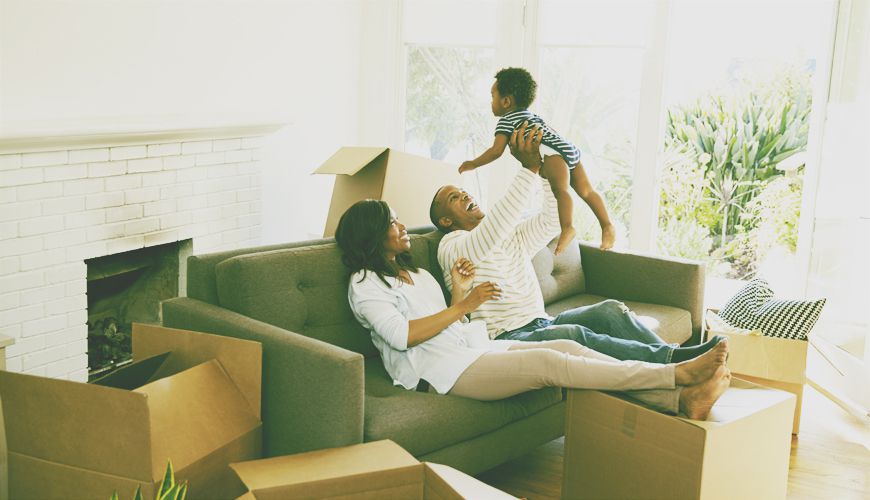 Moving countries for a job is a massive decision for anyone. Whether it’s for a limited amount of time or indefinitely, leaving behind everything you know for somewhere foreign isn’t something anyone does lightly. Add in children and things get a whole lot more complicated.

To get an idea of just how different things can get, Engage Me spoke to Heather, our sales and operations manager (originally from South Africa), and Shawntell — an American lawyer from Texas who moved to Abu Dhabi and who has now moved back to the US.

We also spoke to Cindy, a South African who moved her family to the UK in 2014, having previously lived there in 2009. Finally, we looked to Quora, the online question and answer platform for additional insights.

Here’s what we learned:

Your kids will be unsettled, but they’ll bounce back

Unless your children are still infants when you move, chances are they’re going to feel the impact of it in a big way. If you’ve moved before, you know that friendships can survive distance and that it’s possible to be comfortable in a new place. Your kids don’t.

As far as they’re concerned, they’re being moved away from everything they’ve ever known. That’s especially true of their friendships, which may well be the only ones they’ve ever had.

“While adults tend to focus on the practical problems, a child will focus on all the losses that the move causes,” Robert Smith writes on Quora. “This can be the loss of their friends or of a safe and familiar environment ”.

The best way to help them through this is to talk to them about what they’re going through. In the long run, you may find this helps you as much as it does them.

“Before we moved we talked to our kids about the adventure we were going to go on and about all the new friends they were going to make and explained to them that we would be able to skype or call their friends whenever they wanted,” Heather told us.

Cindy adopted a similar approach. “I told them we’re going on an adventure,” she said, “and while the road might not be simple and straight forward, as long as we have fun that’s the most important thing”.

It’s also important to remember that children are resilient and that they’ll soon be excited by all the new things they’re experiencing.

No matter how well you plan, things will feel disorganised

When Shawntell moved to the UAE with her husband and their children, she told us, things were pretty chaotic, especially in comparison to their previous moves, which had been organised by the military.

Initially they stayed in a hotel, before moving into temporary housing for the length of her husband’s probationary period.

That meant living out of just eight suitcases for those three months, with much of the space dedicated to the children’s belongings. That’s not an awful lot when you’re trying to build a life in a new country.

Finding the right school can be challenging

In many countries, a major worry for most parents is ensuring their children get into a good school. That can be tricky at the best of times, but when you’re not even sure which schools are the good ones, then things can get seriously difficult.

“It’s very hard to get a good idea of a school just from looking at their website as you can’t get a feel for what the school is actually like,” Heather confirmed.

“Everything revolves around the school as you want to live close enough to it so school runs aren’t an issue,” she added.

If the school only accepts pupils from a certain zone, then living nearby becomes an even bigger imperative.

That was something Cindy had to deal with, as many schools in the UK only accept pupils from certain catchment areas.
That’s if you can get your kids into the school in the first place. When Shawntell moved to Abu Dhabi, she found that most of the schools she looked at were over-subscribed. Additionally, it was impossible to place the children in a school until everyone’s residency permits had been approved. That itself took more than a month.

“The school situation was very stressful because if we could not find a school, we could not stay,” Shawntell told us .

One thing that Heather found useful was turning to social media to find out what schools other parents recommended. She then approached those schools to see which ones had availability.

You can’t just rough it

When you move countries as an individual, or even a couple, you can survive without a few home comforts for a while. That’s just not possible with kids. You want them to have everything they need as fast as possible.

That boils down to where you live too. When you’ve got kids, you can’t just move into the first place you like the look of. Depending on what you’re earning, finding somewhere that can comfortably accommodate a family of four within your budget can be a serious challenge.

When Cindy moved to the UK as a single person, for instance, she was able to get by in a house share. Once she had a family however, finding a house became imperative. Because of the schooling situation in the UK, it was also important to find one in a catchment area for good schools.

Things don’t necessarily get less complicated once you’ve found the right area either. As Shawntell reminded us, “some housing complexes are not as kid friendly as others”.

Once Heather and her family were settled, they found that that “shipping a container, which included all the things the kids were familiar with, really eased the relocation process”.

“It’s awful if you move countries with young kids and they get sick and you have no idea where to take them,” Heather told us.

Depending on where you move to, finding a doctor who speaks the same language as you can be the most crucial part of the equation.

Even in the UK though, Cindy felt it was imperative to have her kids registered at doctors and dentists within one month of arriving.

Unless you’re moving to a place where you have relatives, the strongest connections you form in a new country will be with the friends you make there. Those connections become even more important when you have children.

Without family, your friends will be the ones you turn to when you need someone to pick your kids up from school in an emergency, or even just for emotional support.

“You need to know you have someone you can call if you need help since you are so far away from family,” Shawntell told us. “Especially when you have kids. Knowing you can count on someone to pick up your kids from school if you get in a bind and can’t make it in time is so important to adjusting”.

Heather agrees, adding that she joined a number of social media groups – both for advice on settling in children and to keep up with other South Africans in the UAE — in a bid to make the move easier.

But so does staying in touch with family

When Cindy moved to the UK as a single person in 2009, she contacted her family once a month, “to tell them I was still alive”.

When she moved over again in 2014, this time with a husband and two children, she found herself setting up regular Skype sessions with extended family to ensure that they didn’t feel out of touch.

Have you moved countries with children? What were your experiences ? Did you find anything in particular made the move easier? Let us know in the comments section below.