Retroviral’s Mike Sharman on building great teams, being a new dad in business 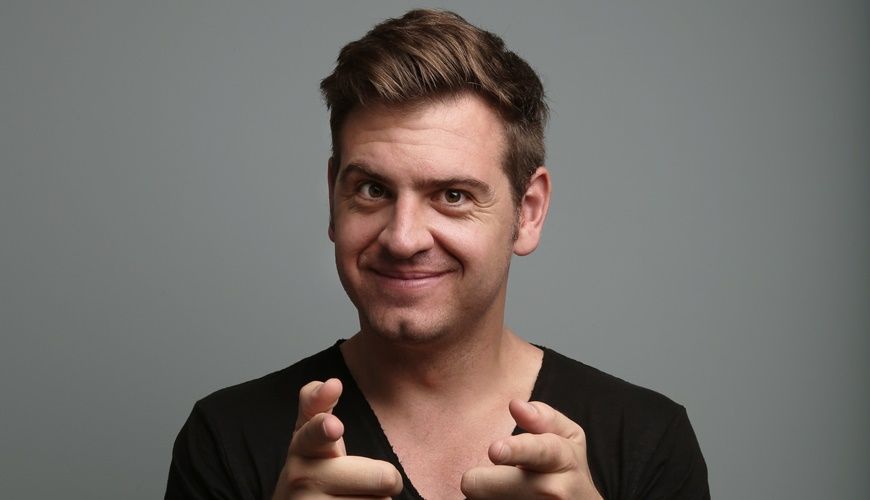 If you’ve spent time in and around the South African advertising and marketing space, chances are you’ve run into Mike Sharman at some point. Confident, affable, and with a penchant for loud pants, he’s a natural on the conference circuit.

But Sharman doesn’t just talk a good game. In just a few years, he took Retroviral – the online company he founded in 2010 – from a small startup to a significant acquisition target.

With the Retroviral founder in the midst of launching his first book, we got the chance to sit down with him and talk about the company’s journey, how it’s gone about building the strongest teams possible, and why staying small works for it.

Sharman’s first child was also born earlier this year, giving us a chance to ask him what impact that’s had on the way he runs his business.

From London to Joburg

Like so many South Africans over the past couple of decades, Sharman spent the early part of his working career in London.

It was while there, during a stint with a PR agency, that the seeds for Retroviral were sown.

At the time, the consumer tech space was starting to explode and social media was in the ascendency.

In Sharman’s words, “Twitter was one of the most spoken about platforms on a daily basis on the commute in London.”

Back in South Africa meanwhile, broadband connectivity rates were rapidly increasing and becoming more affordable ahead of the 2010 FIFA World Cup.

All of these elements combined convinced Sharman that South Africa was ready for a company that combined PR, social media, and real-world activations in a way that would get people talking.

“When I saw what things like Twitter and Facebook and LinkedIn were able to offer brands,” the Retroviral head told us, “there was almost this natural fit between telling a really good story about a brand, plugging it into the digital environment, and seeing how you can activate it”.

So, in 2010, Sharman headed back to South Africa to launch Retroviral.

Bootstrapped from the start, the company had its first retainer clients through relationships with their primary agencies.

According to Sharman, the big coup was when Retroviral was “picking up some Nando’s work and working on the first seeding campaign for their posters, which are now famous”.

With that win, more successes followed for Retroviral, including doing the seeding for one of Nando’s most infamous campaigns:

This, Sharman told us meant Retroviral was “able to really focus our offering on being this agency that made stuff go viral”.

“Every year since then,” he added, “we’ve had one campaign that has gone ‘viral’ on a global stage, been spoken about in several countries, and made it onto top news sites across the world”.

When Retroviral was getting off the ground, it remained incredibly small. As more work rolled in, however, it was clear that the team was going to have to grow.

Sharman admits to a degree of trepidation at this point.

“In the beginning, I was really uncertain about when to hire someone when to put them into the mix,” he said. “It’s a really challenging dilemma for startups because you don’t necessarily have the dedicated cash flow or the pipeline to justify why you should have a person in a full-time role”.

Add in the typical feelings of responsibility for someone else’s wellbeing and you can see why Sharman took a cautious approach.

One thing that helped was doing some joint venture work with Melissa Atree, a South African PR veteran.

Ultimately though, one of Sharman’s most valuable early team members would find him, rather than the other way around.

Kirsty Sharman (no relation), launched a “#WeWantKirsty” that combined blogging and social media to make the case for why Retroviral should hire her.

“People loved and shared it because it was so honest and it was quite humorous the way she’d used these different elements,” Sharman said. “There was even a picture of her kissing a horse”.

It ended up being picked up in the US by a big resume site as an example of how to tell a company that they should hire you.

“I started getting bombarded with tweets, saying things like: ‘if you don’t hire this girl, we will’, ” Mike told us. “So there was a whole bunch of extra impetus on why I should hire her and she should be part of the team”.

It turned out to be a great hire, with Mike and Kirsty’s strengths complementing each other.

“She was very much more technical, and I was more of the natural salesperson, so she and I would tag team very well,” he said.

Kirsty set the tone for the caliber of people who’ve applied to Retroviral since, with applicants making videos, baking cupcakes, and singing songs in a bid to work for the company.

“That for me is the entry point: find that remarkable person, then look at the paperwork and see what their credentials are,” Sharman told us.

Another thing that sets Retroviral apart from other agencies is the fact that it’s stayed comparatively small throughout its history. Even after being acquired by South African conglomerate Bidvest in 2015, the Retroviral team is still only about 10 people strong.

According to Sharman, this was a deliberate choice.

“I never wanted to be the biggest agency because I’ve seen the problems that comes with, he said, “I mean you end up creating this behemoth that needs to be fed on a daily basis, fed with hundreds of thousands, millions of Rands worth of retainers”.

Additionally, he points out, staying small allows the company to stay nimble, something that’s vital for the work it does.

Sharman does, however, admit that some things have changed in the wake of the acquisition.

“I think for us,” he said, “it was a very interesting part of the journey because you’re being exposed to a whole new experience that you had never seen before”.

On a personal note, Sharman said he’s “been exposed to a lot more financial acumen that I wouldn’t have necessarily have been able to learn in any other facet of life”.

As a result, he said, the business has become “a lot more of a strategic and scientific” than it was before.

Another major change in Sharman’s life was the birth of his daughter, India, earlier this year.

“It’s such a game-changer,” the Retroviral founder told us. “Having a new-born is basically like having a startup. There are so man unknowns”.

Perhaps most profoundly, it’s changed the way he approaches work.

“It’s about making sure that you work as hard as possible during the day so that you can then at least spend some quality time with this little person before she has to go to sleep,” he said.

With Retroviral having seen so much change over the past seven years, where to next?

Speaking to Sharman, it’s clear that the next chapter in the agency’s story doesn’t involve standing still.

“For us,” Sharman told us, “it’s imperative that we have our finger on the pulse in terms of what is current, but that we always look slightly ahead so that we retain our competitive edge when it comes to launching new campaigns”.