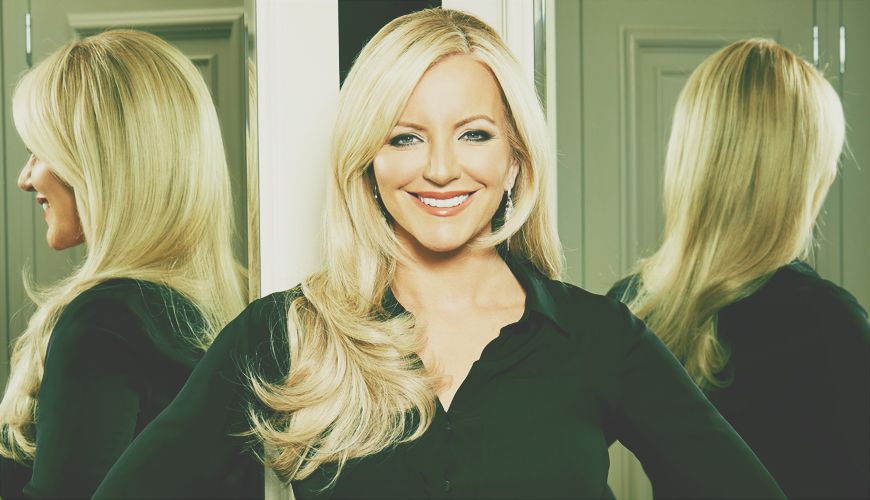 Not all that long ago, the idea of someone born in one of Glasgow’s roughest suburbs making it in business, never mind the House of Lords, was unthinkable. But that’s exactly what happened to Michelle Mone, known these days as Baroness Mone.

Born Michelle Alan in Glasgow’s East End, Baroness Mone left school aged 15 to help support her mother and father after her father was confined to a wheelchair.

Things can’t have looked great at that point, but by her mid-20s she had risen up to become head of marketing at a large Scottish brewing company. After being made redundant, she was prompted to start her own business.

While wearing a very uncomfortable cleavage enhancing brassière at a dinner dance, Mone realised she could improve the design. In 1996, Mone and her then husband Michael launched MJM International, and three years of research, design, and development resulted in the Ultimo bra.

It was a runaway success and made Mone a multimillionaire. It wasn’t all plain sailing though. Following the breakdown of her relationship with her husband, Mone left the company briefly in 2013, before buying him out and eventually selling her stake and winding down her directorships.

But she also received an OBE from Queen Elizabeth in 2010 and was elevated to the House of Lords in 2015.

Right now, Mone is the sole owner of fake-tanning brand UTan and holds a 5% share in new tech company ‘Social Superstore’ as a non-executive Director.

Ahead of her talk at the recent UAE edition of the National Achievers Congress, Engage Me got the chance to talk to Baroness Mone about what she’s learned from these life experiences, her approach to employee culture, and the importance of passion in business.

Engage Me: Your childhood was spent in some pretty tough circumstances, have they played a role in defining your approach to your career and approach to business?

Baroness Mone: My childhood taught me to be tough and never ever give up. It taught me to believe in myself and that if I want to achieve success I have to go out and get it. I’m proud of where and how I was brought up as it keeps me hungry, driven and most importantly, grounded.

EM: Your big break as an entrepreneur, through the Ultimo bra, came from trying to solve a problem that you were experiencing. That’s fairly common among entrepreneurs, but do you think enough people see opportunities in those kinds of circumstance?

BM: I saw a gap in the market for a comfortable cleavage bra so I decided to fix it. People don’t need to come up with brand new ideas, just look to innovate. If there is something you can make better – you should go for it, you might stumble across the next big thing!

EM: During your time as an entrepreneur and business person, what kind of culture did you try foster among your employees?

BM: I always tried to be a good leader, so I didn’t ask them to do jobs if I wasn’t willing to do them myself. I always ran a tight ship that made my team get better and better as time went on. I remember when we first took Ultimo online, I would be in the warehouse with my team helping to pack orders to get them out in time.

EM: A few years ago, you made the shift to politics. How much of a mental adjustment has that been?

BM: Every day I learn more and more, which is how I have always lived my life. Being a Baroness keeps reminding me that I am ALWAYS learning new things. It has made me more hungry to help women, start-ups and businesses to grow and flourish.

EM: You’ve been involved in initiatives to promote entrepreneurship among working class people. How important do you see that as being within a wider economic context?

BM: My Government review on boosting start-ups in deprived areas was fascinating. I found out that the issues these businesses were facing were the very same as those I faced when I started. The main barriers were to securing finance, networking, receiving support and mentoring, as well as knowing how to set up businesses in the first place. I think the future of business is entrepreneurship so we must help those who are struggling.

I’m delighted to announce HSBC have now agreed to open up business hubs because of my review!

BM: There is no point in setting up a business if you’re not passionate about it. You must be passionate about your business, product and yourself and if you aren’t then you’ll struggle from day one. Finding your passion and linking it to a market is how the best way to start.