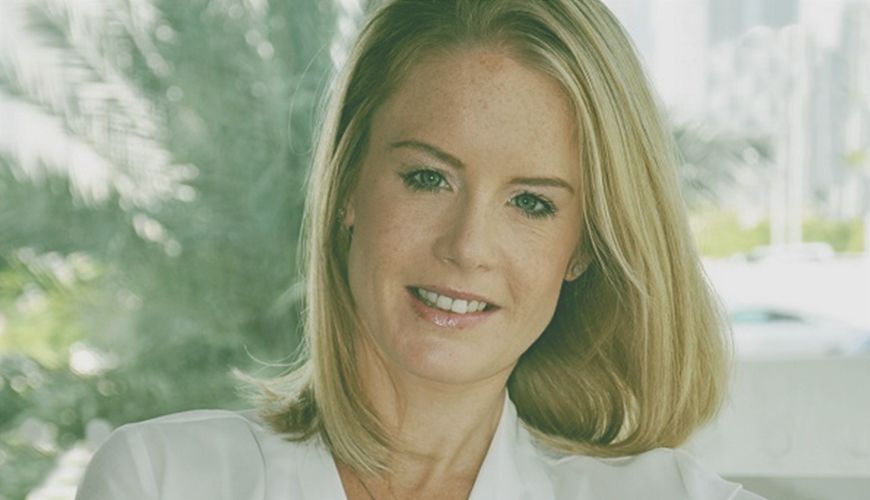 Any mother who’s ever taken time out of their career to raise their kids knows how difficult it can be to go back to work. Even if you’ve kept up with all the latest trends in your chosen field of work, potential employers might be put off by the gap in your CV. Moreover, if your children are still at home when you go back to work, you might not be able to find a job that offers you the flexibility you need.

One Dubai-based company trying to make it easier for women to return to work, without compromising their need for flexibility, is Mums@Work.

Driving that success has been managing director Louise Karim, who has more than 15 years in advertising and PR, working on accounts like Emirates and Virgin.

We recently got the chance to speak to Karim about what Mums@Work is trying to achieve, the state of flexible working in the UAE, and the challenges of getting companies to understand the benefits of flexible work.

First though, we got the low-down what inspired the creation of Mums@Work.

According to Karim, the genesis for Mums@Work came about after Mackenzie had lunch with a lawyer friend who’d been out of the workforce for four years.

When he pointed out that the gap would make it difficult for someone to hire her, she replied that the DNA that made her successful in her career prior to the time off hadn’t changed.

That, Karim told us, got Mackenzie thinking about how many talented women there are, especially in the UAE, whose talents are going to waste because companies won’t consider using it.

It was also clear that, because many parents in the UAE don’t have the extended family support they do in other countries, the best way for companies to make use of this talent would be with part-time and flexible roles.

Unfortunately, the UAE still has some way to go when it comes to adopting a flexible work culture, meaning that he couldn’t just put up a dedicated jobs site and hope for the best.

Realising that Mums@Work would have to be more than just another recruitment company if was to succeed, she set about putting her own stamp on it.

“What I wanted to do was build a community for women in the region, focused on flexible working, but a community for people to get together, to learn, trade, and collaborate”.

The strength of community

Building this kind of community has been fruitful too. “We work a lot with members of the community,” Karim told us.

That community collaboration has been especially evident at the free events run by Mums@Work. These events aim to support and inspire women as they make their way back to the workplace.

Alongside practical topics such as CV writing, interview techniques, and confidence building, the events include talks by career coaches and women who’ve achieved success in their fields.

There’s also a social element to the community aspect of Mums@Work, something which Karim says is incredibly important.

“Just getting people together that are all in the same boat, helps confidence, which is a massive thing,” she told us. “You wouldn’t believe how many women lose their confidence because they’ve not been in a work force, even if it’s just for a couple of years”.

“These women had great careers, but all of a sudden they stay at home for a bit and they question everything that they knew before, which is crazy,” she added.

Even if you’re the most confident woman on the planet though, there’s no guarantee that someone won’t take a look at the gap in your CV and reject it out of hand.

That’s where Mums@Work’s “Return to Work” programme comes in.

The 12-week initiative is effectively an internship that allows women to get back up to speed with the demands of their profession, while also giving them one-on-one mentoring, tailored on-the-job training and multiple networking opportunities to elevate their profile within the UAE business community.

In order to give these women the best opportunities possible, Mums@Work partnered with the likes of IBM, Visa, APCO Worldwide, and Virgin.

Fittingly, it’s something that Karim tried out at Mums@Work before expanding it into the wider world.

“I have a marketing manager who took eight years out,” the Mums@Work MD told us. “She was my trial for the return to work programme”.

At the end of three months, Karim offered the woman a full-time job. It’s a story she hopes will be replicated across the UAE.

If that’s to happen though, Karim acknowledges, there’s going to be a lot more education needed among companies in the region.

“Our biggest challenge is in education,” she told us. But once these companies are hooked, things tend to get a lot easier.

“We found that once people have tried the whole concept, they’ve recruited someone, they’ve got onboard, they come back to us,” Karim said.

That means the educational work done by Mums@Work is two-fold. First off, there’s educating people about what the company’s doing. Flexible and part time work is, after all, a relatively new concept.
Once you’ve got people’s attention though, you have to demonstrate that the concept works.

“We’ve had to demonstrate to people how this is working and the caliber of candidates that we have,” Karim told us, admitting that the company’s had to overcome some negative perceptions about the women on its databases.

One of Mums@Work’s most effective tools when it comes to demonstrating that the concept works is ensuring that its own employees work flexibly.

“Flexible working, that’s the norm really within us a business,” Karim told us. “We understand that kids get sick or they’re going to need something from us. So as long as the team delivers, then where they are and where they’re working from doesn’t really bother me”.

As Karim points out though, this isn’t just about giving working mothers the flexibility they need.

It’s also about keeping up with where the wider world of work is going.

“The way that the world’s going, people won’t sit at a desk from 9 to 5 anymore,” Karim told us. “So it’s not just about mums, it’s about the whole generation of people that don’t want to sit at a desk and tick a box that they’re there”.

That suggests that services like Mums@Work are primed to be in serious demand. But that doesn’t mean it’s about to rest on its laurels.

Looking forward, Karim hopes to expand on its current initiatives as well as taking on new ones.

“Our plans are pretty much more of what we’re doing: events, training, leveraging partnerships, to extend our audience, pushing the ‘Return to Work’ programme”.

There are also hopes that the company can increase its geographical reach.

“Once we’re ready, and the resources are there, then I’m sure that we can kind of push further afield than where we are now,” Karim told us.

With the kind of growth Mums@Work has seen in little more than a year and a half, you wouldn’t bet against it.