Lee Naik: How Africa’s digital opportunity will transform the face of work on the continent 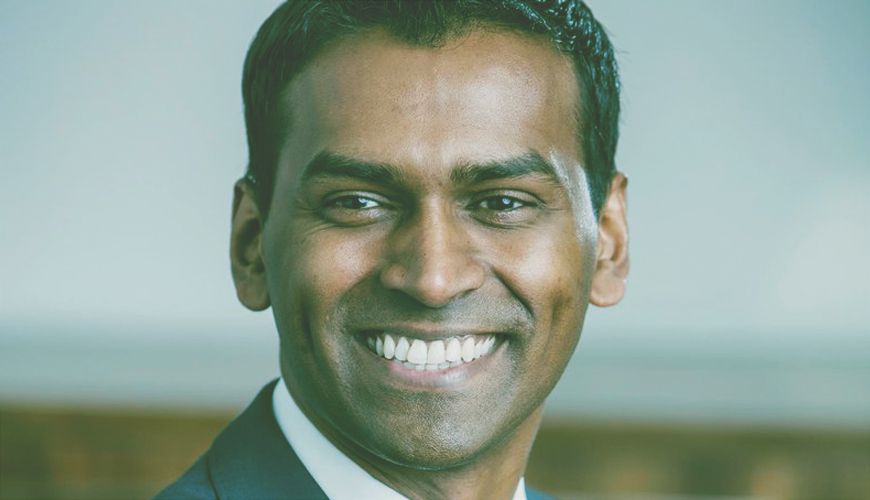 The digital opportunity in Africa has never been bigger. The continent’s various economies stand to gain billions of dollars. If ordinary people are to make the most of that opportunity however, it’ll require a massive shift in the way work is done.

That was the message from Transunion Africa CEO Lee Naik when we spoke to him at the recent IAB Digital Summit in South Africa. He should know too. Prior to joining TransUnion Africa, Naik had a long career at Accenture, a tech-focused professional services firm, where he eventually rose to become MD.

From a business perspective, Naik believes the biggest opportunity lies in connecting people’s offline experiences and the way they live in the digital world. When it comes to the future of work meanwhile, the TransUnion Africa CEO is realistic about the potential impact of automation. That said, he believes digital means that it’s easier than ever for people to upskill themselves and avoid being made redundant by automation.

Getting to know you

“Part of the opportunity for us,” Naik said, “is that digital is both an egalitarian type mechanism that’ll level the playing field and may allow us to leapfrog people who are caught up in legacy and that are held back in their ways of working”.

According to Naik, areas ripe with digital opportunity in Africa include analytics, big data, the Internet of Things, and customer experience.

The real trick however is marrying all of those disparate fields to create a complete profile of the consumer.

By connecting markers from the offline space, such as credit scores, with your behaviour in the digital realm, you enter into the realm of hyper-personalisation.

This, Naik told us, allows retailers to become more relevant to your life.

But it’s not just retailers who will have to adopt this approach, Naik argues.

“The reality is as we go forward, almost everything we do as organisations, as retailers, banks, telcos, and even governments must be properly commoditised, meaning that we have many options from a pricing perspective,” he said.

“The point,” he added, “is that as you start to acquire resources and data, you get a better perspective of the consumer and you can start to personalise not just campaigns but overarching product strategies in response to what’s happening in the markets”.

On automation and industrialisation

“In fact”, he told us, “half of the jobs that you see today are probably prone to industrialisation because it’s repetitive, it’s monotonous and in fact can be automated and digitised in many ways”.

This, he believes, means that organisations need to “rethink how they source the capabilities they need to deliver their customer value proposition”.

On the one hand, that can mean using third-party resources and on the other it can mean finding new ways of understanding the employee-employer relationship.

“Do I need to see the person to know that the work’s been done? Can I work with the person virtually? Can I use the person for an hour, versus an entire week, versus a month? Can I pay for the output or the outcome versus the input?”, are some of the questions Naik believes companies should be asking themselves.

But what about the people who risk losing their jobs to that automation? While Naik readily admits their fears are valid, he told us we should bear in mind that it’s also becoming increasingly easy to gain the digital skills necessary to overcome automation.

“We’re going to see that acquiring new digital skills doesn’t require you to go to a traditional university, or a design school, or a digital school,” Naik told us. “You can now consume these skills by using massively open online courses, through the likes of Coursera, Udacity, Singularity and a bunch of other startup-type vehicles that allow you to consume education in your own time”.

So what skills should people be looking at? As Naik pointed out to us, “there are things that we do incredibly well that robots can’t do; such as creativity, orchestration, high complexity work. So I think that’ll always be the forte of what humans do really well”.

That means people who can do data science “or something more visual like service design and design thinking” will be highly valued.

While Naik reiterates that there is an onus on employers to gain these skills, he also believes that “organisations have a responsibility to run opportunities for you as an individual, to have a more structured education”.

Even if you do upskill yourself however, there’s no getting away from the fact that you will most likely have to work with technology, rather than apart from it.

“Humans will be forced to work with technology to deliver future work,” Naik told us. “It won’t be one or the other and it’ll have to be hand in glove to be successful”.

Ultimately, he said, “the point is, whether there’s a person here or a person there or a robot here, or a robot there, you’ve got to think about how you supply demand or you supply the response to demand in very new and creative ways”.