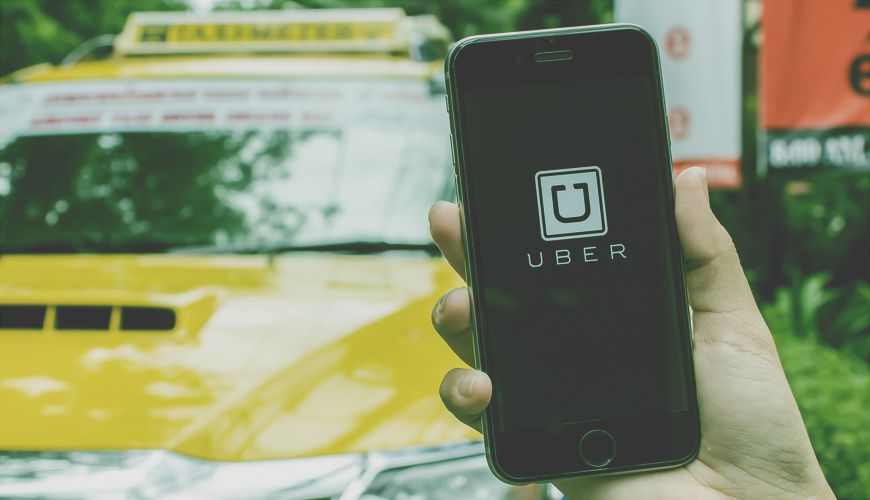 Throughout history, technology has rendered jobs redundant. Think about it for a moment: today it would seem ludicrous to pay someone to wake your workers up, but knocker-ups were crucial to the success of the Industrial Revolution.

By and large, these changes have benefited society, making any lost jobs easier to tolerate.

But will it always be that way? Will the next jobs rendered redundant by technology tip societal balances around the world? And when that tipping point comes, will it be for the better?

In order to get an idea, it’s worth looking at the people who are most likely to lose their jobs to technology in the near future. Here are just a few of them.

In late 2016, Uber’s self-driving truck made its first delivery, travelling 193kms to do so. While the truck was under the supervision of a driver, something that the division behind the project says will be the case for some time to come, self-driving trucks may become commonplace on the roads far sooner than cars.

After all, these trucks predominantly operate on highways, meaning they don’t have to deal with the pedestrians, four way stops, and kids on bicycles that their smaller cousins do.

And once they do hit the road in large numbers, the days of the long distance truck driver could be numbered.

In fact, some have estimated that around 1.7-million truck drivers in the US alone could lose their jobs within the next decade.

Much as it pains this writer to say it, journalists are far from immune to the threat of technology.
While investigative reporters, columnists, and analysts are safe for now, artificial intelligence (AI) is playing an increasingly large role in the newsroom.

The Associated Press, for instance, is already using AI to write minor league baseball reports. Other publishers, including Fox and Yahoo use similar technologies to generate sports reports.

There are also a variety of free news writing bots out there. Right now, they’re best used in reporting fields where there’s lots of data to sift through, such as finance.

Whether there’s any real chance of an AI reporter winning a Pulitzer is up for debate, but there’s no doubt it will take jobs once reserved for humans.

Insurance underwriters evaluate the risk and exposures of potential clients, determining how much coverage they should receive and how much they should pay for it.

It’s a job that’s all about applying data intelligently and that means the people doing it are in imminent danger of being replaced by technology.

In late 2016, Tokyo insurance firm Fukoku Mutual Life Insurance announced that it would replace 34 of its workers with IBM’s Watson Explorer.

If the programme’s a success, expect other companies to follow suit.

Given the wide array of conditions they work under, it should hardly be surprising that construction workers haven’t been completely replaced by technology.

Thing is, that might soon change. Robotics companies have already demonstrated prototypes capable of laying bricks four times faster, and with a much higher degree of accuracy, than their human counterparts.

The idea is that that these robots will be mounted on trucks, meaning that they can be transported to construction sites.

Technology has been coming for the customer service space for years now. The fact that call centres still exist does, however, show that its impact hasn’t been quite as big as some thought it might have been.

The rise of AI-driven social chatbots may soon change that. These bots are cheap, can be programmed relatively easily, and don’t require the payment of hundreds of salaries.

According to The Telegraph, customer service occupations are among the 50 most likely to be lost to technology.

To say that taxi drivers around the world haven’t taken kindly to Uber would be an understatement.

In cities from London and Paris, to Johannesburg and Cape Town, they’ve protested against the intrusion of the ride-hailing app on their business.

Thing is, human-driven Ubers are just the beginning when it comes to disrupting the taxi industry.

The California-based company has already rolled out fleets of self-driving cars in some American cities.

While things haven’t gone as smoothly as it might have hoped, it’s only a matter of time before someone gets it right.

Farm jobs have always been vulnerable to changes in technology. Why, for instance, have a team of people ploughing your field when a machine can do it much faster and at a fraction of the cost?

In the near future though, things could get so high-tech that farmers will be able to manage their entire operations with hardly any labourers at all.

Today, there are robots that can herd cattle, irrigate crops, kill weeds, and measure the health of crops.

As those technologies become increasingly affordable, they’ll only become more commonplace, replacing the people who would once have done those jobs.

How, you might well wonder, could technology replace actors? Well, to a degree, it’s been happening for years now. CGI and motion capture have slashed the need for extras in large crowd scenes.

Now, however, these technologies are being used to replace human actors in certain roles. Perhaps the best-known recent example of this saw a CGI Carrie Fisher play a young Princess Leia in Rogue One: A Star Wars Story.

How long then before movie studios are able to dispense with human actors entirely?

This one’s a little more complicated. There are parts of the law that are far too complex for a machine to understand in the foreseeable future.

What machines can do is a lot of the drudge work that gunges up the legal system.

It’s easy to imagine similar applications across a variety of fields. And while the people who specialise in this kind of work would undoubtedly be disappointed to lose their jobs, the customers who can get things sorted out affordably and efficiently probably wouldn’t give it a second thought.

There are, of course, numerous other fields that are susceptible to technological change. Quite what the ramifications will be, at this stage, is unclear. Some fear that we’ll become slaves to AI. Others argue that these technological shifts could free us from labour and, with a universal basic income, allow us to explore our passions.

Either way, it’s probably best you buckle up, because it’s going to be a wild ride.