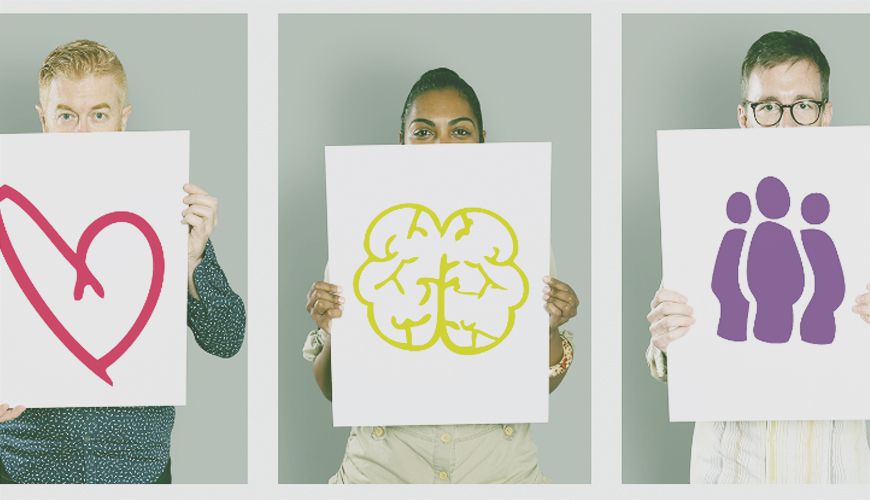 It’s not generally easy to get a gauge on a company’s culture from a single visit, even less so when its offices are in the midst of a massive revamp. You’d expect chaos and uncertainty. But when Engage Me recently visited the Cape Town headquarters of New Media Publishing, currently being overhauled, there was an overriding sense of calm productivity. Presiding over it all is CEO Bridget McCarney.

McCarney, who has been with the company since 2002, has overseen its growth from an upstart publishing house of just 13 people to a leading content marketing player with more than 250 employees.

We sat down with McCarney to find out how New Media Publishing has maintained a viable company culture through that growth, the kind of office space it’s trying to build, and why the company’s so obsessed with purple.

From pioneer to mainstay

When New Media Publishing started in 1999, there were very few publishers doing custom publications for corporate clients. In a world where glossy consumer magazines ruled the roost and the internet wasn’t mature enough to be a real concern, it was decidedly unglamorous.

New Media Publishing set about trying to change that.

“We were always rigorous,” McCarney told us. Her team took the attitude that, “it doesn’t matter if it’s a custom publication, it should still be the same kind of quality as a newsstand publication”.
It’s a mark of how well they managed to do that, that one of the company’s first clients – clothing retailer Ackermans – is still with it today.

Over time, the skills within New Media Publishing have grown too. They’ve had to, otherwise the company wouldn’t be able to handle the variety of publications, covering everything from food, to business, and internal communications, it does.

At the same time though, it’s had to adapt the way it does business to the changing demands of the content marketing space.

What was once deeply unfashionable is now a must-have.

“We now kind of fight in this market that is incredibly crowded,” McCarney told us. “Wherever you turn now, everybody’s doing content and telling brand stories”.

That means the challenge for New Media Publishing has changed too. Ensuring that a client’s offering sticks out means being innovative and imaginative.

As part of that, New Media Publishing has changed the way the company is structured. Rather than structuring itself around individual magazines, teams within the company are now built around areas of expertise.

That means each publication gets a wider set of resources without diluting the overall knowledge base.

But, as McCarney points out, all those hubs of expertise would mean little if the people behind them didn’t feel valued.

“It’s only the people that can create something that is different, or speaks differently, and resonates differently,” she told us.

Take away the people, and you have just another content marketing company.

They also need a little something else though. According to McCarney, they need to be “purple”.

Purple, she told us, is “the perfect combination colour between red and blue. And that kind of informs the kind of people we want. People that can combine creativity with logic”.

And, helpful as it is to have the right structures and people, you still need something to bring them together.

Some companies try do this by making a big song and dance of their values. The trouble with that is one company’s values can very quickly start to look like another’s (McCarney recalls once seeing a tyre shop’s values and thinking that they could easily be on the wall of a large media house).

And as the company grew, it became increasingly clear that the behaviours which had served it so well needed to be formalised.

It therefore published “The Purple Code”, a booklet which outlines what the kind of behaviours company employees like to see and don’t like to see in their colleagues.

Interestingly, the Purple Code has created a whole new language, with people telling each other “that’s not PC (purple code)” when one colleague does something another disagrees with.

Another important factor in creating a rich company culture, McCarney told us, is trust.
“Everything in a culture, to my mind, rests on trust,” she said. “You either trust people or you don’t trust people. There is no in between”.

As a mark of that trust, New Media Publishing operates on true flexi-time, allowing employees to come into the office as and when they need to.

It’s something that’s made a massive difference since being formally introduced. McCarney recalls an editor coming to her with tears in her eyes because it meant she could pick up her eight year old son after school rather than leaving him in an aftercare facility with much younger children.

But, she adds, trust isn’t just about employees and managers. It’s also about colleagues trusting each other to do the best job they possibly can.

“You have to have the respect of where you sit in the process and what your teammates need of you at the time,” McCarney told us.

Another example of how New Media Publishing keeps its employees accountable to each other is the PC Score.

Each person’s score is determined by six other people (including teammates, managers, and colleagues) according to how well they adhere to the behaviours outlined in the Purple Code. The PC Score then influences things like what bonus an employee gets at the end of the year.

It’s also a refreshing replacement to KPIs, which McCarney points out, “everyone hates”.

The PC score additionally plays a role in how people progress through the company, meaning that that the people who make the biggest gains are the ones who most embody New Media Publishing’s ideal behaviours.

Once the renovations are complete, New Media Publishings’ employees will also have a new space to practice those behaviours in.

While it’ll be open space, there will be plenty of areas for people to do things like take private calls. Most importantly for McCarney though, each floor occupied by the company will include a coffee-bar style area where people can eat lunch and interact.

“Generally speaking though,” she added, “the change is designed to give people a little more space and structure”

It’s a mark of the kind of company New Media Publishing is that people feel comfortable enough to talk to McCarney about how they’re feeling in the midst of all this change.

“People will literally pass me in the corridor and say, ‘things are feeling a bit different’,” the New Media Publishing CEO told us. “They will talk about the sense of, you know change, and they’ll talk about things they’re happy or unhappy with, which I think is marvellous”.

To a large degree, McCarney suggests, this is because the company goes to great lengths to ensure that everyone knows what’s going on.

“We try to over-communicate,” McCarney told us. “We never can do enough. People always want to know more”.

And for a company that specialises in top level content, that seems about right.