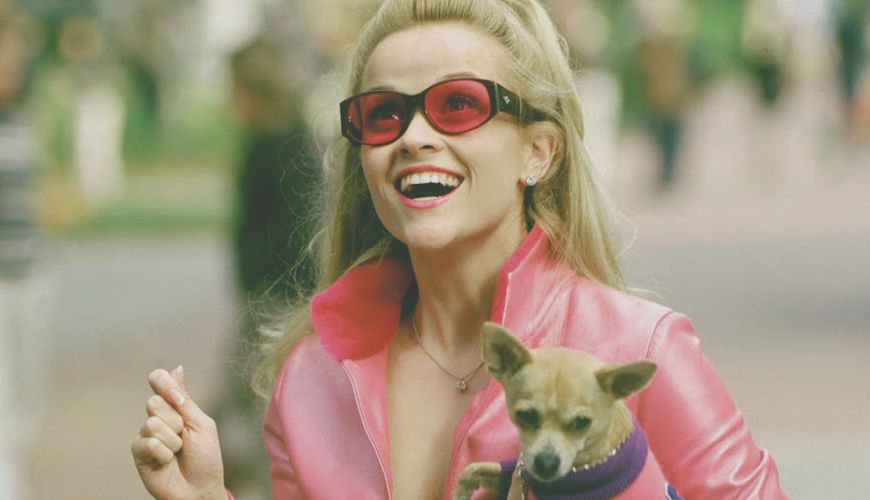 If you’re looking for inspiration, there are plenty of real-world women you can turn to. Each, in their own way, is a pioneer, chipping away at the proverbial glass ceiling. These women, whatever their position, are great. They deserve to have praise heaped on them every day.

Sometimes, however, inspiration comes not from real life, but from the realms of cinema. Who among us hasn’t, at some point, watched a movie and thought to ourselves, “I want to be like that character”?

With that in mind, here are some of the most inspiring working women in cinema.

Over the years, there have been plenty of movies that show women being successful in the workplace, but Legally Blonde was one of the first to show that they could do so without conforming to society’s expectations of them.

For those of you who were deprived of Disney movies growing up, Mulan is the story of a young Chinese woman who takes her father’s armour and disguises herself as a man in order to save him having to go to war.

While there’s the typical Disney mix of comedy and tragedy along the way, the movie’s an important reminder that you can do incredible things and still just want to go home at the end of the day.

Have you ever wondered how you should act when all your male colleagues are clearly stumbling towards disaster? We’d suggest watching Alien and taking some notes from Ellen Ripley.

Read more: 4 Movies with an optimistic vision of workplace technology

The maids of Jackson, Mississippi: The Help

Some will try tell you that protagonist Skeeter Phelan is the character from the 2011 movie The Help that we should draw inspiration from.

We’d like to suggest you instead focus on the maids who she interviews for her book. It is they who stand up against racism and prejudice at a time when doing so could cost people their jobs, or even their lives.

Pushing for reform isn’t always easy, especially in an established institution geared towards a certain way of doing things.

As Katherine Watson (played by Julia Roberts) shows in Mona Lisa Smile however, the rewards for doing so can be immense.

Released in 1979, Norma Rae tells the story of a factory worker from a small town in North Carolina who becomes involved in the labour union activities at the textile factory where she works after the health of her and her co-workers is compromised.

The role won Sally Fields an Oscar and is a reminder to fight for your principles when everyone around you would rather you allowed the status quo to remain.

Read more: 6 Movies that resonate with every disgruntled employee

In the late 80s, there were many women who desperately wanted to be Working Girl’s Tess McGill (played by Melanie Griffith).

A secretary from Staten Island with goals of making it big in the business world, Mcgill shows (admittedly via the kind of plot points you only find in Romantic Comedies) that you aren’t confined to the roles people assign to you.

Some might punt for Runway editor Miranda Priestley as the inspirational woman in this 2006 movie.

For our money though, Andrea ‘Andy’ Sachs’ reminder that you only have to put up with so much before leaving a high-stress job is far more relevant.

The newest movie on our list, Hidden Figures tells the true story of a group of African American women who played pivotal roles in the setting up of the US’ manned space programme.

At a time when many parts of the country were still grappling with segregation, the women were frequently ostracised. Indeed, it’s only recently that the role of these women has really made it into the public’s consciousness.

If nothing else, it provides hope that history will vindicate you in the end.

Which female movie characters do you find most inspiring? Let us know in the comments section below.