What does innovation look like in a workplace full of robots? 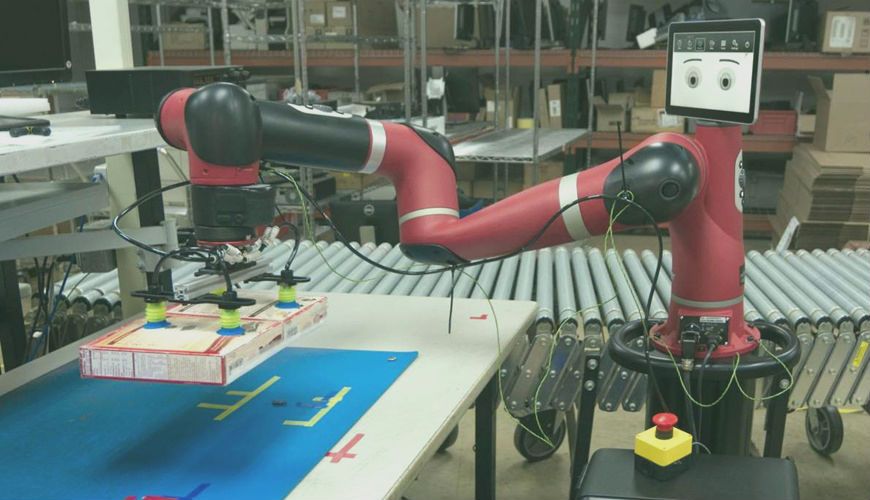 Robots are coming for your job. To many, it’s a nightmare that’s all too grounded in reality. To others, it’s a little more complicated than that.

Either way, there’s no getting around the fact that robot workers will become more commonplace. But what does this reality mean for workplace innovation?

Well, it seems, the answer depends on how we use those robots.

The end of drudgery?

If tech optimists are to be believed, the increasing use of robots in the workplace could be a massive boon for innovation. Proponents of this view argue that rather than taking over from humans entirely, robots will simply take over the drudge work currently done by humans.

This, they argue, will free up humans to take on more complex tasks that require imagination.

The historical precedent cited for this the ATM. When it was first introduced, many feared that it would cost bank tellers around the world their jobs.

Instead, they were freed from counting, collecting, and distributing money (all things that machines do better than humans) and could be reallocated towards more complex tasks such as loan origination and advisory services.

Something similar could happen in medicine. All over the world, doctors and nurses are stretched to the limit, thanks largely to the crazy amounts of paperwork they have to do. Automate that paperwork and you free them up to concentrate on patient welfare and diagnosis.

Apply that to any field you like and it’s easy to imagine a future where humans are engaged almost solely in meaningful, complex tasks.

Learning from each other

Another optimistic view holds that even if robots move beyond drudge work, there’s a good chance that working with them could actually make humans more innovative.

This isn’t just speculation either. Research has shown that pairing humans and robots is ultimately better for both.

A study conducted by Julie A Shah, an assistant professor at MIT, paired robots and humans in a series of tasks. Shunning traditional methods, which involve teaching robots that a way of performing tasks is “good”, “bad”, or “neutral”, Shah instead got the humans and robots to learn from each other. This technique, called cross-training, allowed both the robots and humans to perform their set tasks more efficiently.

The pursuit of profit

Those opposed to these optimistic points of view point out that most companies don’t historically have a strong track record when it comes to giving their employees time to work on creative projects.

Even Google, renowned for allowing its employees to spend 20% of their time on innovative projects that’ll help the company, has fallen off the map on this front in recent years.

It’s not great, but it’s understandable. When you’re trying to maximise profits and shareholder value, the logical thing to do is keep costs down and employees as productive as possible.

In those cases, it’s likely that the humans who remain within companies will be increasingly pushed to demonstrate that they have value over the machines.

If companies are to push creativity and innovation in the workplace, then they are going to have to demonstrate the edge it gives them over their companies.

Thing is, that might not be as inconceivable as it seems. As robots play an increasingly large role in the workplace, companies won’t just need people to monitor them. They’ll also need people to think beyond what those robots can do now to what they can do in the future.

As Tim Dunlop writes in The Guardian, in a world full of robot workers “an ability to deal with ambiguity, complexity and diversity will be desirable”.

This isn’t an especially new phenomenon either. As Steve Jobs pointed out at the launch of the iPad in 2010, technology is at is best when combined with creativity.

“It’s technology married with liberal arts, married with the humanities, that yields the results that make our hearts sing,” he said at the time.

Apple hasn’t done too badly out of this philosophy, suggesting that innovation can thrive in a robot-heavy workplace.

It is however down to the companies involved to ensure that it does.