10 Countries with the highest proportions of immigrant workers 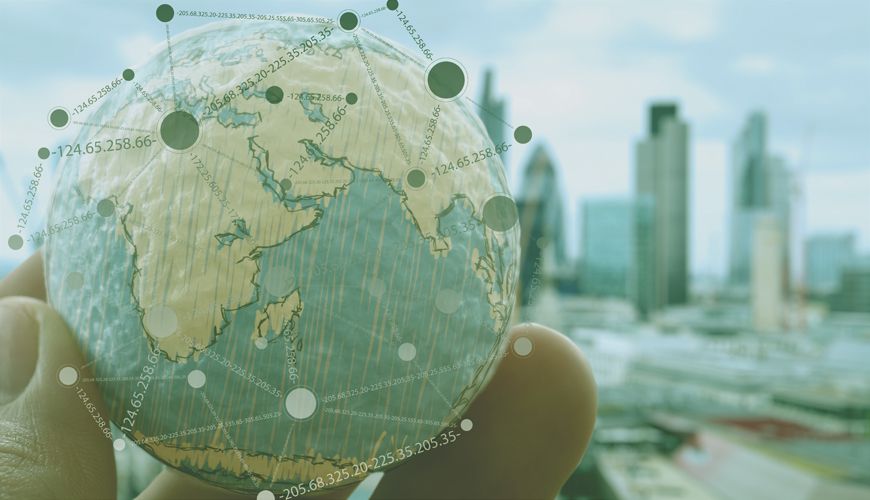 Despite what some politicians would have you believe, there’s nothing new about human immigration. For most of our history as a species, we’ve sought opportunities in new places. All that’s really changed is that transportation technology has made it easier for immigrant workers to move around around.

Moreover, many countries are dependent on foreign immigrants to complement their local workforces.

To get an idea of which countries these are, it’s worth looking not at the countries with the most foreign workers (although the US, which tops that list, needs foreign workers more than it might like to admit), but which ones have the highest proportion of foreign-born workers.

We’ve taken a look at the top 10 (excluding the Vatican) and dug into the reasons why so great a proportion of their workforces were born elsewhere.

It is also one of the richest territories in the world, with higher per capita purchasing power than any country on Earth.

Despite being one of the most densely populated places on the planet, Macau has an incredibly low birth rate, meaning that it’s heavily dependent on migrant workers to feed its growing economy. The vast majority, unsurprisingly, come from mainland China, making up 47% of the total population.

Officially, the US Virgin Islands are an insular area of the United States of America. If you’re interested in what that means, Wikipedia has a better explanation than I can provide here.

Ultimately though, it means that US Virgin Islanders are US citizens. That makes the territory, which is heavily dependent on tourism for its economy, a particularly attractive destination for people from neighbouring Caribbean islands where the economy might not be quite as robust.

Also located in the Caribbean, Sint Maarten is a constituent country of the Kingdom of the Netherlands.

It encompasses the southern 40% of the divided island of Saint Martin, while the northern 60% of the island constitutes the French overseas collectivity of Saint-Martin.

Situated in the South Atlantic, the Falkland Islands are a British overseas territory, home to around 3000 people. While you’d think that would render the islands a relatively unimportant player in global politics, they’re a continuing source of tension between Britain and Argentina, which also claims sovereignty over the Falklands.

Thanks to its generous tax policies and beautiful location, Monaco has long been a refuge for the world’s rich and famous.

With an area of just 2.02km squared, it is home to around 40 000 people and has the ninth highest per-capita GDP in the world.

Aside from its tax haven status, one reason Monaco’s population includes such a high proportion of immigrants is because of the reported difficulty in obtaining citizenship.

The Caribbean Netherlands are three tiny islands in the Caribbean Sea: Bonaire, Sint Eustatius, and Saba. Administered by the Netherlands, they are considered “special municipalities”.

Like the other Caribbean territories we’ve written about here, the Caribbean Netherlands’ high immigrant ratio is driven largely by growth in residents from the Netherlands as well as the US and Canada.

Backed by the sixth largest oil reserves in the world, Kuwait was one of the early rising stars of the Arabian Gulf.

But in order to leverage those reserves, the country had to bring in large numbers of immigrants. While it’s experienced the occasional rough period (most notably in the 1980s, during the Iran-Iraq War), it’s largely managed to maintain its oil riches, while also gradually diversifying.

The majority of Kuwait’s immigrant population are either Arab or Asian.

If you thought the US Virgin Islands’ relationship with the US was complicated, wait until you read what the situation is like with American Samoa. With a total population of around 54 000 people, 95% of whom live on the main island of Tutuila, American Samoa is highly dependent on Tuna for its economy.

Given that 91.6% of the population are native Samoans, it seems likely that the majority of immigrants in the country come from neighbouring Samoa (previously Western Samoa).

Located on the Arabian Peninsula and sharing a single land border with Saudi Arabia, Qatar is another country that benefited massively from the discovery of oil reserves. Today the country has one of the highest per-capita GDPs on the planet and an unemployment rate of less than one percent.

Among the countries on the Arabian Gulf, the UAE was probably the first to realise that the future lay outside oil. The diversification of the UAE economy has largely been driven by Dubai, which has the smallest oil reserves off the seven emirates.

That diversification has seen increasingly large numbers of corporations opening shop in the country. Along with large-scale construction projects, this drove an influx of immigrants into the country. Amongst the UAE’s immigrant community, South Asian (Bangladeshi, Pakistani, Sri Lankans and Indians) constituted the largest group, making up 58.4% of the total; other Asians (Filipinos, Iranians) made up 16.7% while Western expatriates were 8.4% of the total population.