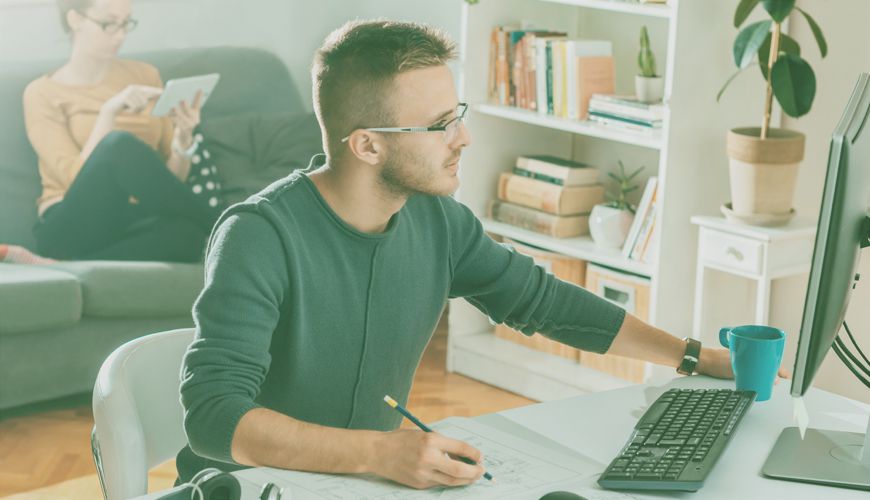 Throughout most of the history of the workplace, freelancing has been something a select few could do. Nowadays, it’s increasingly common, with the global freelance market seeing serious expansion in recent times. In fact, freelancers now make up 35% of the US job market. And in the EU, freelancers are now the fastest-growing group in that particular labour market.

That’s what’s happening now, but what does the future hold for freelancing?

More people will do it

The market growth we’ve described above is no accident. With economies still erratic, even the largest companies can’t afford to have staff sitting around idle. That’s especially true of companies in the service industry where margins are traditionally thin.

If they’re pursuing a new project, or a client needs extra work done, it makes much more sense for them to bring in a freelancer than to hire someone permanently. Even companies as big as Facebook now bring in freelancers (largely in a project management capacity).

Read more: 5 Technologies that will revolutionise the workplace

At the same time, people are increasingly interested in picking and choosing what work they want to go after. For younger people especially, the flexibility of the freelance lifestyle is appealing. Why, for instance, spend years working in an office saving up travel, when you can work while exploring the world?

More people will be able to do it too

Not too long ago, freelancing was limited to a select few careers. Sure you might’ve seen the odd high-powered freelance consultant, but for the most part freelancers were in fields like writing, photography and design.

Today, thanks to the affordability of digital technologies and increasing ease of connectivity, it’s possible for people in far wider variety of fields to freelance.

Just take a look at the most in-demand freelance jobs available at present. According to freelance job portal Upwork, everything from natural language processing, to Instagram marketing, and 3D rendering has seen serious growth in the past few months.

Sites like Upwork also play a role in making it easier to freelance. Whereas once you would have had to rely on your network for paid work, it’s now possible to just look on dedicated job sites and pitch for work.

Thriving will require a variety of skills

One consequence of more people freelancing, along with a more accessible freelance market, is that it’s much easier for companies to find people who have the skills they need. And so, the value of that skill starts to shrink.

Sure, some really skilled workers will still do well working in one-field, but most freelancers will need to have more than one string to their bow.

If, for instance, you can code, write well, and do basic photo-editing, you open yourself up to far more opportunities than someone who can only do one of those things.

The admin will be easier

One thing that still catches most people by surprise when they start freelancing is how much admin there is. Quite apart from extra tax considerations, there’s all the pain that comes with invoicing (and chasing up on those invoices).

Thankfully, technology is making all that a lot easier. When it comes to taxes, services like TaxTim can guide you through the process at a fraction of the cost of a dedicated tax consultant. And on the invoicing front, there are a slew of services (Freshbooks is one of the more popular ones) that make writing up and storing invoices a whole lot simpler.

In the future though, you might not even need these services as freelance platforms like NoSweat take care of both payments and taxes.

It won’t be evenly distributed

Of course, the future of freelancing won’t arrive all at once. Different technologies will impact different industries and parts of the world at different times.

One thing’s for sure though, the role of the freelancer is only going to get bigger.