When does employee monitoring cross the line from useful to creepy? 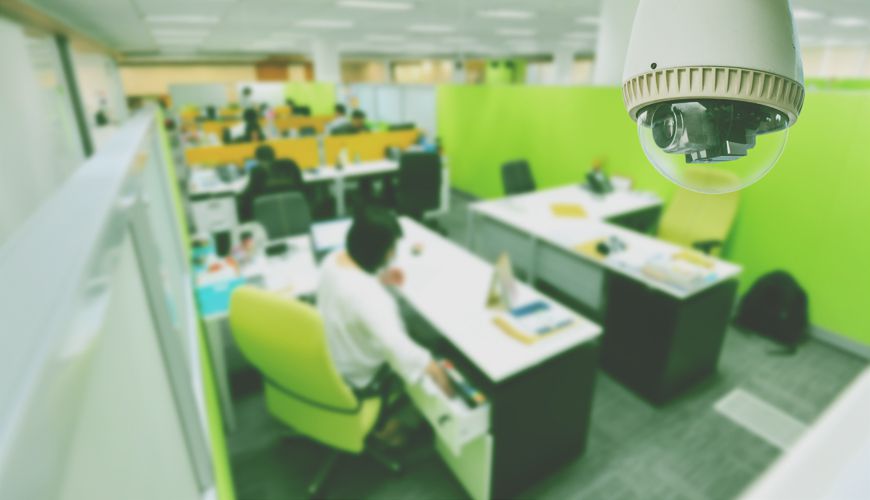 Companies monitor their employees for a variety of reasons, many of which have nothing to do with surveillance. A services-based company, for instance, might take screengrabs of an employee’s computer to save them the trouble of filling in time sheets. But when does employee monitoring cross the line?

When, in other words, does it become creepy?

It’s a difficult question to answer, but perhaps the answer has something to do with whether the monitoring technology is focused on the business as a whole, or individual employees.

In fact, some of the most beneficial forms of monitoring don’t have to differentiate between different employees at all.

An example of this is the technology created by European workplace specialist Giant Leap. It allows companies to monitor how much of their workplaces they actually use.

These sensors, it says, frequently show that businesses pay for real estate they don’t need.

Importantly though, these sensors aren’t designed to spy on anyone.

According to Giant Leap, they can’t even record sound, so are only useful for monitoring the use of office space.

In other words, it manages to strike the balance between being good for the business and not leaving employees feeling as though they’re constantly being watched.

Let’s say a company does monitor its employees as individuals though, when does that line get crossed?

Again, there may well be valid reasons for doing so. The company could host sensitive data that it needs to ensure never leaves the building. Or it could require employees to use access cards to enter and exit the building so that the company knows how many people are there in case of an emergency.

The problem comes when that kind of monitoring is used without context.

Take the story related at the top of this article from Alternet. It concerns a woman called Anna who was put on probation after her boss picked up a discrepancy between an email saying she was in the office and the time the company’s automated system showed her car arriving at the parking lot.

As it turned out, the email (delivered at 6AM), was sent by a colleague, trying to cover for her.
According to the story, Anna’s manager gloated that he had caught her out:

While Anna’s example might seem extreme, it’s all too easy for companies to use commonplace
technologies for surveillance.

When that happens, the very real danger is that they end up trusting the technology more than their employees. Moreover, as happened to Anna, they can fail to take an employee’s prior performance into consideration.

When that context goes missing, employee monitoring doesn’t cross the line, it leaps over it.

Another danger with using employee monitoring technology is that it makes it easy to forget that employees are human beings, rather than automatons.

As this blog from Activtrak points out, no employee can work at full capacity for eight hours straight. This is especially true in industries where creativity and critical thinking are required.

When you constantly track people’s activities in these industries (through the use of screen monitoring technology, for instance), you risk adding to their stress levels. Moreover, you’re undermining the processes that have brought them to the point they’re at in their career.

Think about the business

Remember, the goal of monitoring is to track productivity, not to make employees feel like they’re being spied on. If someone is a great worker who goes the extra mile, but happens to spend a little extra time on Facebook, who cares?

And if you do notice someone becoming disengaged over time, treat them with dignity and respect.

Get it right and you’ll be able to make critical interventions that serve the company. Get it wrong and you’ll end up creating an atmosphere of paranoia that’ll only do the company harm.