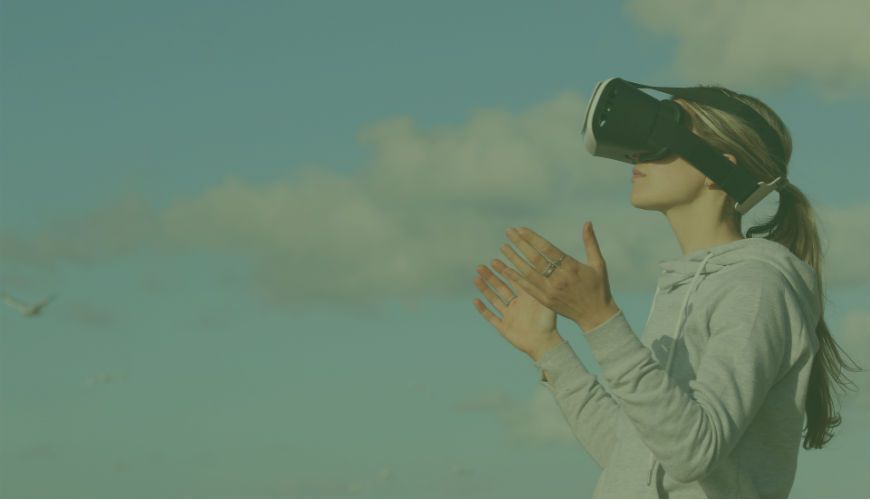 Technology cops a lot of flak for killing jobs, not all of it unwarranted. At the same time though, it’s created jobs that were unimaginable in the near past. Twenty years ago, there was no such thing as a social media manager, or app developers, or Instagram artists. The technologies required for those jobs simply didn’t exist.

With technology advancing faster than ever, it’s worth taking a moment to think about where we’re headed next.

With that in mind, here are some professions that are emerging thanks to recent technological developments.

As the world’s population continues to soar and cities take up land that was once used for farming, we’re going to have get seriously innovative when it comes to food production.

One way to do this is to bring food production into the city, growing crops in unutilised spaces. It’s something that people all around the world are exploring and they’re doing it in a variety of ways.

One of the most technologically exciting comes in the shape of indoor farms. Bringing together advancements in hydroponics, electricity production, LED lighting, and automated sensors, these farms can produce much larger yields than their traditional rivals.

The largest indoor farm in the world, created by Japanese company Mirai and located in an old Sony factory, produces around 10 000 head of fresh lettuce a day.

In the US meanwhile, Elon Musk’s younger brother Kimbal has launched an agricultural incubator that gives food-tech entrepreneurs space to develop their projects. One of the most exciting involves creating vertical farms in shipping containers, which can easily be transported to, and set up in, new locations.

While the kind of crops we’re able to grow in indoor farms is limited right now, expect to see rapid developments in this field in the near future.

For many years, virtual reality promised much, but delivered little. That all changed when Oculus came onto the scene in 2012.
Since then, it’s been acquired by Facebook and major tech players including Google, Samsung, and HTC have jumped aboard the VR bandwagon.

While many believe that VR is still missing a “killer app”, there’s no doubt that creatives have taken to it in a big way.

Gaming has been an early frontrunner. But so, unexpectedly, has film.

Old films have been recalibrated to be accessible in VR, giving viewers and immersive experience.

Other new films created specifically for VR take you into the heart of the action, completely redefining what it means to be a filmmaker.

With the Venice Film Festival already having launched a competitive section for VR works, it seems only a matter of time before a VR film wins an Oscar.

Airbnb has revolutionised travel, completely disrupting the traditional hotel industry. While some question its impact on the cities it operates in, there’s no getting around the fact that the service has also empowered people by giving them new income streams.

More recently, those opportunities have expanded beyond people with extra room to rent out. Airbnb Experiences allows people to provide travellers with an authentic experience of their city.

Whether you’re a chef, hiker, or just passionate about your area, you can host a single experience, or multiple experiences over the course of a few days.

While many Airbnb Experience hosts will do it on the side to make a little extra money, there are bound to be others who exploit a niche so well that they’re able to make more money than they did in their old jobs.

It’s only very recently however that it’s become a viable career path for more than a handful of people. Spurred by increasingly fast (and available) internet connections, affordable gaming systems, and mainstream exposure, eSports is big business.

The eSports industry is today worth nearly US$1-billion, with the biggest tournaments attracting enough spectators to fill up whole arenas.

Small wonder then that some estimates suggest there are more than 9000 professional players around the world.

Admittedly, their salaries aren’t always spectacular (the average player only earned around US$5000 in 2015), but if current growth trajectories continue, expect to see both the number of players and their earning potential explode.

What are some of the most exciting new career paths you’ve seen open up in the last few years? Let us know in the comments section below.