Craig Wing: why culture is crucial to strategy 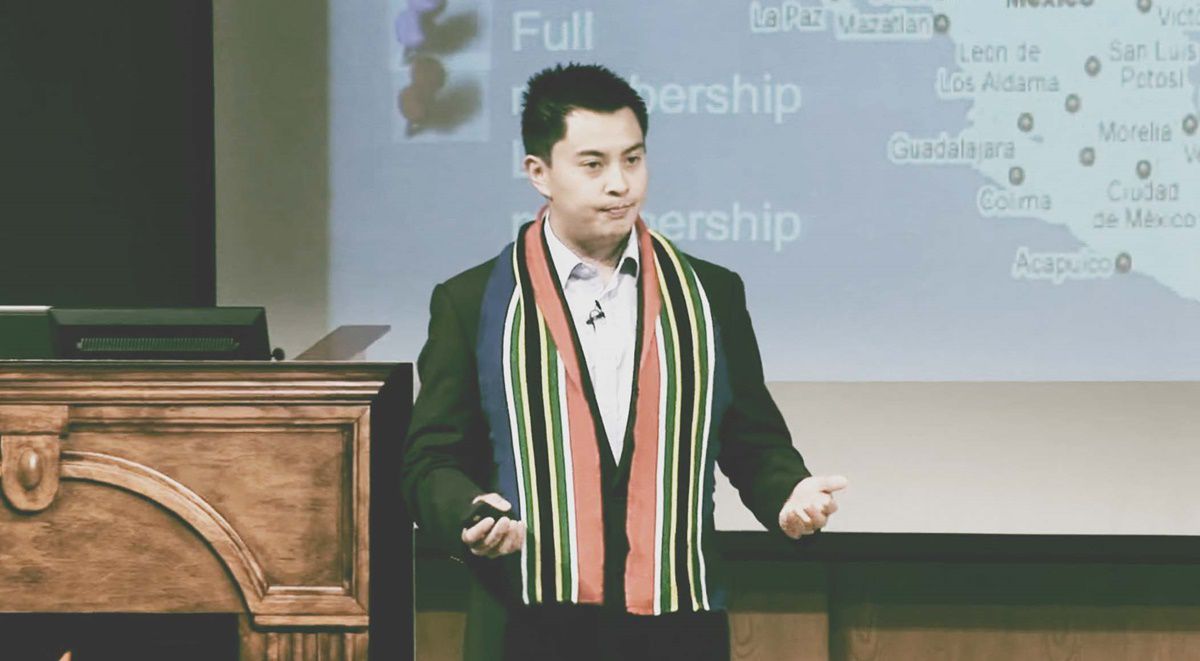 The world is changing at an exponentially fast rate, dragging the world of work along with it. But while most companies are readying themselves to make the technological and strategic changes necessary to survive in this environment, many are ignoring one critical factor: culture.

That’s where Craig Wing comes in. An entrepreneur at heart, Wing has started four companies, including a non-profit in Silicon Valley. He also worked at Google South Africa, where he headed South African Business Woza Online, the internet giant’s programme to provide free websites to more than 50 000 small businesses in its inaugural year (equivalent to a nes site every 10 minutes). Having enjoyed the culture at Google, but frustrated at being tied to the processes of a corporate, he went out on his own again.

This time, spurred by his experiences at Google and in Silicon Valley, he was determined to help companies understand why culture and strategy need to go hand in hand.

This work saw him cross paths with Anton Musgrave and Neil Jacobsohn, the guys in charge of FutureWorld. A 29-year-old business, FutureWorld labels itself as “a global network of business practitioners and futurists, with vast experience in running businesses, innovating, executing and answering the challenges our clients face every day”.

After a few joined projects, Wing and the FutureWorld team established that their goals and purpose were aligned, leading Wing to fold his IP into the consultancy and become a partner.

Engage Me recently got the chance to sit down with Wing and get his thoughts on building culture, how emerging technologies are changing the workplace, and how a bad acquisition can completely wreck everything that makes a business great.

Knowing who you are

In his approach to culture, Wing brings together two different models: Hofstede’s Onion and Simon Sinek’s “Why” centred model (which you may be familiar with from this TED talk).

Common to both is a sense that companies need to know what their actual values are, to always remember why the company was started in the first place.

As Wing points out, “these aren’t the values you put on the company prospectus, or in the shareholder briefing”. They go much deeper than that. They’re the driving force behind everything that a company does.

It’s one of the reasons, he says, you can’t imitate another company’s culture, no matter how much you might admire it.

There’s a notion that “there is a one size fits all culture,” Wing told us. “There isn’t.”

“If you’re a logistics company and you say you want to have a culture like Google, that’s not going to work,” he told us. “You’re trying to deliver goods as fast as possible, if you give everyone 20% time, you’re going to completely lose control of your company”.

Instead, Wing believes, “strategy and culture must align for maximum operations and efficiency”.

At the same time, says Wing, there has to be evidence of those values everywhere in the company.

“If you say you’ve got a customer-centric culture,” he asks, “where are the pictures of customers in your office?” (these are the symbols in Hofstede’s model).

It also means that everyone in the business has to embody that culture: “Say you’re the finance guy, and you overhear someone struggling with your product in the pub over the weekend. You have to be willing to sit down and help that person. That’s a customer-first culture.” (Hofstede’s heroes).

When it comes to embodying company culture, everything has to start from the top. In part that’s a matter of being pragmatic. As Wing notes, “You can’t say that you’re happy with everyone else working flexi-time, if you’re in the office at 6AM every morning and are the last to leave.”

The company might survive, sure, but if you think about the truly great companies — Apple, Google, Hewlett-Packard — all of them had leaders who lived and breathed the culture they instilled.

More than that, they saw themselves as guardians of that culture, getting rid of anyone who they perceived to be a danger to it.

Of course, it’s not always easy for companies to get rid of people who don’t match the kind of culture they’re trying to cultivate. In countries with highly-regulated labour laws (South Africa is one example), firing people can be an especially complicated affair.

While Wing acknowledges there is some validity to this concern, people who complain about it are “looking at the wrong side of the equation”.

In an ideal situation, he points out, companies should hire slow and fire fast. But just because you can’t do the latter, doesn’t mean you should ignore the former. Far from it.

“Too many companies hire for need,” Wing told us. So, for instance, a digital marketing agency needs a designer. They hire someone based on their qualifications, but don’t think deeply enough about whether they’re a good cultural fit. “Then a couple of years down the line, the person they’ve hired is still in the same position and hasn’t grown at all”.

While hiring for culture may be more expensive in the short term, it’s more likely to produce rewards in the long run.

And, according to Wing, the vast majority of companies are getting promotions and employee advancement badly wrong.

The trouble is, as a society we tend to over-value management, with many perceiving it as the only way to advance their careers.

“Let’s say I’m the best Ruby on Rails programmer in a company,” he said. “I’m doing great things, so the company asks me to help out another programmer and they do well. And then they ask me help out a second programmer […] pretty soon, I’ll be looking after a team and won’t have time to do any programming.”

According to Wing, this can be devastating for both the company and employee:

Suddenly I’m a manager but never had any experience in this. The company has lost my technical expertise, and my new team will start rumours on how my managerial incompetence must stem from some form of the “internal favouritism” while not realising I never wanted to be promoted to manager.

What companies should do, he believes, is foster a culture where people can be responsible for themselves, and people earn the best money for being the best at their jobs.

Preparing for the future

But as much as people should be rewarded for being good at their job, the onus is also on them to ensure that they meet the changing demands of that job. The trouble is, with technology advancing exponentially, it’s easy to get caught off-guard.

That fear of getting caught off-guard means that people and companies can approach technology with a sense of fear.

But while a major part of Wing’s job is to shake companies out of the lethargy, he also believes that the right culture means that technology doesn’t have to be detrimental.

“Invariably,” he told us, “technology is a tool; you can use it however you want. But the truly great – use tools to become artists”.

Companies which foster a culture of learning and self-improvement are therefore more likely to survive.

He also believes that companies which ride the tide of people looking for genuine, authentic interactions are much more likely to survive major shifts in technology.

The biggest shift happening right now, he says, will see Artificial Intelligence taking on white collar jobs. Examples of this include a robot that fights traffic fines and the strides IBM’s Watson has made in medical diagnosis.

“People understand robots taking over factory jobs,” Wing told Engage Me, “but AI taking over tasks from lawyers and doctors is still something we’re getting used to”.

It’s not all doom and gloom though.

“Jobs will be lost,” Wing told us, “but there are some things computers will never be able to do”.

These, he says, include tasks that require creativity, empathy and warmth.

“This isn’t a time to be fearful,” said Wing. “Rather, like the Chinese character for ‘Crisis‘ you can either see this new world as full of ‘threats’ or of ‘opportunities’: I choose the latter”.