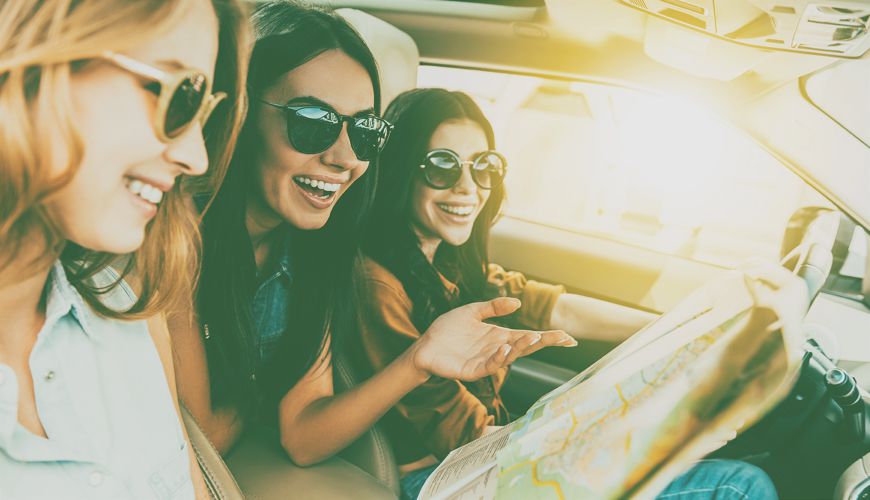 Anyone who’s moved countries for work knows all too well how heart-wrenching homesickness can be.

It can also be unpredictable, striking at any time. It might be a social media post, a text from someone back home, or a snippet of a song by one of your hometown artists. Whatever the trigger, it’ll be a harsh reminder that you’re far away from a place where things were, comparatively, easy and comfortable.

So how do you go about combatting it? To get an idea, Engage Me spoke to several people who’ve moved countries for work and got their tips for combatting the dreaded yearning for “home”.

Stock up on familiar foods

Almost everyone we spoke to for this article mentioned food as having a powerful relationship to homesickness. Some even mentioned craving foods that they wouldn’t usually eat at home, just because of the emotional relationship.

Getting your hands on those foods can therefore become imperative. In the past, that might have meant using a specialist importer. These days, however, there are specialist stores in most major cities with big expat populations. That said, you can probably expect to pay a fair bit more than you would back home.

With a little ingenuity, you can get around that. Many South Africans, for instance, have taken to making their own biltong (dried spiced meat) in their adopted countries.

But also try new ones

As tempting as it is to indulge in the familiar, gently assimilating the foods of your new city into your diet can actually help ease the effects of homesickness. Finding new comfort foods can be particularly important.

For one South African, currently living in Vietnam, it’s Pho noodles and tofu, while others who’d worked in Korea developed a serious taste for Kimchi.

Whatever you end up going for, sampling local dishes can help you feel like much less of an outsider.

When you move internationally for work, it can be all too easy to get caught up in the daily grind. Once that happens, you can find yourself forgetting that adventure may have played a large role in why you moved in the first place. That, in turn, will leave you with too much time to think about everything you miss about home.

It’s therefore imperative that you try extend the sense that you’re on an adventure for as long as possible.

One respondent we spoke to suggested, booking new experiences every three months. “That way you feel like you’re always on an adventure and you have something to look forward to,” she said.

That was echoed by another South African respondent, currently living in London. “Missing home is inevitable,” he told us, “but when exploring a new park, museum, or city […] you’ll find that you’ve got something worth appreciating right where you are”.

A number of our respondents also said that joining in activities was a major help in overcoming homesickness.
Joining a sports team, “even if it’s weird, or something new” was a common suggestion, while another respondent we spoke to takes French and Yoga lessons.

Aside from helping fill time, these activities can help you make you feel like less of an outsider.

It’s not just about joining in with formal activities either. Say yes to as many invitations as you can and make an effort to form new friendships.

“The most important thing that got me adjusted was making friends and making an effort to spend a lot of time with those friends to get to know them really well,” an American who spent some time in the UAE told us.

There’s really no excuse for not doing this these days. There are a plethora of new technologies available to help you keep in contact with the people you love around the globe.

That’s important, because it’s a reminder that those people haven’t disappeared. Also, the people you’re most likely to stay in contact with are also the ones most likely to encourage you to stick with your decision.

If you’re lucky, there might also be someone back home who can help you understand what you’re going through.

Our American respondent, for instance, has a sister in law who is a psychologist: “She was able to explain to us that what we were feeling was normal and it was going to take time to get past the homesickness and adjust to our new situation”.

Engage with the expat community (but not exclusively)

Our respondents were actually a little divided on this one. Expat communities, they said, can be incredibly helpful when you’re looking to find goodies from home, tips for settling in to a new place, or even just a familiar accent.

Many, however, cautioned against spending time with other expats. “I’ve tried to stay away from expat communities as people often talk about their lives back ‘home’,” a South African living in the UK told us.

Another South African, currently living in Australia, agrees. “If you hang out with expats/immigrants you will always be an outsider,” she said.

One of the most effective, but difficult, ways of combatting homesickness is to stop thinking about the country you came from as home.

“The best way to combat home sickness is to not call your home country ‘Home’,” our Australian resident said. “Call your new country Home”.

That was echoed by a South African who spent time in Canada. “Make a point of calling the place home and experiencing it not just as a tourist but as a resident local,” she said. “Not only does immersing yourself in the place give you a really thorough experience of the place, but it also makes you feel like you belong. And feeling like you don’t belong somewhere is a big part of homesickness in my experience”.

“For me it was more of a mindset,” our London respondent told us. “As harsh as it sounds, it’s best to focus on where you are rather than where you were.”

A couple of the people we spoke to felt that the best way to deal with homesickness is just to accept that it’ll happen and embrace it.

Here’s what one South African, now living in the US, had to say:

What I have learnt is to just embrace it. Let it overwhelm you, cry, think about how amazing South Africa is and then let go. When I push it back I just end up feeling awful for days, but when I have just taken an hour to myself, put on some South African music, and looked at photos of home (google maps and Facebook) I feel better right afterwards.

Have you moved countries for work? How did you combat homesickness? Let us know in the comments section below.