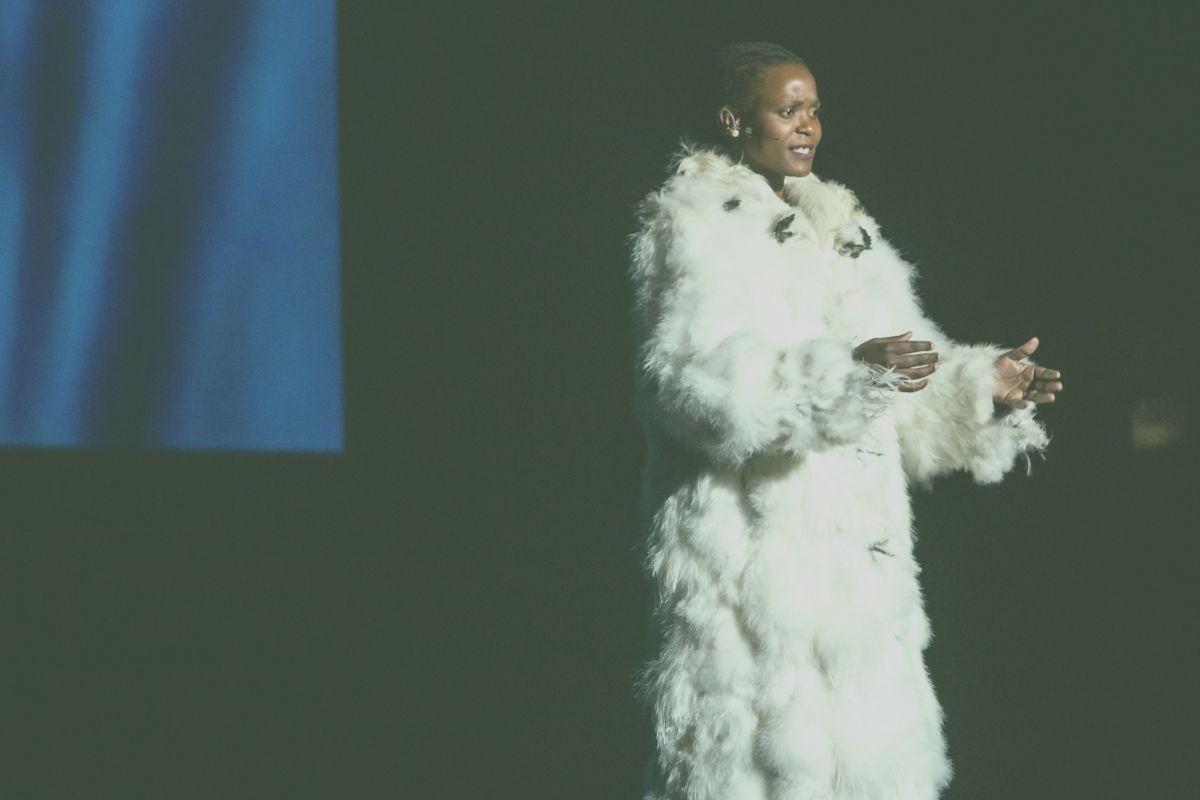 Imagine being orphaned at seven years old. That’s tough no matter where you are. Now imagine (if you can) that you live in a poor country where there is little in the way of social support and you have a brother and grandmother to look after. That was exactly the situation that Zimbabwean social entrepreneur Chido Govera found herself in.

It would be a death sentence for many. But Govera took on all the responsibilities she found herself saddled with. Again, that could have been where the story ended. But an interest in mushrooms turned into obsession that has seen her empower other orphans and the urban poor in Zimbabwe and around the globe.

Govera shared some of her journey and vision at Design Indaba, the renowned design and innovation conference, which took place in Cape Town last week.

Having taken on all the responsibilities of motherhood, it’s remarkable that Govera managed to stay at school for another two years. At age nine, however, it became too much and she was forced to abandon her education.

Throughout that time, she was determined to make sure that no one ever had to go through what she did.

“This hope, of helping, made me stronger,” she said. “It made me have something to look forward to every day even though if I had no idea how to achieve it.”

Things would get worse before they got better though. At age 10, Govera was to be married off to a man 30 years her senior. “It was my only way out of poverty,” she said.

Govera was unable to go through with the marriage. Fortunately, she was about to have a life-changing encounter.

At age 11, Govera had the opportunity to learn about food and mushrooms, something which allowed her to begin her climb out of poverty.

“When I learned to farm mushrooms, I was able to satisfy my own needs and the two people I was looking after,” she said.

But that wasn’t enough. Remember, Govera had made a promise to herself when she was eight, to ensure that other orphans didn’t have to go through the same things she had.

So she started sharing her knowledge with others in her wider community. From there, she realised that she could go beyond her original vision of helping orphans.

“I learned to use mushrooms as a way to empower communities,” she said.

One of the most inspiring examples of this empowerment involved teaching poor people in inner cities to grow mushrooms using coffee grounds that would otherwise have gone to waste.

“My work with mushrooms went from putting food on my own table to changing the world around me,” she said.

Since then, Govera’s work has had truly global impact. She reached out to more than 1000 women in communities in Zimbabwe, Congo, Ghana, Cameroon, Tanzania and South Africa. Her work has also reached schools and communities in India, aboriginals in Australia, and entrepreneurs in the US and around Europe.

She has also formed a collaboration with renowned Belgian artist Koen Vanmechelen that combines her work with mushrooms and his own pioneering work with chickens and camels to create a symbiotic and sustainable way for people to feed themselves.

While it was mushrooms that unlocked all of this for Govera, they were really just a tool. When it comes to empowering others to do the same, she says, making them feel like they can make the change to better their own situation is far more important.

“We are not victims. We are endowed with so much potential provided we learn the tools and are exposed to the best examples” she said.