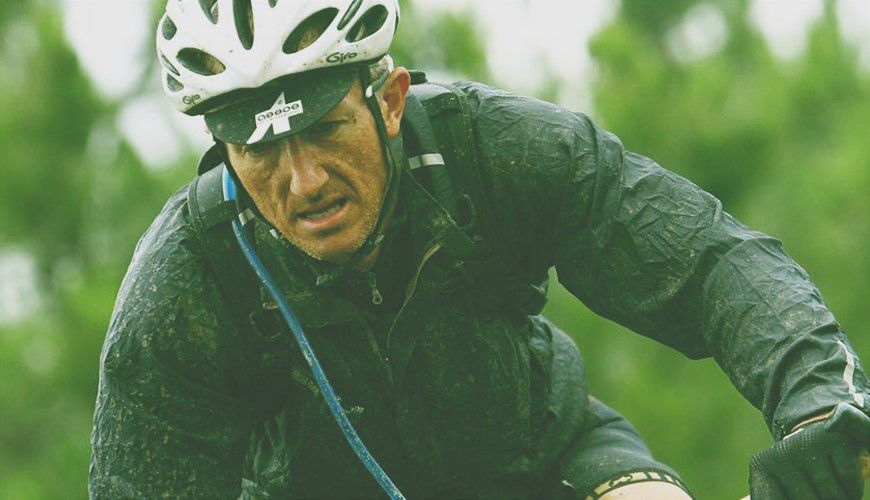 Over the past couple of years, Dimension Data for Qhubeka has set the world alight. Its riders have claimed major victories at tours around the world and were able to put legendary sprinter Mark Cavendish in the yellow jersey at the Tour de France for the first time in his career.

Blending youth and experience, the team serves a higher purpose – namely bringing bicycles (and with them, access to education) to underprivileged people across Africa. Not only does the pro team provide visibility for the charity, its riders are also ambassadors, spreading the Qhubeka message and participating in Qhubeka programmes.

Achieving all that is, of course, a lot easier with sponsors who back your vision. Since 2016, the Qhubeka team’s main sponsor has been Dimension Data, who took over from MTN.

We recently got the chance to talk to Scott Gibson – Group Executive of the IT giant’s Digital Practice, which oversees the group’s Sport Practice. The Sport Practice in turn looks after Dimension Data’s sponsorships, which also include its technology partnership with Tour de France owner A.S.O.

Engage Me: How did Dimension Data get involved with professional cycling?

Scott Gibson: Dimension Data officially stepped into the world of professional cycling in 2015 when we signed a five-year Official Technology Partner agreement with Amaury Sport Organisation (A.S.O.) which owns the Tour de France, as well as a number of other major sporting events around the world.

A.S.O. was looking for a partner to help it augment its existing technologies and provide a much richer viewing experience. Dimension Data’s role was to help A.S.O. accelerate its vision using its skills and technology to deliver concise, reliable real time race information to race broadcasters, commentators, and the general media.

In September 2015, when MTN’s sponsorship of MTN-Qhubeka cycling team expired, Dimension Data took up the opportunity and became the new title sponsor of Ryder Cycling, which owns and manages Team Dimension Data for Qhubeka.

EM: The overriding message around Team Dimension Data for Qhubeka is that all the remarkable firsts don’t matter as much as getting disadvantaged kids and adults on bikes. How does it maintain that?

SG: Every time that the team participates in a race, its goal is to achieve two things: First, to raise awareness of the charity and the amazing work that it’s doing to mobilise people throughout Africa by giving them bicycles; and second, to advance the sport of cycling on the African continent.

In addition, when a Team Dimension Data for Qhubeka rider crosses the finish line in a race, they raise their hand and give a five-finger-salute. And fans do the five-finger-salute when they see the team at races. It motivates the team to ride even harder, not only for fans, but for the people who are trying to earn a bicycle through Qhubeka.

EM: How important is it that the cyclists on the team are on board with what Qhubeka’s trying to achieve?

SG: In the pro cycling off season, Team Dimension Data holds its annual training camp in Cape Town. During this time, they join Qhubeka at a bicycle distribution ceremony at a school or community. At the distribution, the riders teach the children and adults how to ride bicycles – and for most people, this is the first time they’ve sat on a bike. The smiles on their faces when they first realise they can ride a bike is very powerful and emotional. Once you’ve experienced that, you don’t need much more motivation to ride for Team Dimension Data, and Qhubeka.

EM: Given the prominent role Dimension Data plays as a sponsor, how important was it that you also understood the Qhubeka mission?

SG: Understanding the Qhubeka mission is the driving force behind Dimension Data’s commitment to both Team Dimension Data and Qhubeka. We all work hard together to make a difference. Doug Ryder, the team principal has in the past stated:

“Our team isn’t only about winning races, it has another dimension which is just as important – maybe even more important. Our ambition is to put more and more people on bikes in Africa.”

We’re very proud and committed to supporting Doug and his team to continue to develop African cycling and put more young children and adults in Africa on bikes through the #bicycleschangelives campaign.

EM: The association between a pro cycling team and getting kids and adults onto bikes is a fairly easy one for most people to grasp. Do you think that’s played a role in Qhubeka’s success?

Qhubeka’s goal is to advance education, health and economic opportunities by providing simple, sustainable transportation with bicycles. But it’s important to remember that the bicycles are not simply handed to people: Qhubeka provides bicycles to people in return for work done to improve communities, the environment, or academic results. Qhubeka has an amazing team who are dedicated to changing lives. Over 73 247 bicycles have been distributed since Qhubeka’s inception in 2005.

Doug Ryder believes Qhubeka is incredibly important to the riders and staff on the team, and is one of the major reasons why they’ve have attracted such fantastic talent to the team. He says, “Qhubeka isn’t an afterthought, it is the reason we clip in and ride, the incentive to go out and train, and our motivation to win races.”

This year, Team Dimension Data has committed to raising 5 000 bicycles during the 2017 season. The team’s various partners also contribute to Qhubeka in various ways through staff activation campaigns. The reasons to put people on bicycles are compelling.

EM: What are some of the things the team does in terms of getting riders, corporate sponsors, and members of the public to engage more closely with its work?

SG: The team is very proactive on social media. The riders have hundreds of thousands of followers and supporters across the world, and promote the charity on their own platforms.

Dimension Data has also worked with Team Dimension Data for Qhubeka to host ‘coffee rides’ where its clients, and members of the public, buy a coffee and then ride with members of the team. Funds raised from the coffee sales, as well as other donations received on the day, go directly to Qhubeka.

The team’s flagship #BicyclesChangeLives campaign also creates a one-stop portal for the public to find out more about the relationship between the team and Qhubeka, and contribute towards Team Dimension Data’s 5000 bicycle goal. The 5-finger-salute used by team members on the podium, or crossing the finish line, also gives journalists and commentators an opportunity to speak about the campaign, and point people to the website, bicycleschangelives.org

EM: Does Dimension Data encourage its employees to get involved with Qhubeka? In addition to the obvious fundraising, has the association with cycling seen an uptake in cycling / healthy lifestyles amongst the Dimension Data employees?

SG: Definitely. Dimension Data has always had a culture of healthy living which encompasses a strong focus on sport. In recent years, particularly after the 2015 Tour de France, we saw more employees take up cycling.

Looking at our other operations across the globe, our employees are involved in a number of cycling initiatives. For example in the US, a team of our employees participate in the Bike MS: City to Shore Ride to raise funds for the National Multiple Sclerosis (MS) Society.

In South Africa, the company has been a long standing partner of the legendary Absa Cape Epic mountain bike race, which takes place along some of the toughest and most gruelling terrain in the world. Other cycling initiatives are arranged during the year by our South African employees.

EM: On a personal note, what do you love most about your job?
SG: As CEO of the Group’s Digital Practice, I find the new digital world is such an exciting environment, and I love following the trends and innovations, and assisting our clients around the world to transform their businesses in this new, fast-paced digital era.

Having the sports practice sit within the digital practice means we highlight our digital and technology skills at the Tour de France, and get to work closely with Team Dimension Data for Qhubeka. It’s a dream job.

I’ve been a passionate cyclist for many years, but on the rare occasion when I’m privileged to cycle with some of the Team Dimension Data for Qhubeka riders, I realise that I am a complete amateur.