Diaries of a Barefoot Businessman Chapter 40: When In Doubt 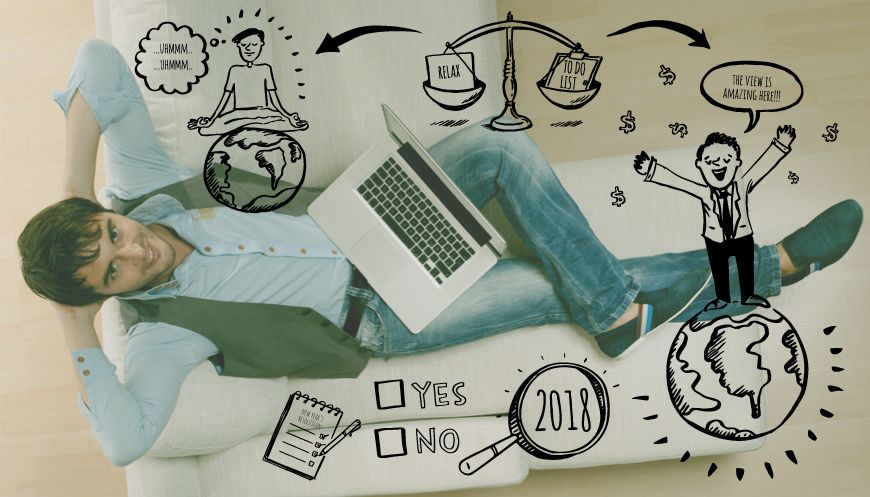 It was just another Wednesday, or at least it seemed like it at the time. But at some point during an otherwise innocuous morning, as my unread email tally slipped into triple digits for the first time, I felt the first nagging pangs of doubt.

Now doubt is something I am no stranger to, particularly when it comes to anything sports related (the less said about a near decapitation at my own hands with a javelin the better). Yet I’d never before suffered from any type of performance anxiety in the entrepreneurial arena. Not due to obnoxious levels of self confidence mind you, but rather simply thanks to a lack of time – when you’re riding a wave of deadlines and pitches and general chaos, it’s pretty hard to think about anything other than when you might next sleep (the answer is never).

Yet in the doldrums of January, as the world gradually began to awaken from its holiday hangover and time began to slow ever so slightly, a brief window emerged allowing for a minor bout of self contemplation. But rather than evoke a sense of zen, this moment of entrepreneurial introspection instead left me realising that as a business owner, I actually have far fewer answers than I once imagined.

You see, I went into 2017 with an all-conquering attitude and a willingness to say yes to just about anything. Fake it till you make it was my mantra – sign on the dotted line first, figure things out later. And it worked really well. Opportunities emerged left and right, new business practically bashing down the door – turns out people REALLY like it when you tell them you can solve all their problems under one roof.

But now the time has come to pay up and make good on all those many promises. And turns out I’m short about three people, five pretty important skill-sets and about 12 hours a day. What was once next year’s problem is now today’s, and I’m in no way ready to solve it.

So now I find myself at an all-important crossroads: do I toss it all in and relocate to Sri Lanka to farm tea, or do I put on my big boy pants and make a plan? The former option is pretty tempting to be fair – a life minus crushing stress seems pretty appealing from where I stand right now. But where’s the fun in a world without a few dragons to slay?

So as I enter 2018, resolute for the time being in my commitment to see where this ever-exhilarating journey takes me, I have a few recommended new year’s resolutions for anyone setting out to grow their business over the coming 12 months:

Real, sustainable growth takes time. So while you might feel like you need to emulate the Richard Bransons of the world and carve out an empire overnight, it’s important to try to retain a more moderate growth curve, allowing your business to expand gradually to accommodate its needs. Sure, you can’t turn down those big opportunities on account of them not fitting in with your carefully constructed five-year plan, but it’s also not wise to go out hunting for treasure when you simply don’t have the space to accommodate it.

Many might argue with this one – after all, it goes against every basic tenet of growing an enterprise. But let me assure you, some business is more trouble than it’s worth. The bottom line is that it’s better to turn away a client (did you really want to market baby food in the first place?) than to fail to deliver on their expectations.

Lording over your own corporate empire might seem appealing, but there’s a lot to love about being a small business. You’re more agile, more fresh and more resourceful than your counterparts with traffic and HR departments, and that in itself gives you a distinct advantage over your competition. Become too big too fast, and you lose that inherent charm that draws in business in the first place. So think carefully about what you want before you try to take over the world – sometimes it’s best to stop and savour the view from where you are.