Ayse Birsel: You can design the life you love and live it [Design Indaba] 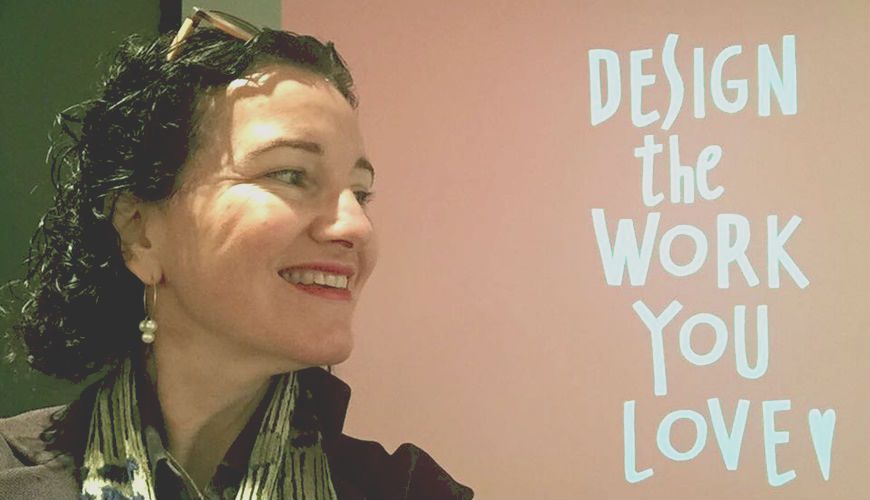 Your biggest design project is, in fact, your life. That was the message from Ayse Birsel, co-founder and creative director of the award-winning design studio Birsel + Seck, as she addressed the audience at Design Indaba, currently underway in Cape Town.

Alongside her studio work, Birsel is the author of Design the Life You Love, a book which shows you how to apply design thinking to the way you live your own life.

The central thesis of both her talk and the book is that, in doing so, you can break away from situations where what you want and what you need are in opposition.

This isn’t just abstract thinking by Birsel either. After a log run of career highs, she experienced a serious slump. That she was able to dig herself out of that is something she credits to thinking like a designer.

Born in Turkey to a family of lawyers, Birsel thought she would follow in their footsteps. That all changed when she realised she was in love with drawing. Initially, she thought that might mean going into architecture. But then a family friend started talking to her about industrial design.

He explained that it influences nearly every man-made object we encounter on a daily basis. Even something as simple as a tea cup has had a lot of thought put into it. The curved rim ensures that it fits our lips better and the handle ensures that it can be thin without us burning our fingers.

After studying at the Pratt Institute in Brooklyn, New York, she rapidly built a profile for herself as a young designer.

The recipient of numerous awards including the 2001 Young Designers Award from the Brooklyn Museum of Art, she did commissions across a broad range of products; from furniture pieces for Herman Miller to toilet seats (something which saw her crowned “Queen of the Toilets”).

Her most life-changing commission, however, came when French car manufacturer Renault asked her to design a car interior concept.

In order to ensure that Renault got full value out of the concept, she asked the company to send someone who knew the brand inside out. Renault agreed. “You’ll love him,” they told her.

They were right, but in a way they could probably never have imagined. The man they sent was Bibi Seck, who Birsel fell in love with and married not long after.

Soon after, they had their own children and created their own studio.

Rising from the ashes

Then disaster struck. The great stock market crash of 2008, and the recession it created, saw many clients take their design work in-house.

As a result, Birsel was battling to get work. She felt guilty about having convinced Seck to move to New York with her and wondered how they were going to ensure their three children had the future they wanted for them.

“For the first time in my life,” she said, “I thought, I should’ve been a lawyer”.

That all started to turn around when a friend reminded her that she thinks like a designer. Designers, Birsel believes, are inherently optimistic and able to draw on inspiration from the world around them.

The hero inside yourself

According to Birsel, a major factor in her turning her life around was to take a look at herself and then think about her heroes. More specifically, she thought about the things she admired most about them.

In Birsel’s case, it was her former teacher Rowena Reed Kostellow. But as she pointed out, it isn’t so much the person that matters as what we perceive them to stand for.

“What we see in our heroes are our own values,” she explained.

And, Birsel pointed out, “in design, if you can visualize something, you can make it happen”. The same, she said, is true of life.

As proof of how effective designing your life can be, Birsel pointed to her own presence on the stage at Design Indaba.

The conference, she said, “is the Madison Square Garden of design. This is my Katy Perry moment”.