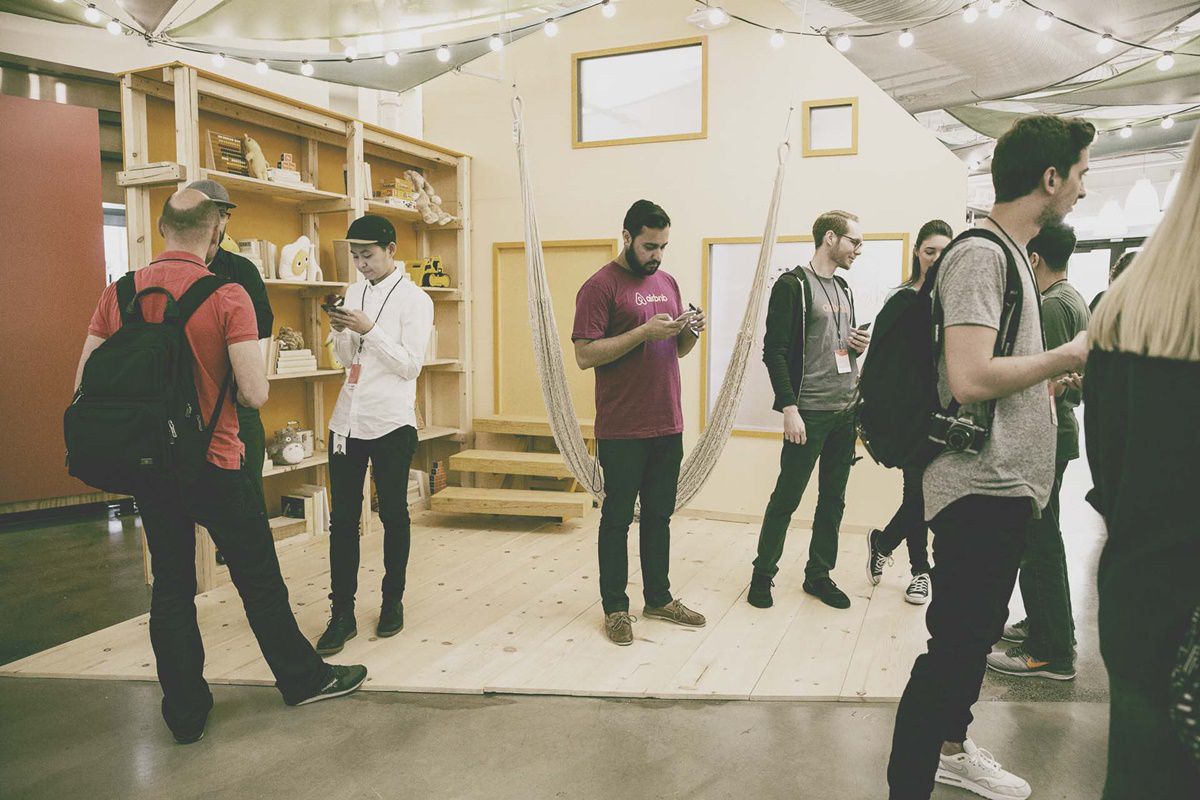 Airbnb is frequently listed as one of those game-changing companies disrupting long-established industries. Using the combined power of technology and the sharing economy, it has allowed ordinary people to earn money from unused rooms in their houses and travellers to save money at the same time.

But as much as Airbnb’s model allows it to operate on a much leaner model than traditional players in the accommodation space, it still requires staff. And they can’t just be any staff either. If anything, its model requires that it find highly skilled staff capable of working with a global team.

Airbnb is doing particularly well on this front, with 90% of employees rating it as a “great place to work”.

Here’s how it attracts, retains and rewards its staff.

Airbnb’s status as an innovative tech company means that it has no trouble attracting applicants. According to CultureAmp, Airbnb received more than 18 000 CVs for just 900 positions. But, as we’ve already noted, it can’t just take for-granted that this means it’s getting the best possible applicants.

It’s therefore thought very carefully about its recruiting process, taking a slightly left-of-centre approach. This approach is especially clear in the interview process.

Alongside the usual role-related interviews, each candidate is subjected to another set of interviews. According to CultureAmp, these interviews are “conducted by people selected by the founders, who are outside of the function for which they are interviewing, who talk with the candidates about their experience, understanding and mindset related to Airbnb”.

The idea is to find people who live the company’s values and are more interested in advancing them than getting a shiny new title.

Once employees are hired they, and other recent employees, go through a week long check-in process explaining the ways and whys of how Airbnb does business. The idea is this group will bond and support each other as they progress through their career at the company.

The result? Airbnb’s job-offer acceptance rate has climbed to around 80% for engineers, and more than 90% for all other departments.

As is the case with most Silicon Valley-style tech companies, Airbnb employees enjoy a plethora of perks ranging from insurance to health and retirement benefits. Unlike many of those companies however, many of Airbnb’s perks reflect what it does as a company. So, where some companies provide free meals,

Airbnb rotates its meals to reflect the 191 countries it operates in.

Its office spaces meanwhile are designed to feel as much like home as possible and include meditation and yoga rooms.
Given the industry Airbnb plays in, it probably shouldn’t be all that surprising that the perks enjoyed by its employees include travel. Each employee gets a US$2000 travel stipend to spend anywhere in the world.

Far more important than these tangible perks though, is culture. All the bonuses, vacation allowances, and lifestyle freebies mean nothing if the culture isn’t right.

It’s something that Airbnb co-founder and CEO Brian Chesky is profoundly aware of too. In 2012, he asked investor Peter Thiel for his “single most important piece of advice”. Thiel’s answer: “Don’t [F-word] up the culture.”

In a company-wide letter sent out in 2013, Chesky outlined how Airbnb planned to heed this advice.

“Culture,” he writes in the letter, “is simply a shared way of doing something with passion”.

The way to build this kind of culture, he argues, is upholding the company’s core values in everything its employees do:

Living that culture means fewer corporate processes and allows staff to operate more autonomously and to be more entrepreneurial.

“And if we have a company that is entrepreneurial in spirit,” Chesky writes, “we will be able to take our next ‘(wo)man on the moon’ leap”.

Of course, that doesn’t mean there are no formal structures in place, just that those that do exist, do so within the context of Airbnb’s culture.

That’s especially true of the way it treats its employees.

Where most companies have an HR head, Airbnb has a Chief Employee Experience Officer in the shape of Mark Levy.

Speaking to Forbes, Levy explains that Airbnb is trying to build the “workplace as an experience.”

Examples of this range from meeting rooms inspired by Airbnb listings from around the world and working areas modelled on kitchen counters, dining room tables, and living rooms to bringing the catering service in-house so that they feel like part of the Airbnb family.

Airbnb also feels that it’s incredibly important that employees feel like they’re global citizens, giving them four hours a month to volunteer, especially in the communities the service operates in.

However, according to Levy, the company’s biggest weapon when it comes to creating great employee experiences is the group of “ground control” employees it has in each office.

The core of the team is a 10-strong group in the company’s San Francisco office, who are in charge of things such as looking after the workplace environment, internal communications, employee recognition, celebrations and events.

“It’s one of those things in that they are not ‘forcing fun’, they are reinforcing and supporting how we bring the culture alive,” Levy told CultureAmp.

The team does things like set up pop-up birthday parties, baby showers, and creative-themed events based on holidays or significant milestones in the company’s history.

“It’s simply thoughtful and caring people paying attention to it in a way that’s culturally relevant – bringing our global travel mindset and mission to life” Levy says. “We remember that we need to have a full life and we integrate work with what’s going on in the world.”