Advertising’s best people are working themselves to death: that has to change 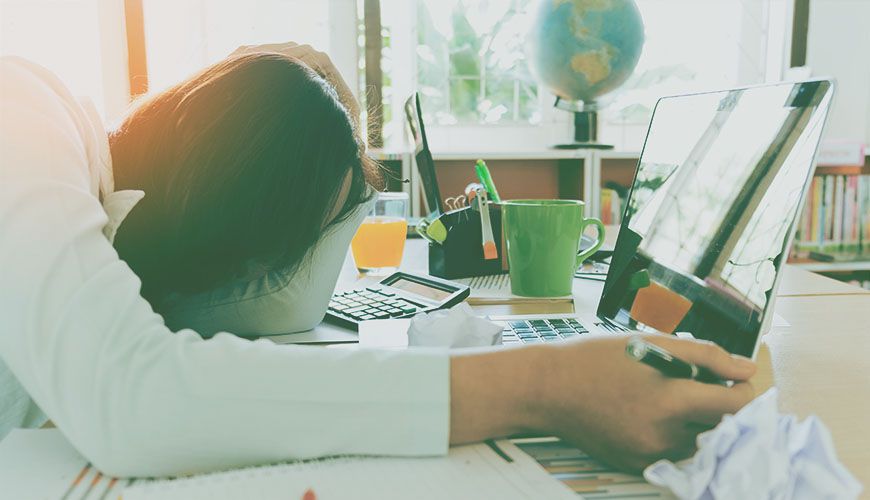 News recently emerged that a young brand strategist at advertising giant Ogilvy & Mather’s Philippines office died after working overtime while suffering from pneumonia. It is just the latest in a series of deaths to plague the industry and raises questions about the way it treats its employees.

But while incidents like this remind the industry that it has a problem, they’re unlikely to stop until advertising fixes its business model.

According to Adweek, Mark David Dehesa had been in Ogilvy’s PR division for less than a year, having previously worked in accounts with Publicis, JWT and BBDO.

He had, apparently, worked through the early hours of a Friday morning to prepare for a meeting, before staying in the office until late that evening. He then asked to be taken to the hospital, where he later died.

“Clients always ask for something good,” Ogilvy copywriter Jeff Stelton wrote in a Facebook post after learning of the employee’s death. “We do it almost to the point of martyrdom; sacrificing our time with our families, dates with our loved ones, but most importantly, our health.”

Dehesa’s death echoes that of a 24-year-old copywriter at Y&R Indonesia, who in 2013, collapsed, fell into a coma and later died after tweeting, “30 hours of working and still going strooong.”

It’s not always just physical health either. In 2015, an account manager with Japanese mega-agency Dentsu committed suicide after writing social media posts complaining about abusive bosses and having to work hundreds of hours of overtime. The resulting scandal, in part, lead to the resignation of Dentsu CEO Tadashi Ishii.

The scary thing is that those are just the deaths that make headlines. There are, surely, others that go unreported.

These kinds of headlines also don’t tell us about the near misses or the long term psychological impact working in a stressful agency environment can have on some people.

As Thomas Kolster writes in The Drum:

We’ve all had dear friends who’ve been hospitalised, disabled, retired or even died prematurely because of this rat race we are all so passionate about: advertising. That’s not even mentioning the other consequences such as divorce rates, alcohol and drug abuse, missing out on your children growing up etc.

Forget, for a moment, all the arguments about why such a stressful environment is bad for creativity (the very thing advertising sells itself on) or business. That kind of human cost is simply unacceptable. And for what? A piece of copy that’ll be posted once and then forgotten about until the next awards show rolls around?

So how do you go about fixing such a large-scale problem? Well, a part of it’s down to culture. And by that we don’t mean ensuring there are drinks and snacks for everyone at the end of the week. That’s just window dressing.

Agency leaders need to fundamentally rethink the way they operate. Rather than valuing late working “high fliers” who “don’t care about 9-5”, they should value quality work. Moreover, they should lead by example when it comes to not sending emails at unreasonable hours and ensuring that everyone has enough rest.

Clients have a role to play too. They need to remember that the agencies they use are staffed by people and that those people also have lives. Calling an account manager at midnight to make changes to a website just isn’t normal (something that’s actually happened to this author’s wife).

Change doesn’t have to come at the cost of productivity either. As Kolster points out Danish agency IIH Nordic, introduced a four day working week in 2016. It saw productivity increase and a massive influx of applications from people interested in producing great work without sacrificing free time.

The thing is, many of these issues are brought about by the model that so many agencies still rely on.

As Vann Graves points out in AdAge, many agencies are still structured to produce a TV spot with some print and digital work to back it up.

The days when that was enough are, however, long gone.

“Brands are now expected to produce thousands of pieces of content in an endless cycle, on a fraction of the budget they might have had for a campaign 20 years ago,” Graves writes. “This is a state of affairs that most agencies completely understand, but are not set up to accomplish in the most effective, efficient way”.

Graves, who is president and chief creative officer of creative agency Fancy Rhino, advocates a model which slightly tweaks the core competencies of the agency and brings more resources in-house, but is that enough?

Surely there needs to be an understanding between client and agency that, in a world full of noise, standing out matters more than sending out a tweet tied to whatever’s trending in the news right now?

Get those shifts in culture and business model right and it suddenly becomes easier for everyone in an agency to feel a sense of purpose.

Creatives no longer feel like hamsters running on a perpetual wheel, the client service team is no longer the desperate mediator caught between demanding clients and fraying creatives, and management no longer seems like the big, bad ogre shouting at everyone to “just get it done”.

Anyone who genuinely cares about advertising, should care about the people doing it. The work they do should be fulfilling and worthwhile.

Making these changes won’t always be easy, but there’s no doubt that they’re necessary. Think about it: how many Mark David Dehesa’s can one industry really afford?