7 Incredible places to consider for your workation 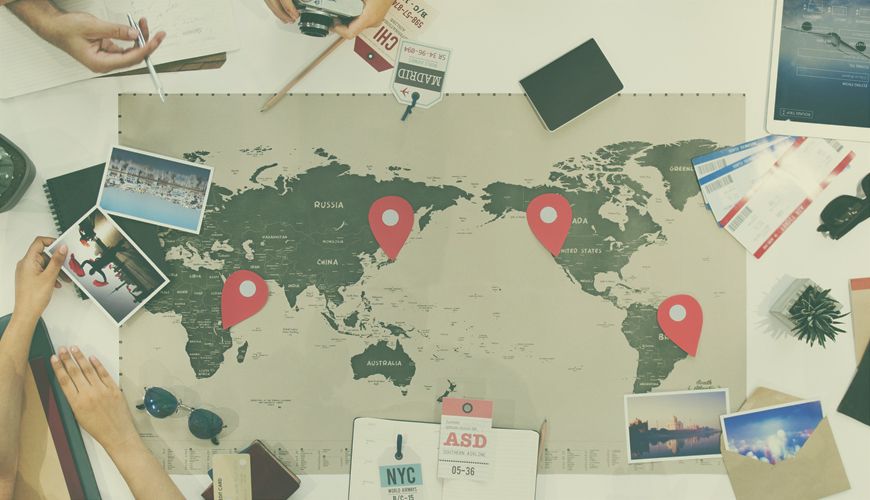 Is your office starting to feel a little boring? Are you starting to slowly feel your creativity flowing away as the days blend into one another? Maybe some travel would do you good. But what if you don’t have enough vacation days to travel to the all the places you want to go?

Enter the workation. While some have criticised the concept as being forced to work while you’re on vacation, it’s actually more about working remotely in an inspiring location where you can be exposed to new ideas (and also get to see some sights in your downtime).

But where should you go on your workation? Well, that’s largely up to you, but we have a few suggestions that combine travel desirability with great workspaces.

Once the preserve of backpackers on their gap years, Thailand now caters to a much broader class of traveller, including working nomads.

We mention Koh Phangan & Koh Lanta specifically, because they’re home to what may be two of the most idyllic coworking spaces on the planet in the shape of BeacHub and KoHub.

BeacHub in particular seems like the kind of office we’d all like to have, what with its hammocks, air-conditioned Skype huts, and the ability to step out onto a beautiful white sand beach at the end of the day (or whenever you feel like really).

Bali tends to operate at a much more relaxed pace than Thailand, although that doesn’t mean it hasn’t woken up to the potential of catering to workationers.

There are also regular talks and networking sessions where people from around the world share their wisdom.

Berlin is often described as the startup capital of Europe, with companies including Rocket Internet, Soundcloud, and Dubsmash all getting their start in the German city.

That vibrancy makes it an ideal place to soak up some incredible business ideas for your company. There’s also plenty of inspiration to be found in its ultra-hip night life and art scene.

Oh, and if history’s more your vibe, there’s plenty of that too.

No Paris isn’t just good for a Romantic getaway. The French capital is also building a name for itself as a great place to do business and build successful companies. In fact, this year it became home to Station F, the world’s largest startup incubator.

Also home to the French operations of companies including Facebook and Microsoft, and a massive co-working space, it’s set to be a must-do experience for anyone taking a workation.

And in your downtime, what could beat taking a stroll down the Seine, experiencing the Eiffel Tower, or breathing in the majesty of Versaille?

We don’t tend to think of it in that way, but Sweden has some serious business savvy. Stockholm, for instance, is home to more billion-dollar companies per capita than any other city in the world.

If that doesn’t sound like somewhere that could positively rub off on you, we don’t know what does.

It is worth pointing out, however, that while Stockholm may be beautiful, it’s one of the cheapest cities on the planet. Not by a long way.

The city is also home to several incredible co-working spaces (a couple of which have some amazing views of their own), a number of regular networking events, and startups looking to solve real problems.

Who knows, talk to the right people and you may just be able to convince your company you need a Cape Town office, run by you.

If you’re looking to spend your workation in a city that exudes culture and creativity, it’s hard to beat Barcelona.

With its architecture, artists, museums, and creative classes, the city is bound to leave you inspired.

And when it comes to ensuring that your working needs are taken care of, you can turn to a company like SurfOffice.

Have you taken a workation? Where did you take it? Let us know in the comments section below.