7 Coworking spaces everyone in Dubai should know about 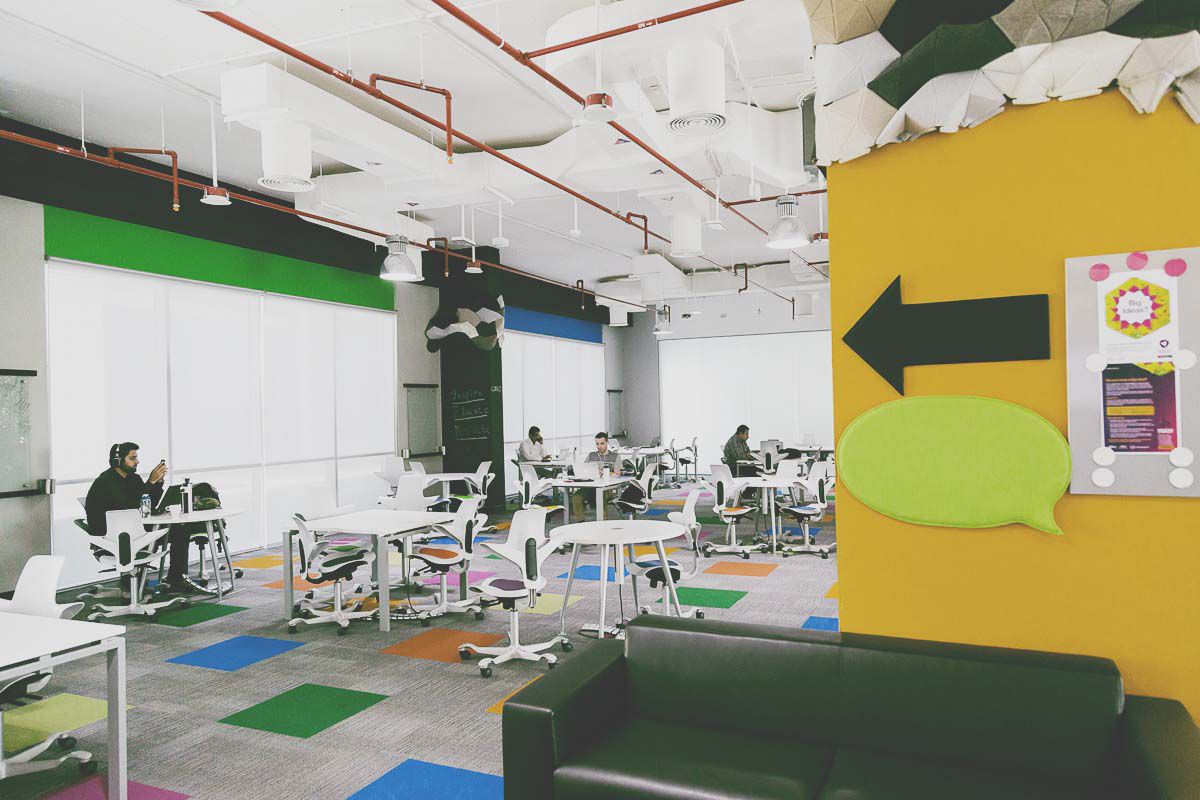 As cities around the world try to position themselves as entrepreneurial hubs, so co-working spaces have cropped up at an unprecedented rate. Initially these spaces were designed just to provide cheap office space to startups, but over the years they’ve evolved to become centres of collaboration for startups, freelancers, and even salaried workers looking for something a little different from what they’re used to in the office.

Small wonder then that, according to Forbes, there are now some 7 000 different players in the global co-working arena.

While it’s not typically listed among the world’s startup capitals, Dubai certainly isn’t immune to this trend.

In fact, the emirate is home to some really interesting coworking spaces that cater to a variety of needs. We’ve compiled some of our favourites, along with explanations of why you should give them a visit.

The Impact Hub bills itself as “one of Dubai’s largest [communities] of entrepreneurs, creatives and techies”.

Located in the Downtown district, it’s more than just cool space with a bunch of desks and a WiFi connection (although you can totally use it that way).

Instead, it aims to “connect social entrepreneurs, investors and supporters” in impactful ways.

As well as the coworking space, the hub offers individual offices, meeting rooms, and event spaces.

The space is also home to a number of entrepreneurial programmes, ranging from two-day bootcamps to 90-day accelerators.

Where it is: Downtown
What it costs: Anywhere from AED99 (for a day pass) to AED1 999 a month (for full accelerator membership).

At the time of writing, The Shelter’s website had yet to go live but that doesn’t mean it isn’t worth checking out. Backed by mobile operator Du, the co-working space has an abundance of concrete floors, recycled wood, and quirky design features. It is, in short, exactly what you’d expect from a coworking space.

Of course, the space probably wouldn’t survive too long if it didn’t offer stuff besides the free working area. There’s also a café, paid-for courses on a variety of topics, and panel discussions, workshops and lectures.

Where it is: Al Quoz
What it costs: Nothing. It’s absolutely free

The Cribb is probably the most colourful of Dubai’s various co-working spaces. Featuring a a blend of free and paid-for spaces, it also plays host to a number of events and has facilities for corporates looking to conduct off-site meeting sessions.

Where it is: Al Quoz
What it costs: Free for basic access, AED1 399 p/m for a dedicated desk and extra benefits

If you’re looking for something a little more upmarket, then you might want to take a look at the hot-desking offering in the Marina Plaza Business Centre.

Far from the sparse, shared desks that characterise most coworking spaces, this hot-desking zone features polished wooden floors, curved dark wood cubicle areas, ergonomic chairs, and solidly constructed lockers. There are also meeting rooms that can be booked for workshops, seminars, and events.

Where it is: The Marina, Bay Square and Boulevard Plaza
What it costs: +/- AED100 p/d

Set up by the Dubai Silicon Oasis Authority (DSOA), DTEC’s office spaces are more likely to appeal to serious entrepreneurs looking to get off the ground than salaried employees looking for somewhere different to work for the day.

One of the biggest benefits of the space is that members enjoy subsidised techpreneur business licenses.

Aside from that, there’s the usual blend of chill-out, networking, café and games areas.

There are also plenty of eventing spaces if you’ve got a big function planned.

Where it is: Silicon Oasis
What it costs: AED7 500 p/a upward (depending on which package you go for)

There’s no getting around the fact that the Coworking Café is exceptionally cool. Situated in Downtown, there’s plenty of exposed concrete, graffiti, and raw wood.

The space offers a blend of desks (with ample power points) and relaxed lounges. You can also watch the café chefs preparing healthy food, or even just relax at the bar.

Where it is: Downtown

Owned by the same team as The Co-Working Café, The Bureau is a little more formal, but still has the informal, relaxed look that attracts people to coworking spaces. There are funky workstations covered in faux-grass, more private offices, and eventing rooms.

All in all, you could do a lot worse.

Where it is: Downtown