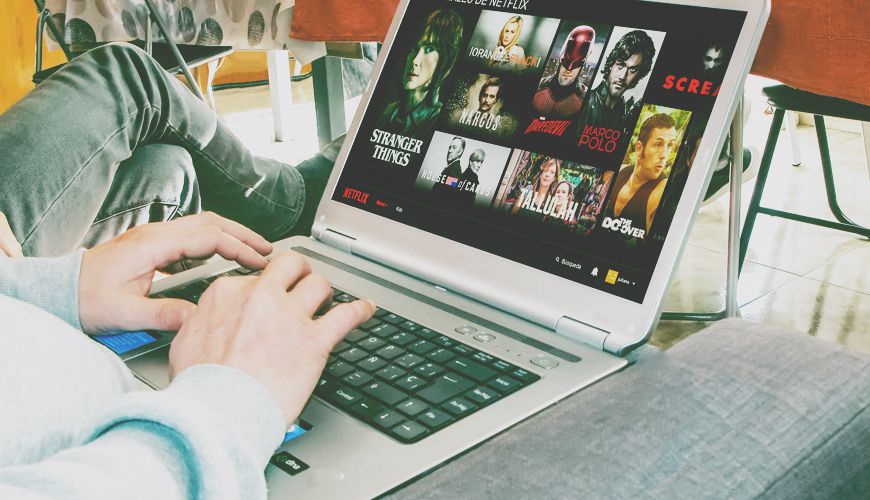 Facebook’s Sheryl Sandberg thinks it “may well be the most important document ever to come out of the Valley”. Meanwhile, TechCrunch says it’s become “a manifesto for the Internet’s economic epicentre”. No, it’s not a magical formula for achieving record user growth, it’s Netflix’s company culture document.

With more than 3.2-million views on Slideshare, the document has attracted the attention of people in Silicon Valley and around the globe.

But what, apart from the fact that it’s replete with bullet points and easy to read, makes it so powerful? And what lessons can we take from it?

The answer to the first question has much to do with the fact that it’s wide-reaching, touching on everything from creativity to survival in the era of disruption. But it’s also down to the fact that it simplifies concepts people have dedicated thousands of column issues to.

As for the second, the short answer is plenty. A slightly longer answer follows below.

One of the biggest perks of working at Netflix is unlimited vacation time (although some would argue that it’s less of a perk than you might imagine). Thing is, many companies can’t imagine implementing such a policy without some way of ensuring that it isn’t abused.

Netflix has no such measures. As the document points out: “Netflix Vacation Policy and Tracking. There is no policy or tracking”.

And when it comes to travel expenses, the video-on-demand service has replaced the usual bureaucratic machinery with five simple words: “Act in Netflix’s Best Interest.”

Later on in the document, it points out, “Responsible People Thrive on Freedom, and are Worthy of Freedom”.

What it’s ultimately saying with these policies is that if you have the right staff and treat them like adults, they’ll behave like adults.

As the Netflix document points out, plenty of companies have nice-sounding value statements. Enron, for instance, had four impressive-sounding values:

But those values meant nothing when it emerged that that its reported financial condition was sustained by institutionalised, systematic, and creatively planned accounting fraud.

“Real company values are the behaviours and skills that we particularly value in fellow employees,” Netflix says.

Among the values that Netflix cherishes in its employees are judgement, impact, and innovation.

It’s interesting that so much of the attention Netflix’s document is getting comes from Silicon Valley, where companies are renowned for using perks to attract top employees.

We say it’s interesting because Netflix pretty much pans anyone who tries to create a great workplace using perks.

As the company notes in the document:

Great work place isn’t day-care, espresso, health benefits, sushi lunches, nice offices, or big compensation, and we only do those that are efficient at attracting stunning colleagues.

That makes a lot of sense: ask anyone why they’ve left a massive corporate to work at a fledgling startup and “perks” aren’t likely to be at the top of the list.

Hard decisions will be made

You’ll hear a lot of companies talk about treating their employees like family. If Netflix is to be believed, that’s a load of bunk.

Instead, its goal is to treat its employees like a team. Not kid’s recreational team, the company is keen to point out, but a professional sports team.

That means having stars in every position, and “coaches” occasionally having to make the difficult decision to cut underperformers.

The test managers use to decide who to retain is pretty simple too. They’re told to ask themselves one question:

Which of my people, if they told me they were leaving in two months for a similar job at a peer company, would I fight hard to keep at Netflix?

It’s not completely heartless though. It believes in giving the “non-star” players who don’t make the cut generous severance packages. This also allows it to quickly open up slots for star performers.

Loyalty is good, within limits

While Netflix isn’t afraid to cut under-performing staff, it is prepared to give a pass to anyone going through a rough patch. All it asks in return is that they give the company the same kind of loyalty when it goes through rough patches.

The corollary however is that it doesn’t expect “unlimited loyalty to a shrinking firm, or to an ineffective employee”.

Some of Silicon Valley’s biggest names have a reputation for being brilliant but having incredibly abrasive personalities (think Steve Jobs and Elon Musk). While there’s undoubtedly a place for people like that, Netflix simply doesn’t have time for them.

“For us,” the company says, “the cost to teamwork is too high”.

One of the biggest truisms from the Netflix document is that companies often struggle to deal with periods of high growth.

The reason for this is that as the company grows, it becomes increasingly difficult to keep the same density of talent that sparked that growth in the first place.

That difficulty can result in a spike in chaos, which the company tries to arrest by increasing procedure. While such an increase in procedure can result in short-term gains for the company, it makes it vulnerable to sudden shifts in technology.

Even more worrying is that once a company becomes embroiled in process, it runs the risk of losing the talent that made it so good in the first place.

Netflix aims to avoid these scenarios by continuing to hire high-performance people. This, it says, allows you to run informally and continue trusting in self-discipline.

Quality is worth paying for

If you’re going to try and attract top players, you’d better be prepared to pay for them. Counter-intuitive as it seems, there’s much to be said for Netflix’s dictum that “One outstanding employee gets more done and costs less than two adequate employees”.

There are plenty of valuable lessons to be learned from the Netflix culture document, but it’s important to note that you can’t simply cut and paste it onto your own company. As Netflix notes, context matters more than control. So if you’re taken with this particular document, your best bet is to take its central tenets and figure out how best to apply them to your own company’s particular context.

Read the full slide deck below: