6 UAE companies that do amazing things for working parents 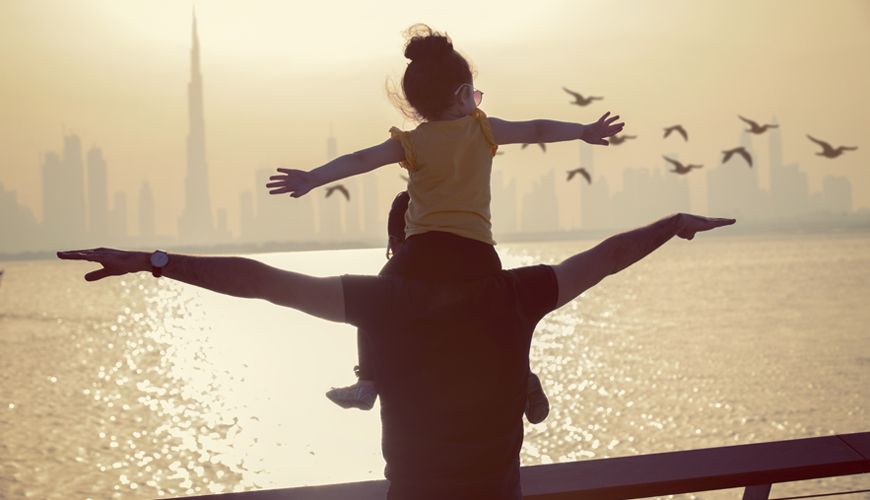 The days when it was normal to have just one working parent in a family are long gone. Sometimes that boils down to economic necessity, but in many cases it boils down to both parents finding fulfilment in work.

Thing is, as much as parents enjoy the freedom and satisfaction that comes with being able to work, they still want to be able to play active roles in their children’s lives.

Top companies around the world have recognised this and are finding increasingly innovative ways for people to parent while still staying on top of their jobs.

Here are a few of the best from across the UAE.

In the UAE, companies are legally required to provide new mothers with 45 days maternity leave.
Recognising that its employees could benefit from spending longer with their infant children, advertising giant Mediacom, in 2015, decided to go some way over and above this.

It now offers female employees a six month maternity leave agreement. The first 10 weeks are fully paid, the next six have the employee on half pay, while the final eight are unpaid.

Others have followed Mediacom’s lead in the interim, with media agency Omnicom and materials handling provider Chep both increasing their maternity leave benefits in 2016.

The Abu Dhabi and Dubai Governments

In Abu Dhabi, working mothers are also allowed to leave work two hours early for a year after their child is born.

In Dubai meanwhile, working mothers in government now have the option of taking two hours off a day for breastfeeding.

Of course, parental benefits are about much more than providing maternity leave to new mothers.

Children are, after all, going to be in a parent’s care for at least 18 years.

One international company, whose UAE presence recognises that, is Microsoft.

One of the UAE’s leading job search and career networking sites, Bayt.com is another regular on ‘best places to work’ lists.

In part, that’s down to the benefits it offers working parents. Employees can, for instance, take advantage of flexi-time. Working mothers meanwhile are also given more flexibility when it comes to things like working from home.

Broadcasting company OSN employs nearly 800 people in the UAE. With employees working hard to keep it ahead in an increasingly competitive space, it’s done a lot to ensure they don’t lose sight of the other important things in their life.

That kind of thinking extends to new parents too. As far back as 2015, the company was offering new mothers six months paid maternity leave. It also offers new fathers five days paternity leave, more than the usual three days offered by most UAE companies.

Furniture retailer The One is another company that’s applied its generally positive approach to employee perks to the parents among its staff.

While all staff enjoy perks like laughing yoga and a relaxed dress code, new mothers benefit from extended maternity leave and the option to come back to work part time, giving them more freedom to be active in their children’s lives.

The companies we’ve listed here show that there’s a willingness within the UAE to be in-line with the leading global trends when it comes to parental benefits.

As companies increasingly look to attract and retain the best talent, it wouldn’t be at all surprising if this trend accelerates in years to come.