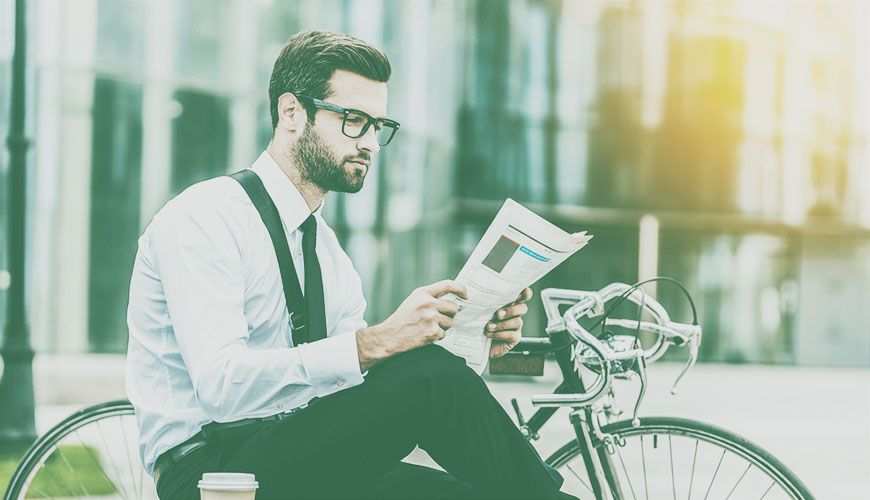 Workplace trends tend to emerge gradually, over years and decades, rather than just a few months. Even with all the communication technologies available to us, it can take a long time for companies to absorb a new trend or way of thinking. That said, every year there are a few landmark stories which get people to sit up and talk about the nature of work.

What follows are some of the best examples of those stories to emerge in 2016.

Towards the beginning of 2016, France caused a massive bruhaha when it announced that it was banning workers from answering emails after-hours. Think-pieces swarmed the internet, with some expressing support for the idea and others mocking the idea of French inspectors cracking down on someone for sending an email at 8PM.

Except, as it turns out, France enacted no such law. What actually happened is that a bill was put before parliament giving employees the right not to communicate after hours.

According to the BBC, if passed, the bill would oblige companies of more than 50 people “to draw up a charter of good conduct, setting out the hours — normally in the evening and at the weekend — when staff are not supposed to send or answer emails”.

No midnight raids for sending emails then, just a gentle nudge towards the kind of agreement between employers and employees that should be standard anyway.

Arianna Huffington gets serious about sleep

Arianna Huffington is best known as the founder of the Huffington Post. In August however, she left the online publication to launch a health startup.

The startup, called Thrive Global, is based on her previous work bringing attention to the fact that we need to be well-rested to be truly productive.

Thrive Global isn’t exactly short on ambition either. On its about page, it says its “mission is to end the epidemic of stress and burnout by offering companies and individuals sustainable, science-based solutions to enhance both well-being and performance”.

2016 saw a good few stories around women being forced to wear high heels at work. All of them showed just how archaic and ridiculous these kinds of rules are.

One of the biggest stories saw Nicola Thorp, a corporate receptionist at PwC’s London offices, told to go home without pay unless she went out and bought heels that were between two and four inches high after she arrived in flats.

“I was expected to do a nine-hour shift on my feet escorting clients to meeting rooms. I said I just won’t be able to do that in heels,” she told the BBC.

In the aftermath, she set up a petition to the government, demanding “women have the option to wear flat formal shoes at work”.

Not long after, the issue got attention across the Atlantic when a Canadian woman posted a photo of her friend’s bloodied feet on Facebook. The injuries, including a lost toenail, were the result of the woman’s friend having to work a full shift as a waitress in one-inch high heels.

Can we all just agree that there’s no good reason to force women into wearing heels, especially not as we venture boldly forth into 2017?

If there’s any profession where you don’t want workers to be overworked and exhausted, it’s doctors. People’s lives are, quite literally, in their hands. Yet medical professionals are often forced to work long, gruelling hours with little time for rest.

Towards the middle of 2016, it emerged that the situation was particularly bad in South Africa, where junior doctors were often-working 30-hour plus shifts. The consequences for patients and doctors alike were, at times, deadly.

In the wake of protests, and an eye-opening documentary, the maximum shift a junior doctor will be able to work from January 2017 onward is 24 hours.

In the UAE meanwhile, an exciting new initiative was launched in October. Vice President and Prime Minister of the United Arab Emirates and Ruler of Dubai His Highness Sheikh Mohammed bin Rashid Al Maktoum announced a new law giving workers time to read during office hours.

The law will see employees given dedicated time to read during working hours. Another provision meanwhile will see the government providing families with new-born babies a “knowledge briefcase”. Although it is not clear what exactly will be included, we presume it will contain a selection of children’s books.

Given the obvious benefits reading has on the brain, it’s a law that makes a lot of sense.

Gender-based pay gaps are a massive issue around the world, with women even in highly-developed nations earning, on average, significantly less than their male colleagues. While there have been various protests against this disparity, our favourite for 2016 comes from the women of Iceland. In response to the fact that they earn an average of 14% less than their male colleagues, the women of the tiny mid-Atlantic island simply started leaving work 14% earlier.

What news stories related to work grabbed your attention in 2016? Let us know in the comments section below.