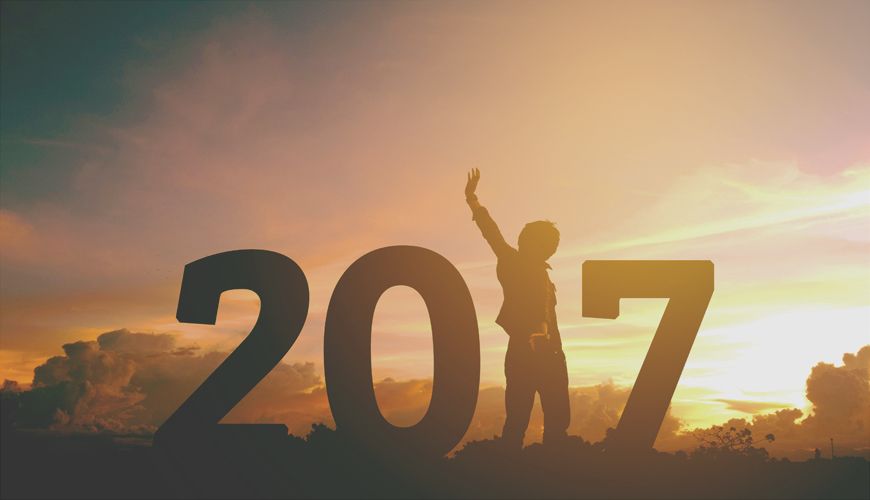 So much has happened in 2017 that there have been times when it’s been difficult to keep up with the actual news, never mind what’s going on in the world of work.

There have, however, been plenty of big working stories in 2017, some of them inextricably linked with the year’s biggest news events.

Here are a few that we think you should know about.

When we look back on 2017, we’ll remember it as a year when women around the world dared to expose the men who’d sexually harassed them throughout their lives.

The movement really took off in October, thanks to the #MeToo campaign, which went viral in the wake of sexual misconduct allegations against film producer and executive Harvey Weinstein.

While the hashtag saw many high-profile women sharing their own stories of sexual harassment, some of the most powerful stories came from everyday female workers.

While there’s clearly a long way to go when it comes to eradicating sexual harassment in the workplace, the fact that so many women now feel empowered to speak up can only be a good thing.

Twitter copped a lot of flack in 2017 for allowing US president Donald Trump to continue tweeting, despite his apparent flouting of the social network’s usage terms.

In November, an employee appeared to give users a parting gift as they deleted Trump’s account on their last day in the office.

It later turned out, however, that they’d de-activated the account by mistake, saddening people around the world.

The UAE government is on a mission to make the country a model of futuristic service delivery. One of the best examples of this saw the country’s leaders announce a completely autonomous smart government service centre in September.

Located in Dubai, the centre will reportedly combine 14 government entities under one roof and will provide a smart access to more than 100 government services offered by eight public entities.

While centres like this do promote efficiency, countries with high levels of unemployment may be less inclined to adopt the model, for obvious reasons.

Iceland makes it illegal for men to earn more than women

In the 2016 edition of this article, we told you about how Iceland’s female workers were leaving the office 14% earlier than their male colleagues. The reason? They were being paid, on average, 14% less.

The protest grabbed the attention of the world and the Icelandic government.

In April this year, a law was passed in the mid-Atlantic island nation, making it illegal to pay men more than women.

Any companies not able to produce certificates of equal pay will be subject to substantial fines under the new law.

Tesla accused of being ‘hotbed for racism’

We tend to think of Tesla as a great example of an innovative company, working hard to change the world in positive ways.

If a lawsuit filed in November is to be believed, however, the company’s workplace practices may be less evolved than you might expect.

In the lawsuit, an African-American former employee claims that the electric car manufacturer’s production floor is a “hotbed for racism”. He also claims that he was fired after complaining to CEO Elon Musk.

For its part, Tesla refutes the allegations.

Uber has a very bad year

Months before #MeToo took the world by storm, revelations of sexual harassment at Uber threatened to sink the ride-sharing company.

The sluice gates were opened following a revelatory blog by former executive Susan J Fowler. The investigations that followed revealed a culture of entitlement, toxic masculinity and rampant sexism.

Investors demanded blood, with several executives, including CEO and founder Travis Kalanick forced out of the company.

It remains to be seen if the company can turn things around.

What work stories caught your attention in 2017? Let us know in the comments section below.

5 Technologies you need to own before taking a workatio