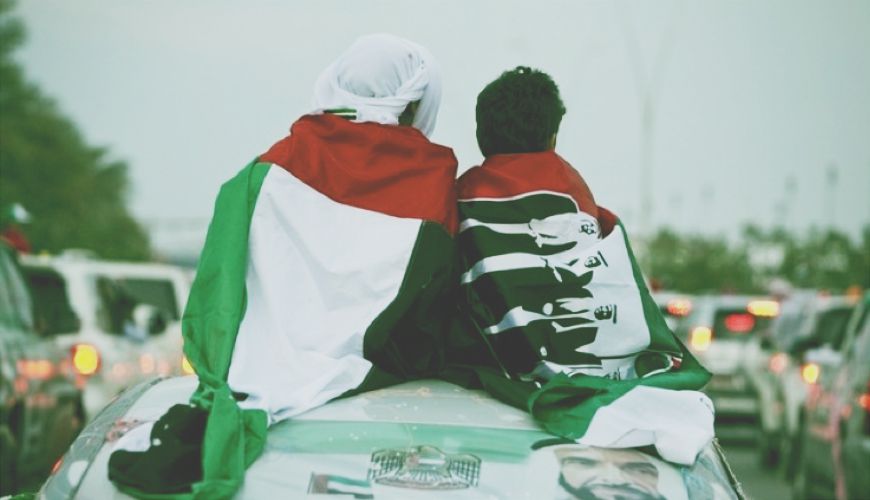 No matter where you look during the build up to UAE National Day, you cannot fail to see the plethora of green, red, white and black adorning everything from buildings to buses. On 2 December, expats and Emiratis alike come together to celebrate the day the six original emirates of the UAE came together in 1971 (the seventh, Ras Al Khaima, joined in 1972).

Official celebrations for the day include airshows and military parades while inhabitants of the various Emirates organise parties, deck out their cars and houses with patriotically-themed decorations, and hold fireworks displays.

With 2016 marking the 45th anniversary of the union, celebrations are expected to be bigger than usual this year.

While you and your staff probably won’t be at work on the day, or the ones immediately surrounding it, there’s no reason you shouldn’t get into the spirit of things.

Here are a few ideas you can implement in your own office.

Have an Emirati feast

The UAE has pretty cosmopolitan tastes when it comes to food, but that doesn’t mean the region doesn’t have its own traditional cuisine. There are a number of venues where you can try Emirati cuisine, but make sure you book before turning up with your whole team.

To add to the general sense of festivity, encourage everyone to dress in traditional garb or the colours of the flag.

Take in a little heritage

While the UAE may have only been around as a political entity for 45 years, the country is actually rich with history. Why not expose your employees to a piece of that history by taking them to a Museum?

The Dubai Museum (also opened in 1971) is one good option. The museum is located in the Al Fahidi Fort, which is Dubai’s oldest building, having been erected in 1787.

It is meant to present the traditional way of life in the Emirate of Dubai and includes local antiquities as well as artifacts from African and Asian countries that traded with Dubai.

It’s worth mentioning that, at AED3 an adult, a trip to the museum won’t break the bank either. There are also museums in every emirate, so you can take in a dose of culture no matter where you are.

This one comes with a warning: for some people, the idea of singing in public is completely and utterly terrifying. That said, songs are a big part of National Day celebrations. Aside from the National Anthem, a number of songs have been released in honour of National Day.

While we wouldn’t suggest mass singalongs (unless you’ve got that kind of office), you could take a little time out of the week leading up to National Day to ensure everyone knows the national anthem or for a presentation on some of the songs that have been released in honour of past National Days. As you’re taking everyone through the song meanings, just remember to keep it interesting and engaging.

In a similar vein, you could help foster a sense of office comradery by getting Arabic speakers to teach non-Arabic speakers a few basic greetings and phrases.

If you’re going to get into the spirit of National Day, you might as well go all-in. Cover the office in red, green, black, and white balloons and bunting, give people mini flags for their desks, and get some patriotically-coloured flower arrangements.

However you choose to celebrate National Day, remember to have fun and don’t let work get in the way of the celebrations.