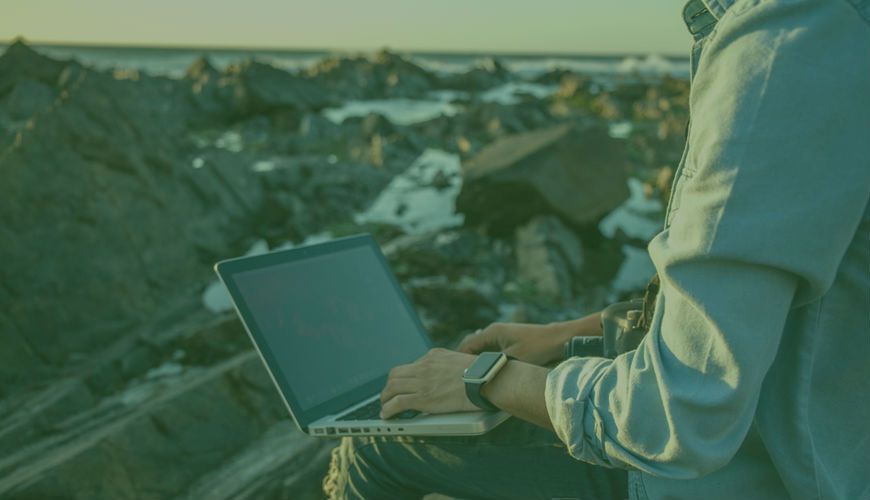 All around the world, people are increasingly moving from office jobs with set hours to gig-based freelance work. Some do it because they want freedom and flexibility, others because they’ve been laid off from their office jobs and haven’t been able to find a new one.

South Africa is no exception, with some choosing the freelance lifestyle and others being forced into it by economic circumstances.

But what other trends are impacting South African freelancers? While it’s difficult to get a total picture, we took a dive into some of the best available resources to give you the lowdown on where things are going.

The pay sucks, if you’re in the media

The media has been hit by digital disruption harder than almost any other industry. As once thriving newsrooms contract, or even close, large numbers of journalists, editors, and photographers have had to go freelance.

Unfortunately, it’s not always the most lucrative option. In 2016, the South African Freelancers’ Association (SAFREA) — an organisation which looks after freelancers in the media space — surveyed its members and found that their average income was less than R10 000 a month.

That’s not great, considering that 60% of those surveyed freelance full-time, with just 17% doing it part-time for extra income.

That’s not to say to there aren’t freelance media professionals making serious money in South Africa, just that their numbers are very small. According to SAFREA, just 2.2% of those surveyed earn more than R61 000 a month.

Traditionally we think of freelancers as professionals such as writers, editors, photographers, and strategists. Thanks to technology though, people in more traditionally blue-collard sectors can jump aboard the freelance bandwagon.

Take Uber for instance. While it’s arrival in South Africa did create jobs for people who drive for the platform full-time, there are others who do it to supplement their day-time incomes and pensions.

Tradespeople meanwhile can make use of services such as Redfish to take on jobs at hours that suit them.

There is international market is ripe for the taking

South Africa’s time zone and favourable exchange rates play into the hands of businesses looking for international clients. The same is true for freelancers.

While not everyone will have the networks needed to get direct freelance business from international clients, that doesn’t necessarily have to be a barrier.

Sites like Upwork allow you to bid for work that pays in US dollars. It’s important to note, however, that freelancers using these sites should play to their experience and not take on big jobs for very little money. It’s rapidly becomes a self-destructive cycle and contributes to the cheapening of the industry as a whole.

It’s dominated by women (in the media)

If SAFREA’s survey is anything to go by, the majority South African freelancers are women. According to the association, some 78% of the country’s media freelancers are female.

The organisation says that this is consistent with international data that suggests freelancing is a female-dominated profession.

People stick with it

It’s tough to get a gauge of how many people stick with freelancing in the wider South African scene, given how many industries now make use of freelancers. If the media space is anything to go by though, then it seems that most people who’ve had a taste of it don’t want to turn back.

According to SAFREA, some 44% of South African freelancers in the media space have been freelancing for more than 10 years.

While there are a variety of reasons why, you have to think that the lifestyle plays a reasonably large part.

What direction do you see the South African freelance space taking? Let us know in the comments section below.