5 TED talks every freelancer should watch 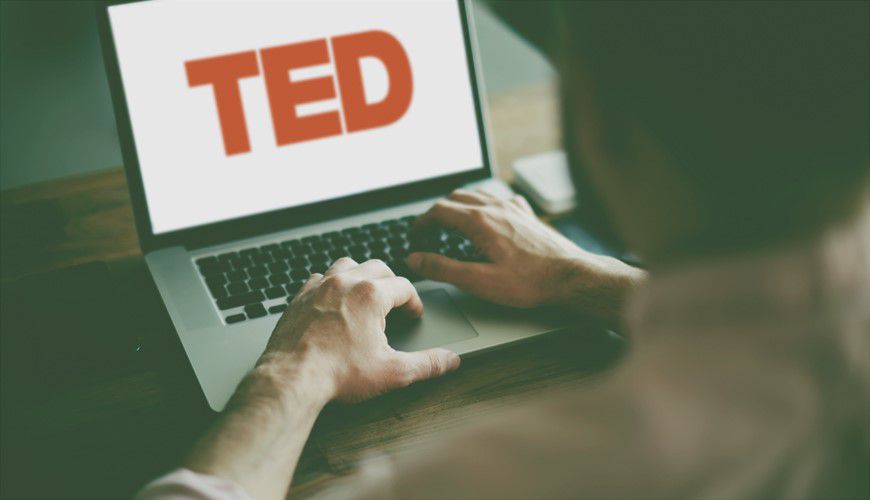 Over the years, TED talks have provided inspiration to millions of people around the globe. That’s hardly surprising. After all, they combine punchy delivery and a simple distillation of complex concepts with incredible storytelling.

But are TED talks useful to freelancers? If so, where should they look for inspiration, and for stories that resonate?

Well, we think the answer to the first question is a very firm “yes”. And when it comes to the other two, we’ve had a dig through the TED archives to try and provide an answer.

Becky Blanton: The Year I Was Homeless

Unless they’re a trust fund beneficiary, most freelancers are afraid of what’ll happen to them if the work dries up. How will they pay the rent and the wide array of bills that come with being an adult? How will they feed themselves?

In this brutally honest talk, Becky Blanton discusses how she dealt with that precise scenario.
Originally planning to live out of her van and work while travelling the United States, depression set in and she lost her freelance job. As a result, she became one of America’s working homeless.

While there are plenty of lessons to learn from Blanton’s story there’s also hope that even the most overwhelming of situations can be overcome.

If you’d love to be a freelancer, but don’t think you could ever do it, watch this video.

After 15 years in the British diplomatic corps, Carne Ross became a “freelance diplomat,” running a bold non-profit that gives small, developing, and yet-unrecognized nations a voice in international relations.

While Ross uses the talk to plea for a new kind of diplomacy, it’s fascinating to hear how you can use your knowledge with the right passion and ideas.

Emile Wapnick: Why some of us don’t have one true calling

There are plenty of reasons people choose to become freelancers. For some, going into an office every day just feels too stifling. Others just want to have more time to spend with their kids. But for a lot of freelancers, it’s about being able to pursue their multiple interests.

In this talk, Emile Wapnick argues that, contrary to what we’re told by society, we shouldn’t pity this last group, but celebrate them.

She’s even got a term for people taking on a variety of interests: “multipotentialite”.

Dan Pink: The Puzzle of Motivation

When you’re a freelancer, the only things motivating you to keep going are, well, you and whatever deadline you’re chasing.

In this talk, Dan Pink argues that traditional incentives using punishment and reward don’t really work. If you want to motivate people, he argues, you have to drive intrinsic motivation. That is, you have to make people feel like their work matters and is rewarding.

While he applies it to business, there’s a clear lesson for freelancers: don’t just chase the pay-cheque. Try and find the value, outside of money, in every job you do.

Sarah Lewis: Embrace the Near Win

If you’re really making a big go of freelancing, chances are you’ll put everything you have into each new project. Thing is, you simply can’t expect to hit every project out of the park.

In this talk, art historian Sarah Lewis talks about the near-wins and almost failures that are actually far more valuable for our growth than the things we get right first time.

It’s an idea that was sparked during her first museum job, when she noticed something important about an artist she was studying: Not every artwork was a total masterpiece.

We’re not saying you shouldn’t put in the effort, just don’t be so hard on yourself.