5 mental shifts you need to build a successful intrapreneurial programme 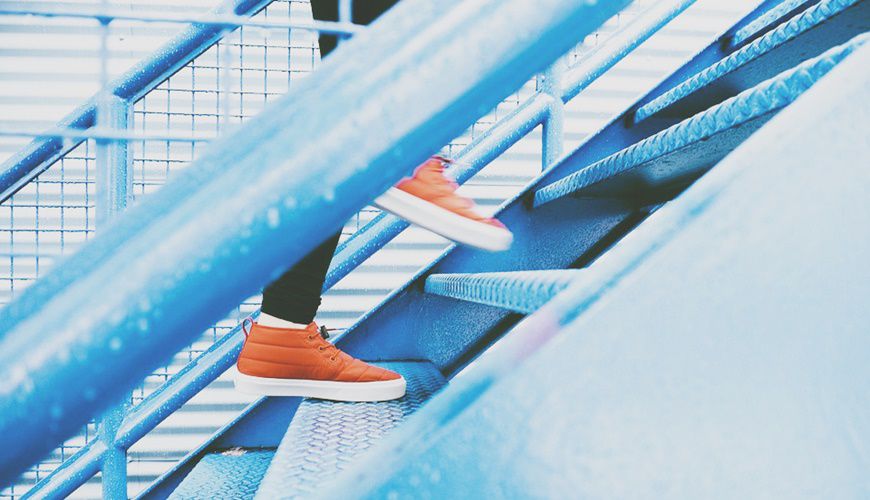 In an age where entrepreneurs are treated with a mix of awe and veneration, it’s not exactly surprising that there’s a clarion call among corporations to encourage their employees to be more entrepreneurial.

This act of behaving like an entrepreneur within an organisation is known as intrapreneurship and, as we’ve previously established, it has a much longer history than you might imagine.

But there are still plenty of businesses out there who would like their employees to be more entrepreneurial, but have no idea how to get started.

While every organisation is different, there are a few mental shifts every business can take in building an intrapreneurial programme. Using examples from companies that have built such programmes successfully we’ve outlined what some of those shifts are.

Let go of the ego

If you’re right at the top of the organisation it might be tempting to believe that you can push your team to be more entrepreneurial, or maybe even lead by example. Here’s the thing though: you can’t.

In an in-depth paper exploring intrapreneurship, Deloitte points out that it is instead “a bottom up approach which relates to individual employees taking an initiative to advance their company as a whole”.

Moreover, taking that approach often means that these employees have to “operate at the boundaries of organisations, stretching current products, services, and technologies and thus increasing diversification, developing new organisational capabilities, and fostering disruption.”

If you’re in charge of an organisation, you can’t really afford to do that. Your job is to keep the company on track. So what can you do?

Not everyone in your organisation is going to be entrepreneurial (although, if it’s a startup, the likelihood is higher), so before embarking on any intrapreneurial programme, it’s important to identify the people who are likely to embrace it.

As Dixie Gillaspie writes in Entrepreneur, a good intrapreneur has to “understand the relationship between risk and reward and be willing, even excited, to put a lot into the pool in exchange for the opportunity to net a significant return with no guarantee of success”.

In terms of identifying those people, there’s actually a fairly good chance they’ll identify themselves. You just have to be receptive to it.

When Andy Goldstein – a serial entrepreneur in his own right – approached his bosses at Avanquest with the idea for SoftCity, an online community for software users, they initially rejected it. However because the CEO was receptive to the idea, he eventually became a sponsor for the project and helped push it through.

“I’m certain that my idea would not have been implemented if the CEO had not been absolutely committed to it,” he told Deloitte.

Any successful company founder will tell you they had a pretty good idea of how much time and money they had before the business needed to start bringing in revenue and then making a profit. And if someone else’s money was in play, they’d have an even better idea.

It’s something crucial to entrepreneurship and the same is true for intrapreneurship.

Before giving employees free rein to explore a new project, ensure that they know how much money you’re committing to it and how much time they have to complete it.

Doing so doesn’t just ensure that resources valuable resources (?) don’t get wasted either. Constraints can actually aid in innovation.

You can be flexible to a degree, but there’s a reason that bootstrapped startups tend to be profitable much earlier than those which receive funding.

There’s no reason why the same shouldn’t be true for an internal project.

Some of the best products built inside companies have come about because of serendipitous connections between the right people at the right time.

An example of this is the Post-it note. The scientific process for making the adhesive so crucial to the Post-it note was pioneered by 3M scientist Dr. Spencer Silver in 1968. Sometime later, one of his colleagues, Art Fry, attended a seminar by Silver and came up with the idea of using the adhesive to anchor his bookmark in his hymnbook. According to Wikipedia, “Fry then utilised 3M’s officially sanctioned “permitted bootlegging” policy to develop the idea”.

While you can’t guarantee this kind of serendipity, you can encourage it. Some companies have completely redesigned their headquarters, but if that’s not possible you can still hold events where people from different parts of the company get to know each other and have space to share their ideas.

If you’re really going to allow your employees to be entrepreneurial, you have to give them the freedom to “fail early, fail fast and fail often”.

There are a plethora of reasons why people should be given the freedom to fail but perhaps the most important is that when you’re not afraid to fail, you can make much braver decisions.

One way to ensure that your employees feel comfortable failing is not to bet the farm on their ideas. As much as you should encourage employees to be entrepreneurial and innovative, the day-to-day business of your company must carry on.
It’s the reason why companies who give their employees time to work on entrepreneurial project tend to give them a relatively small portion of time (think of Google’s 20% time). Once the project’s at a reasonable stage, that leash can be loosened and they can be allowed to spend more time on it.

These are just some of the mental shifts you need to make when instituting an intrepreneurial programme. You may discover others as you go along. Importantly, you should also be aware that these kinds of shifts won’t happen overnight. It will take time for your most entrepreneurial employees to shine through. Get it right though and the rewards will be immense.