5 Legendary bosses who were a nightmare to work for 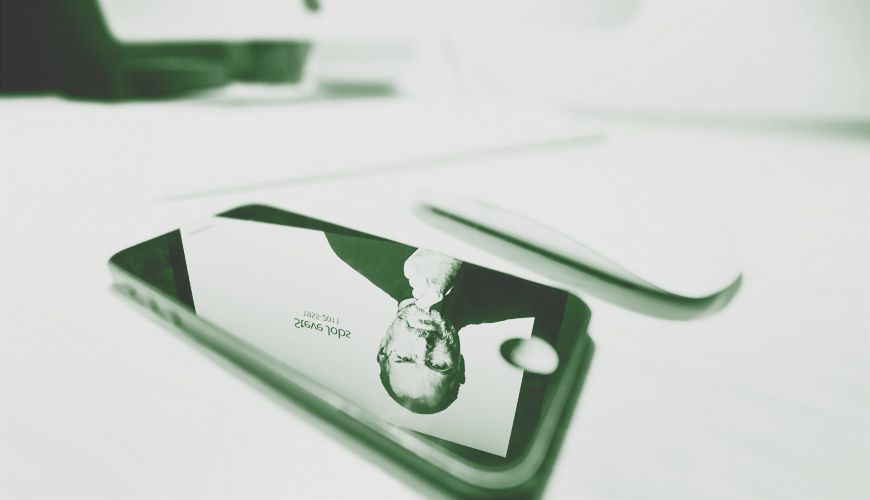 Throughout corporate history, a few names have stood head-and-shoulders above all others. These titans of enterprise are the kind of people who take small-time companies and turn them into global icons. Small wonder then that their names often become synonymous with the companies they run. Just because they do brilliant things for the company however, doesn’t mean they’re easy to work for.

In fact, the opposite is sometimes true with some of history’s greatest CEOs being notoriously difficult to work for.

In many instances, that dichotomy comes about because these visionaries are so consumed by their quest for greatness that anyone perceived to be standing in their way becomes an immediate target. What follows are a few examples of some of the most notoriously difficult “brilliant” bosses in corporate history.

To most of the world, Steve Jobs was an innovative design thinker who created, was kicked out of, and then resurrected one of the greatest technology companies the world has ever seen. To the public, he was a smiling man in jeans and black turtle-neck, showing the world what technology could do for ordinary people.

There was, however, a much darker side to the Apple founder. His biographer called these two versions of Jobs, “good Steve” and “bad Steve”. Good Steve was the one the public saw, Bad Steve on the other hand, The Atlantic writes, “was petulant, rude, spiteful, and controlling, a man who thought nothing of publicly humiliating employees, hogging the credit for work he hadn’t done, throwing tantrums when he didn’t get his way, or parking his Mercedes in handicapped spots”.

Since Jobs’ death in 2011, Elon Musk has emerged as the world’s favourite visionary businessman. While the comparison works from a popularity perspective, the Space X founder and Tesla CEO is, if anything, more ambitious than Jobs. With his desire to change the way the world drives, powers itself, and explores space, it’s easy to see Musk as a near-Messianic figure.

Thing is, the drive to achieve all those things comes at a cost. In a 2010 interview with Marie Claire, his ex-wife Justine revealed how she slowly took a back seat to his work and became a trophy wife. Working for him meanwhile appears to be a massive challenge. In 2015, he told the Wall Street Journal that he would describe himself not just as a micro-manager, but a “nano-manager.”

Anyone who’s had to deal with that kind of manager knows how much of a challenge they can be. Perhaps the most difficult part of working for Musk however is keeping up with his high standards.

According to one former SpaceX employee:

Working with him isn’t a comfortable experience, he is never satisfied with himself so he is never really satisfied with anyone around him. He pushes himself harder and harder and he pushes others around him the exact same way. The challenge is that he is a machine and the rest of us aren’t. So if you work for Elon you have to accept the discomfort.

Former Intel CEO Andy Grove was a hero to many in the tech space. An immigrant who escaped from communist Hungary aged 20, he played a major role in taking Intel from a startup to one of the most important companies on the planet.

The way he achieved that greatness however, wouldn’t exactly fly with contemporary theories on how to get the most out of your employees. His management style is perhaps best summed up by his saying “only the paranoid survive”. One of the best examples of this was keeping a “late list” for anyone who didn’t arrive at work on time. He also had a reputation for hauling employees over the coals when they didn’t meet his standards and demanding they work long hours. Small wonder then that a 1986 article described him as Silicon Valley’s “toughest boss”.

Hoover was the director of the FBI for an astonishing 37 years, between 1935 and 1972. As Wikipedia notes, he is credited with building the FBI into a larger crime-fighting agency than it was at its inception and with instituting a number of modernizations to police technology, such as a centralised fingerprint file and forensic laboratories.

That’s a pretty great legacy. Tarnishing it however, is an increasing body of evidence which shows that he abused the powers granted to him as director. According to UK newspaper, The Independent he would call on FBI employees 24 hours a day, forcing them to do tasks around his home.

Anna Wintour is one of the most powerful people in fashion. The editor-in-chief of Vogue since 1988, she is credited with turning what was once a stagnant title into the leading voice in the fashion industry.

As a boss however, her reputation for hardness was cemented with the release of The Devil Wears Prada, written by her former assistant Lauren Weisberger. While the book – and subsequent movie adaptation – isn’t a one-for-one telling of Weisberger’s time serving under Wintour, she does say there were more than a few elements that reflected reality, telling the Daily Mail that the publishing titan was even scarier in real life. To be fair, Wintour has done much to redeem her image in more recent times.

While all the business leaders featured above undoubtedly achieved great things, it would be foolhardy to say that they did so because of their management style. As this article in The Atlantic points out, companies like Google, Southwest Airlines, and Virgin have all built world class brands without tyrannical managers.

So if it wasn’t these leaders’ management style that made these companies great, then what did? In all likelihood, it comes down to their employees possessing the kind of shared sense of passion and purpose that makes it possible to put up with difficult bosses.

Do you have a boss who sits on the opposite side of the spectrum and is amazing to work for? Tell us what makes them great in the comments below.