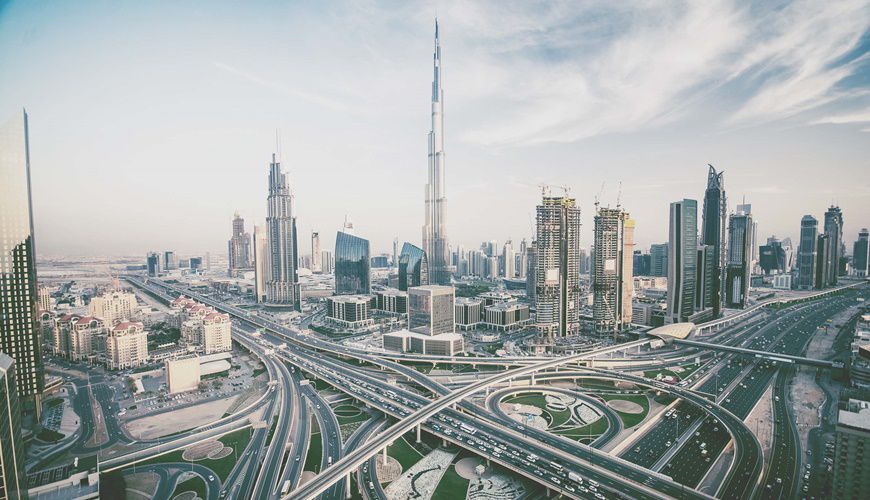 In little over a generation, the UAE’s major cities have transformed beyond recognition. Take Dubai for instance. In 1995, it had a population of 1.2-million people. Twenty-one years later, that number sits at around 2.5-million, and is expected to hit 3.4-million by 2030. Abu Dhabi meanwhile has more than double the population it did in 1995 and Sharjah’s population grew from 800 000 in 2008 to 1.4-million in 2015. That population boom has, naturally, meant a lot more people commuting between home and work.

As a consequence, many of the major routes within, and between the cities, suffer from serious traffic jams. In fact, Dubai is now the most congested city in the Middle East.

In a bid to alleviate that congestion, a number of innovative projects are underway across the UAE. We’ve identified some of the most high-profile of them.

When maverick entrepreneur-cum-scientific-genius Elon Musk released plans for the Hyperloop in 2013, he set the world abuzz. While Musk declined to actually develop the vacuum-based high-speed transportation solution, he inspired others to do so. Perhaps the most well-known of these is Hyperloop One, which has a staff of 200 across three campuses in Los Angeles and Nevada.

Although it’s based in the US, the startup has also inked a deal with Dubai to investigate the feasibility of building a Hyperloop track between the city and Abu Dhabi.

If the near-supersonic transport solution comes to fruition, it could see transport times between the two cities slashed to 12 minutes.

Self-driving cars, which are already rolling out in cities around the world, could potentially have a massive impact not just on car ownership and urban design, but also on traffic flow. While the benefits for individual owners are clear and obvious, perhaps the best applications for self-driving vehicles come in the mass transportation space.

Dubai seems to agree with that too. Earlier this year, the city deployed a fleet of cars — each capable of carrying 10 people – in the downtown district.

While the cars, each capable of a top speed of 25km/h, were only part of a month-long trial, the project is in line with H.H. Sheikh Mohammed bin Rashid Al Maktoum, Vice President and Prime Minister of the UAE and Ruler of Dubai’s, vision to turn 25% of all mobility journeys in Dubai driverless by 2030.

Okay, this isn’t so much about alleviating traffic as it is about eliminating a major problem associated with traffic. That said, it’s still pretty innovative.

According to Time Out Dubai, Abu Dhabi Department of Municipal Affairs and Transport is testing out a new system of sensors that would automatically give the green light to emergency vehicles at key intersections.

The idea is that traffic going in the same direction would be more easily able to move aside while moving than while standing still. It’s hoped that this would then allow traffic to return to normal faster once the emergency vehicle has passed by.

Sometimes the best form of innovation is improving what you already have. And on that front, things are heating up across the UAE. A new freeway between Dubai and Abu Dhabi, capable of hosting 8000 cars an hour, recently opened ahead of schedule. The road includes four lanes on either side, 800 environmentally friendly lights, as well as six lay-bys for emergency use.

When it comes to public transport meanwhile, expansion is planned for the Dubai Metro and Abu Dhabi’s bus system is set to expand with the creation of new stops and more frequent services.

Another proposed traffic solution involves allowing people to once again do something they’d been barred from doing. After Dubai opened up its tram network (which is set to expand even further), a number of left and U Turns were closed for fear that they would cause collisions. With the intersections largely accident-free, the Road Transport Authority (RTA) believes people have become used enough to the trams and has re-opened nearly all the left and U turns which were previously closed.

While all the solutions we’ve listed here are innovative and will make a difference to traffic congestion in the UAE, none of them can do it on their own. If congestion between and within the country’s major cities is to be solved, it’ll take all of them working together in an integrated manner as well as the careful adoption of any other emerging technologies.