4 Examples of corporates who are taking coworking very seriously 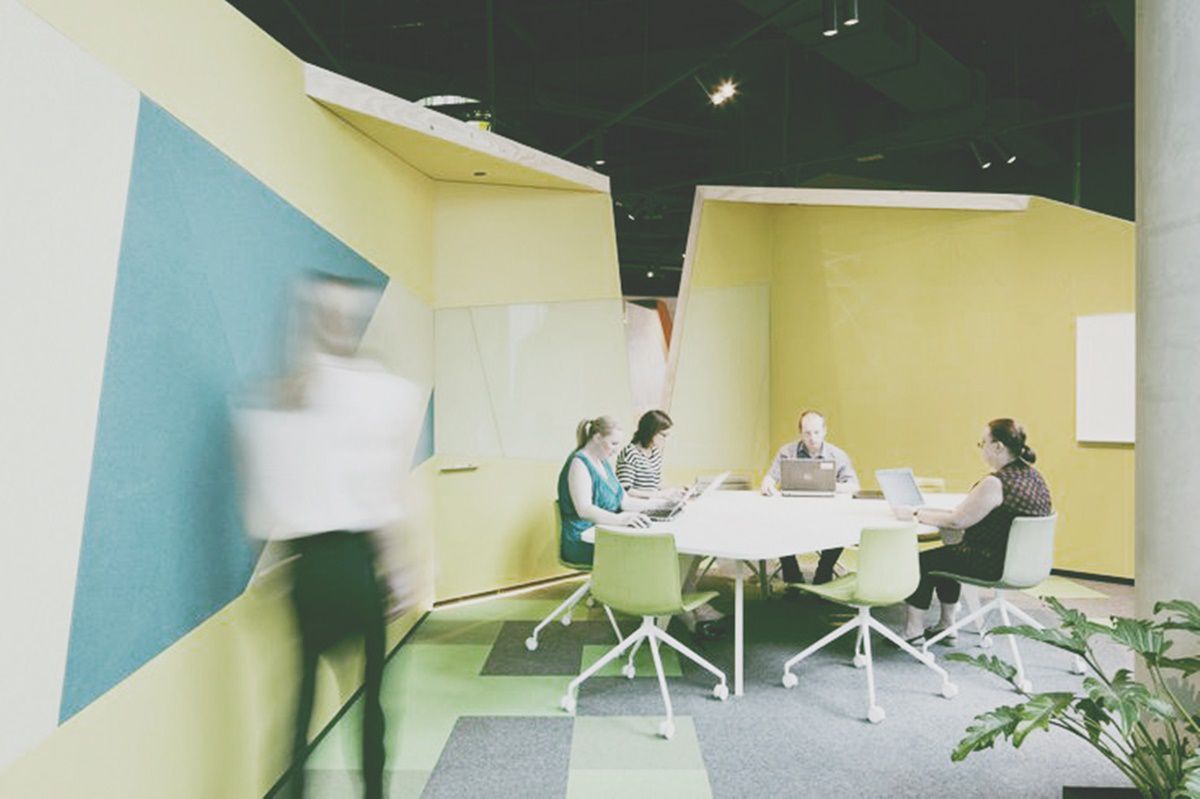 We tend to associate coworking spaces with entrepreneurs and freelancers. That’s hardly surprising given that those are the groups these spaces were originally aimed at. But as these spaces have grown in popularity, big corporates have started to sit up and take notice.

Some allow their employees to spend time in these spaces, realising that doing so can be seriously beneficial. Others have set up permanent satellite offices in these spaces, hoping to find their next big acquisition target, or a client that they can nurture to global growth. Still others meanwhile have taken things a step further and have actively started building coworking spaces.

It is this last group, which covers a surprisingly large range of industries, which this article is interested in.

In line with that, we’ve compiled a list of some of the best examples of big corporates around the globe getting involved in coworking arena.

Other big banks embracing coworking include The Royal Bank of Scotland, which has opened up a coworking space in its flagship St Andrew Square Branch in the heart of Edinburgh, the National Australia Bank, and BNP Paribas Fortis. While all of these spaces support entrepreneurs, many of them also encourage their employees to spend time in these spaces.

Others have gone still further, bringing startup accelerators and incubators founded on coworking principles into their own corporate HQs. One example of this is South Africa’s Standard Bank, which in 2015 opened up The Playroom, which is designed to unleash innovation from staff, entrepreneurs, and clients. Just like banks, the insurance industry faces serious disruption from the startup sector. But also like banks, they have a lot to gain by sticking close to entrepreneurs. It should hardly be surprising then that insurers have also started to get in on coworking.

One of the most high-profile examples of this is NextDoor, from US insurance giant State Farm. A café-style coworking space, NextDoor is also meant to act as a kind of community centre.

“At Next Door,” Jim Blackstock of Deskmag writes, “you could work on your freelance projects, take classes on social entrepreneurship or how to write a business plan, and even meet with a financial coach to help plan for your retirement”.

Unlike the other examples in this article, the decision by furniture company Steelcase to launch a series of coworking spaces (called Workspring) might seem a little left-field. But once you delve a little deeper it starts to make sense.

The spaces are premised on research Steelcase did on work behaviour and environments. The resulting spaces apparently take “cues from a ‘collaborative consumption’ model” and are designed to promote employee wellness.

Also unlike the other examples on the list, Steelcase is happy to go all-in on Workspring. When asked what would happen if a corporation wanted to rent out all 100 desks at a Workspring location for its employees, a manager told Deskmag that the company “might build a new Workspring for them”.

Zappos, the online fashion retailer is perhaps as well known for looking after its employees as it is for its ecommerce nous.

Less well known is the fact that the company at one stage helped develop a coworking space from within its Las Vegas headquarters. Launched in 2012, the experiment eventually grew to include nearly 200 stakeholders, including Zappos employees, area residents, startups, independent workers, and others.

According to HBR, the spaces were fashioned together from a series of existing spaces, including “a coffee shop, the courtyard of a Thai restaurant, an old church hall, the lobby of a casino, and an empty corporate apartment”.
The results were astonishing. As HBR reports:

After six months, data revealed a 42% increase in face-to-face encounters, a 78% increase in participant-generated proposals to solve specific problems, and an 84% increase in the number of new leaders—participants who initiated work and collaboration and developed project scope and objectives. Ten new civic and local community projects were launched—including the Sunday Reset Project, a monthly event to promote healthful living.

With those kinds of results, it seems likely that what we’re seeing now is just the start and that we’ll see a lot more corporates taking the coworking route.